The hottest spots during the city's hottest festival. 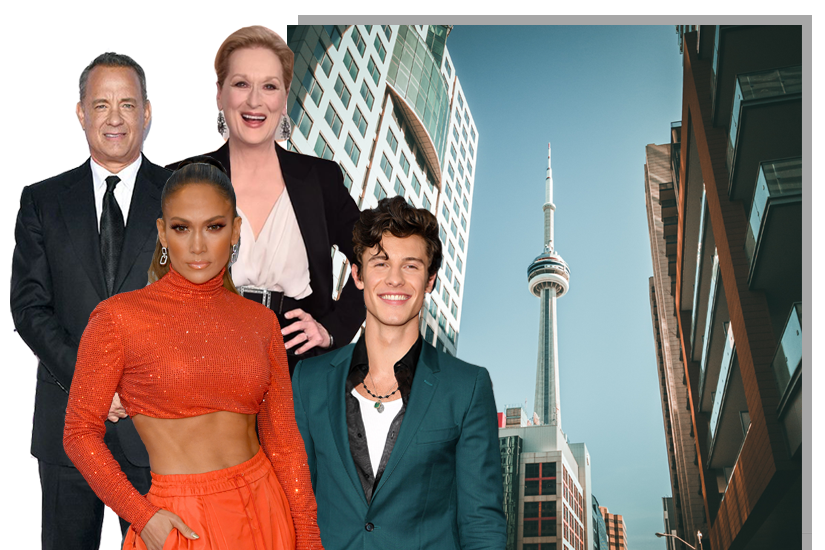 The annual Toronto International Film Festival is the buzziest event in the city’s social calendar. (View our list of the top films to see at TIFF 2019, here.) The streets are transformed into red carpet events and the possibility of celebrity sightings skyrockets – especially if you know where to go.

See our list of the best places to spot a celeb in Toronto during TIFF, below.

Secret’s out! We’re the new host of The @HollywoodReporter Studio during the Toronto International Film Festival. Stay tuned for what we have planned including our @MoetChandon Champagne Lounge POP-UP! ??✨ #ToastToTIFF #TIFF19 #LiveExquisite

It’s the first year the St. Regis is doing TIFF, so they’re pulling out all the stops. Stop by the Moët & Chandon TIFF Champagne Lounge for some bubbly, then check out the portrait studio with The Hollywood Reporter in the hotel lobby, where, even if you don’t spot a celeb, you can get your portrait taken to feel like one. (The portrait studio will run from 6 p.m. to 9 p.m. from September 5th to 9th.) Looking for a night cap? LOUIX LOUIS and the Astor Lounge have an extended liquor license to serve until 4 a.m. from September 5th to 15th.

Despite Drake’s ambivalence toward this hotel chain, The Intercontinental is a hot spot for celeb sightings at TIFF, thanks to its proximity to the festival and longtime home to gifting and photography suites. (ELLE Canada is hosting a portrait studio with ET Canada at the hotel – stay tuned for celebrity images!)

An official TIFF hospitality partner, this fine-dining venue will host several industry events this year, most notably the Nordstrom Supper Suite. You also can find the Mademoiselle Champagne Lounge on the lower floor, which, apart from having some of the most premium champagnes of the world, also has a custom vending machine filled with mini Moët bottles.

Baro, a King Street staple and favourite with the locals, features three floors of Latin American flavour, from a speakeasy to a rooftop lounge. The L.A. Times is setting up shop again this year for celebrity interviews. Last year, Natalie Portman and Salma Hayek stopped by.

Petty Cash is one of Shawn Mendes‘ favourite hangouts (he was spotted slinging drinks behind the bar last Halloween), so you never know who else might pop in. Located right in the heart of Fashion District, the local bar is known for its drink deals and good times.

Opening in Corktown, Gusto 501 is a veggie-forward take on Italian cuisine by celebrity chef Janet Zuccarini. Her restaurant in L.A. is known for attracting  famous faces, so this buzzy opening could do the same.

The RBC House is located just steps away from the red carpet, so celebrities are guaranteed to be in the proximity. This TIFF hotspot will host eight private film parties and two music events. Last year, the RBC house hosted an intimate HAIM concert, among other events, and Elle Fanning, Cara Delevingne, Ashley Benson, Elisabeth Moss and Matthew McConaughey all stopped by.

Located in Yorkville, the upscale steakhouse is a hot spot for celebs year-round. Cardi B was recently spotted here when she was in town for her OVO Fest and Veld performances in early August.

Famous guests in recent years include Dakota Johnson, Jake Gyllenhaal and Joel Edgerton. There’s no shortage of food options either, from Asian fusion restaurant BOSK to Momofuku to high tea in the lobby. So, there’s plenty of sustenance to enjoy while hanging around in the hopes of spotting a famous face.

This California-inspired restaurant is a festival favourite and a hotbed of celebrity activity; it’s just minutes away from the TIFF Bell Lightbox and is owned by director Ivan Reitman. Sandra Bullock, Robert Downey Jr., Kristen Bell, Bill Murray and Robert Pattinson have all been spotted having dinner here.

The AT&T On Location is taking over the hotel for every day of TIFF. Expect cocktail parties, cast dinners as well as the Variety Studio, a long-standing portrait and video studio for A-listers. You won’t want to miss this: guests will include Meryl Streep, Jessica Biel, Dakota Johnson, Eddie Redmayne, Felicity Jones, Tom Hanks, Robert Pattinson, Jennifer Lopez and more.