What just made Prince Harry "frustrated and upset"?

Somebody needed a hug. 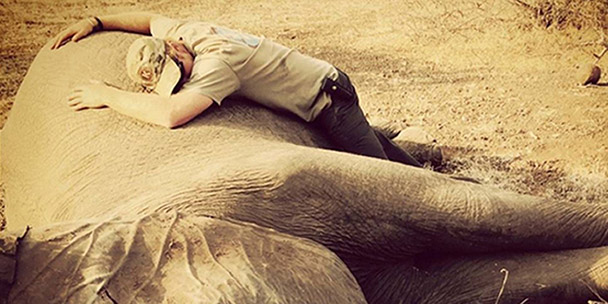 At first glance, this is rather a sweet picture: Prince Harry hugs an elephant! On closer examination, however, and with a little explainer from H himself, it’s a little less cute, and a whole lot more meaningful.

The snap, taken this summer and just released by Kensington Palace, shows Harry after a day spent in South Africa’s Kruger National Park, where he had been helping rangers with conservation work in the area, where poaching is a major issue. The elephant, reclined because’s she’s been sedated to have her tracking collar removed, is their last job of the day. Let’s let Harry take over the narrative:

“I decided to take a moment. I know how lucky I am to have these experiences, but hearing stories from people on the ground about how bad the situation really is upset and frustrated me.”

Hence the elephant embrace, and the explosion of a million hearts as our #1 red headed royal gets vulnerable again.

Prince Harry opens up about losing his mom

What Princess Charlotte wore for her new royal portrait