What is Saturn retrograde? And why is it making your life so difficult RN? 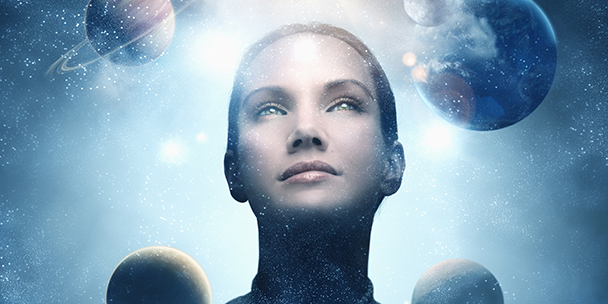 Have you felt like life has maybe been just a little harder in say, the last week? Like perhaps you’re having to try a bit more to get things done, or maybe nothing’s coming easily, or everyone’s just getting on your case way more than usual? If so – you can thank Saturn retrograde.

Among believers (or just casual readers of their horoscope on the subway) the concept of ‘Mercury in retrograde’ is probably familiar, also known as that period every now and then when your plane is delayed, your computer blows up, and you’re strongly warned not to sign any kind of binding agreement.

But since we hadn’t heard much about this Saturn business, we consulted one half of the internet’s favourite cool girl astrologers, the Astro Twins. Here’s a rough summary of what Tali told us to expect:

When Saturn’s in retrograde (as it is now for the next 4-5 months), its effect on your life is a little different: It’s the planet of structure, responsibility and karma (watch out!), which basically means it’s time to get your act together.

You should also take the time to do responsible adult things like go to the dentist, stretch after you’ve excercised, and be on your best behaviour at work. This is not the time to take risks. Instead, use it as a time to assess where you’re at, and work hard at where you want to be. This is the universe “challenging” you, and the smart ones will use it to make real progress.

A special note to anyone born between 1985 and 1988: This is your Saturn return (the planet taking 27-30 years to go back to the place it was when you were born) which means this is going to be a crazy intense period for you. The word “ass-kicking” was mentioned. Also “it’s time to grow up already”. No one’s cutting you any slack in this summer of hard work—but it’s also a great time to start putting in the structure to take you to the next stage in your life.

As Tali put it: “Any retrograde can shake up our lives. But if you’re willing to grit your teeth and put in some elbow grease, this is when the wheat gets separated from the chaff.”