What Are Meghan and Harry Up To?

Catching up with Duke and Duchess of Sussex. 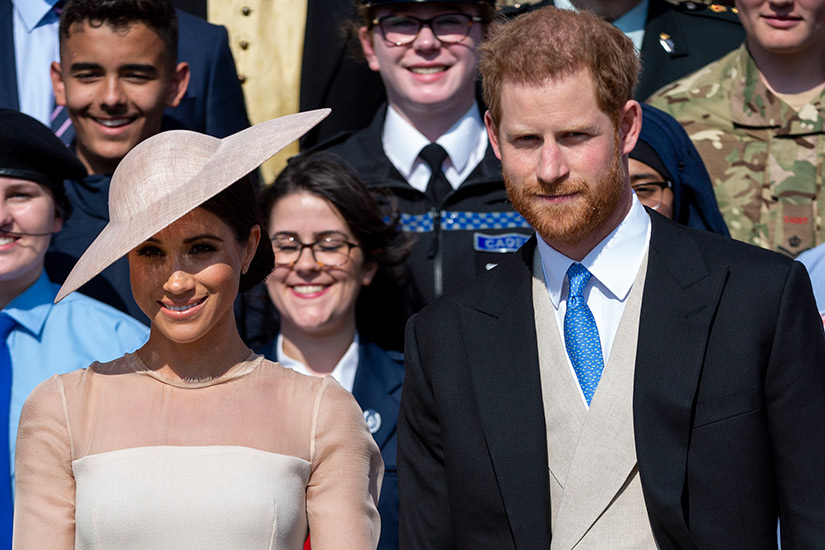 It’s been a while since we’ve seen our favourite newlyweds out in public.

But who can really blame Prince Harry and Meghan Markle for reportedly escaping away to a luxe honeymoon at a top-secret location? Not us. (FYI: according to the Daily Mail, the latest round of rumours has the duke and duchess staying at the 13th-century Ashford Castle in Ireland).

Hiding away hasn’t stopped the royal couple from making headlines, however.

Us Weekly is reporting that Meghan and Harry are ready to start a family ASAP, basically. “They both can’t wait to start a family,” a source tells the magazine. “Harry and Meghan won’t rush into anything. They have a lot on their plate right now. But they both think that when the moment feels right, that will be the time to go for it. They’ll make fantastic parents.”

And on the official front, Meghan is gearing up for another royal first when she returns from her honeymoon: a solo engagement with Queen Elizabeth. Next week, the Queen and duchess will be heading out to Cheshire, which is northwest of London, to unveil a new bridge and open the Storyhouse Theatre, People reports.

It’s the first time Meghan and the monarch will working on their own – and it comes with a special perk. The duo are said to be travelling overnight via the Royal Train, a nine-carriage train that began operating in 1977 specifically for the royal family. According to royal correspondent Rebecca English, only the Queen, Prince Philip, Prince Charles and Camilla have access to the train – and as far as anyone knows, it doesn’t seem like neither Harry nor Wills and Kate have ever been aboard.

Sounds like the perfect opportunity for some one-on-one quality time for the Queen and Meghan.