A new crop of Hollywood starlets are coming into their own. 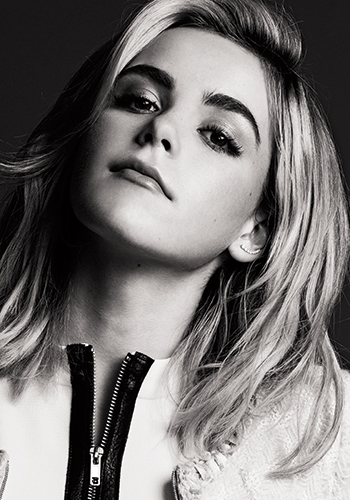 Save for her frequent use of the word “awesome,” you’d never guess that Kiernan Shipka is 15. Within the first few minutes of our conversation, the actress launches into her love of characters. “Whether it’s comedy or drama, characters can be very different; I just hope I get to play an array of different types of people,” the Mad Men star says matter-of-factly over the phone from her home in L.A. It’s not a surprising sentiment from an actress who has been playing the sometimes enigmatic and slightly troubled Sally Draper for most of her life. As co-star Jon Hamm puts it: “She has been on the show longer than she hasn’t.”

Has playing Sally from the age of six influenced her at all? “We’re very different people, but I think she’s a great person and someone I’d definitely want to be friends with,” says Shipka with a laugh. As Mad Men enters its final season this month, Shipka is finding saying goodbye to Sally somewhat bittersweet. “It has been emotional,” she says. “This is a character I’ve known for so long and it’s this weird thing of losing something so familiar.”

Shipka says that her love of fashion really began on the set of Mad Men, but she has been making waves for her thoroughly modern sense of style both on and off the red carpet wearing fashion – favourite brands like Miu Miu, Delpozo, Rag & Bone and Acne Studios. And Shipka con- tinues to head straight into the future: New York’s downtown bible Dazed & Confused recently voted her number 21 on its Dazed 100 list (alongside fellow teen wunderkinds Tavi Gevinson and Kendall Jenner), and she’ll be starring in the upcoming film Fan Girl, with Meg Ryan. “It was really fun to play someone so modern and who is living in my generation,” she says about the film. “It’s a whole new world.

READ MORE:
Bella Thorne shakes it up
How to be happy (according to Phoebe Tonkin)
Why it’s pretty great to be Kate Bosworth