The actress' new flick is in theatres on February 18. 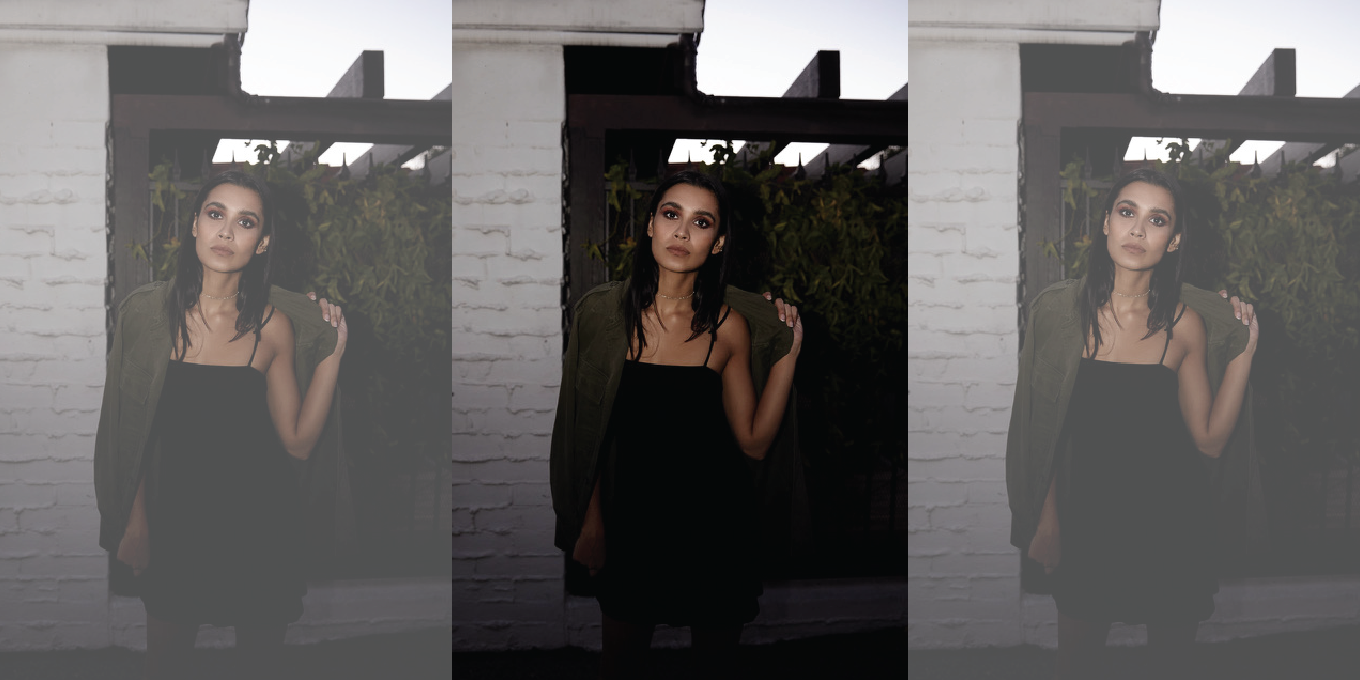 “I’m trying to lay down some roots,” actor Sophia Ali tells me over the phone from her home in Los Angeles, where she’s currently based. Originally raised in Texas, where her family still lives, the 26-year-old has spent most of her young adulthood on the move for work, appearing on-screen in projects like Grey’s Anatomy as impressive intern Dr. Dahlia Qadri, and talented cellist Fatin Jadmani on Prime Video’s teen survival drama The Wilds. “My parents and I moved around a lot growing up, so it’s a little bit ingrained in me, and it’s also the nature of my work. Now, I’ve spent the most amount of time in L.A., so it kind of feels like home. I’ve been so nomadic, so this feels like a new thing in my life.”

Also new for Ali? A major role in a long-awaited big-budget action flick—or, to be more specific, starring opposite Tom Holland and Mark Wahlberg in Uncharted, which debuts in theatres on February 18. Adapted from the hugely popular video game series of the same name, the movie follows young treasure hunter Nathan Drake (Holland) and his wisecracking mentor Victor Sullivan (Wahlberg) on a quest to be the first to discover a long-fabled fortune. Ali steps into the fan-favourite role of Chloe Frazer, a fellow badass, take-no-nonsense treasure hunter. Ahead of the film’s premiere, I caught up with Ali to chat about landing the role, becoming a gamer and what it’s like to work with Peter Parker (a.k.a. Holland) himself.

What drew you to Uncharted?

Well, I auditioned and it felt a little more special than most things I’ve auditioned for—I feel like something like Uncharted comes around once in a blue moon. It stood out because it was so high profile, but also because I am not much of a gamer and even I had heard of these games.

It definitely feels like we’re in a moment of mega popular video games getting adapted for film or TV. Why do you think this is something that’s happening now?

Video games are mainstream now. I mean, if you ask a gamer who’s been playing for, like, 15 years, they’ll be like, “What are you talking about? They’ve been mainstream for years.” When I say “mainstream,” I mean people like me who have never known anything about video games now do. It’s not a nerdy thing anymore at all.

Has that piqued your interest at all—are you a gamer now?

I enjoy gaming now, but the thing about me is that I get stressed out really easily. So I like laidback games like Minecraft and Animal Crossing—stuff like that where you can take breaks, come back and you’re not sitting on the edge of your seat the whole time.

So if you get stressed out gaming, what was it like to film a version of this action-packed game?

That’s probably why I’m an actor. Any kind of emotion just gets heightened and you get to be reactionary. It’s not like sitting in front of a game, it’s almost more realistic or believable. Although I guest it was kind of challenging with Chloe because she’s so badass and I’m terrified of everything.

What did you love about being Chloe?

She’s very no-bullshit. What you see is what you get with Chloe, and she’s not really trying to impress anyone. She’s very aware of what she’s capable of and unashamed. She’s very much not emotional, which is different from any character I’ve ever played as a woman. Because of her, I make less of an effort to be nice—which sounds bad. But before, the way I was nice was a little harmful to me. I would stress myself out trying to be nice all the time. I’m still nice, but I think not trying [as hard] has garnered me more power and respect in an odd way. My actions feel more genuine now.

As an actor, was it always a goal to be in a big action movie like Uncharted?

Oh my God, yeah, of course, 100 percent. The [action genre] is moviemaking in my mind—that’s what I would imagine as a child. And everything I experienced in Uncharted was like what I would picture—although I never thought that I would actually be that cool.

Because there’s so much anticipation for this movie and Chloe is so beloved, did you feel pressure about stepping into the role?

Once I got the role, I was like, “All right, now it’s [the producers’] problem.” Like, they had already cast me and I was completely transparent about my capabilities—I wasn’t lying about being a black belt or something. There was a bit of pressure, especially after I had played the game, because I knew it was going to be tough as hell. I just wanted to be a good Chloe, do her justice and do the fans justice. She’s such a cool character, and so much is out of my control. I hope fans feel like I understood the assignment.

Obviously Tom Holland is already a major action star. What was it like working with him?

Oh, it was great. He’s like the easiest person to work with. It was a very high-stress, high-stakes set, so it was nice to work with someone who took it seriously but still knows how to have fun.

What did being on a show like Grey’s Anatomy early in your career teach you about being an actor?

That was a crazy working experience for me. Before that, I was so used to working in young Hollywood among [castmates] who were also newish and really hungry—their jobs were sort of their lives. On Grey’s Anatomy, it was a different expectation. You’re not expected to be excited, your job isn’t to make things easy—that’s already done, it’s already easy because they’ve been doing it for, like, 20 years and they have it all figured out. You need to show up on time and have your lines memorized. It made acting simple for me. And I feel like I learned a lot from Ellen Pompeo. She’s got a really cool mindset around fame and celebrity, and she doesn’t take herself too seriously. Like she’d have whole conversations with my mom, and there’s not a lot of people on that level who would.

After Uncharted, what comes next for you?

Well, I have season two of The Wilds. I also want to challenge myself, and do a character who is so different from me. As an actor, I feel like I just have to wait for something that I connect to. That’s sort of the goal. Most of my career has been about representation, and I want to show my heritage and culture in a realistic way. I don’t want to be out there playing a terrorist. I think about my family a lot and what they would see. And I want to be a positive role model for young women. I try to map my career around that and make choices with integrity.