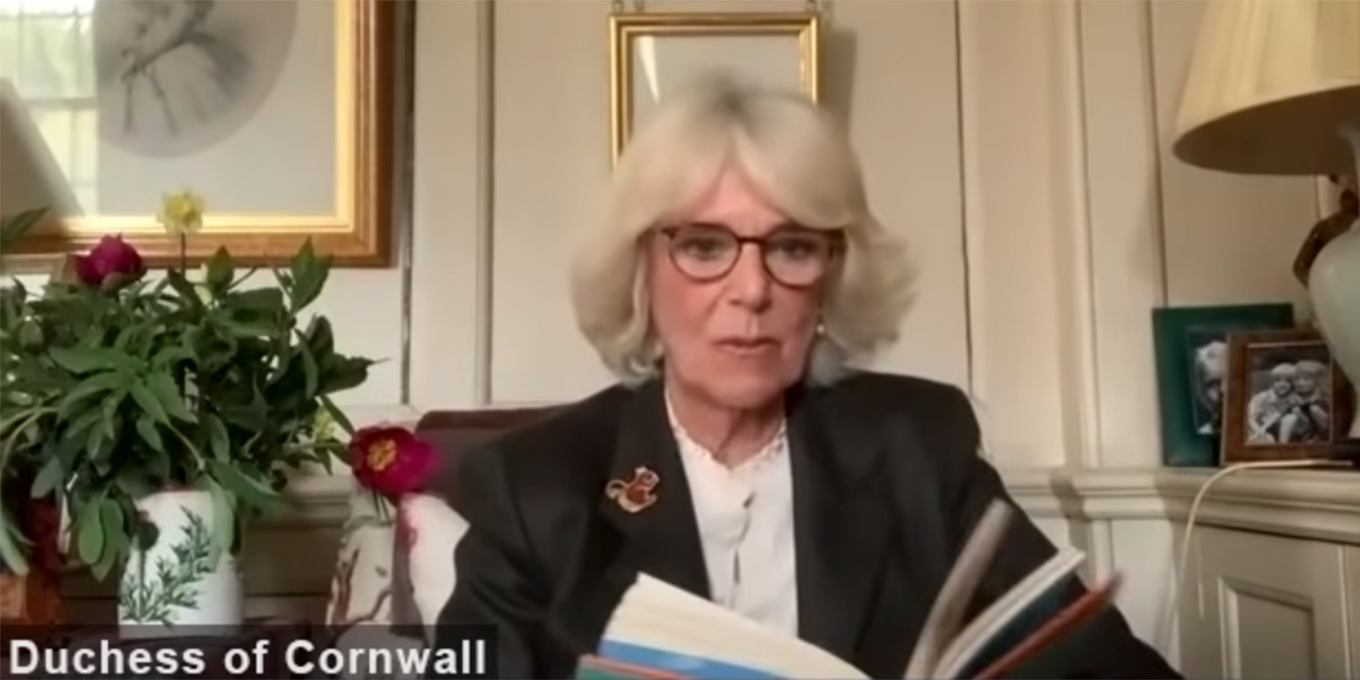 Camilla, the Duchess of Cornwall, is showing off her acting chops in the most delightful, quarantine-friendly way: she recently joined actors Lupita Nyong’o and Josh Gad and filmmaker Taika Waititi for a live reenactment of the beloved Roald Dahl tale, James and the Giant Peach on YouTube.

“I’m thrilled to do it!” she told Waititi after he thanked her for joining in on the ongoing YouTube series. “Not that I’m much of an actor but I shall do my best,” she said.

Calling in from Birkhall, the Scottish country home she shares with husband Prince Charles, Camilla played the captain of the Queen Mary ocean liner – a suitably regal role for a member of the royal family.

The Duchess of Cornwall joined Waititi for part six of the 10-part series. Other celebrities that have flexed their voice acting skills include Meryl Streep, Chris and Liam Hemsworth, Cara Delevingne and Benedict Cumberbatch. It’s all for a good cause, too; the kid-friendly videos are raising funds for international humanitarian charity, Partners in Health.

New episodes of the series air every Monday, Wednesday and Friday at 1 p.m. EST. Watch the full episode featuring the Duchess of Cornwall below.