The craziest things celebs spend their money on 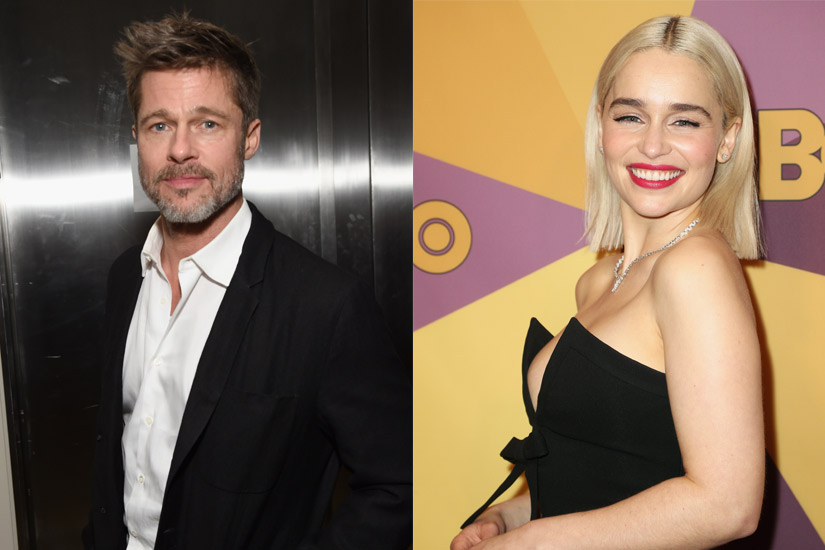 It’s no secret that celebrities have a lot of money — definitely more than we’ll ever have. And what’s the point of having all that money if you’re not going to live a little lavishly and have fun with it once in a while?

Brad Pitt understands this. Last weekend, he bid $120,000 at a benefit auction to watch an episode of Game of Thrones with the Mother of Dragons herself, Emilia Clarke. Unfortunately for Pitt, he lost the bid. But GOT superfans would probably agree that a one-on-one viewing party with one of the show’s stars would be well worth the price tag.

But what other items of luxury have celebs treated themselves to? We’ve compiled a list of some of the most posh purchases that will make you wish for bottomless budget.

In 2007, Beyoncé took the stage at the BET Awards wearing a pair of $100,000 gold Balenciaga leggings and a matching top. Her performance — complete with choreography — of “Get Me Bodied” was, unsurprisingly, flawless.

When Beyoncé was pregnant with now-six-year-old Blue Ivy, Good Morning America reported that her former Destiny’s Child bandmate, Kelly Rowland, bought her a very fancy gift: a $5,200 baby tub decked out with Swarovski crystals. Created by the Diamond Bathtub Company, each crystal was applied by hand. We wonder if the twins now get to enjoy it.

When Rihanna dropped her album Anti in early 2016, she did so with a statement: gold, embellished Dolce&Gabbana headphones. The D&G headphones where from a full line done in collaboration with FRENDS. Rihanna’s pair were shaped like a crown, covered in Swarovski crystals — and cost almost $9,000, according to Refinery29.

Nicolas Cage found his own national treasure in the form of a rare, ancient dinosaur skull — yes, really. In fact, Cage outbid Leonardo DiCaprio in order to take the dino bones home in 2007, paying $276,000. However, Reuters reported that Cage actually had to turn the skull over to U.S. authorities in 2015 when it was discovered the skeleton had been stolen from Mongolia.

Glitter was once a staple of Kesha’s shiny aesthetic, and it showed on her budget. The vocal powerhouse told Vanity Fair in 2011 that she spent “a few thousand” on glitter every month, saying, “I am shooting glitter from glitter guns and out of every orifice in my body.”

Paris Hilton loves to pamper her pups — so much so that she bought them their own mansion styled after an Italian villa. The ultra luxe doghouse reportedly cost $325,000 and has two storeys, a balcony, and a chandelier.

My dogs live in this two-story doggy mansion that has air conditioning, heating, designer furniture, and a chandelier. Loves it pic.twitter.com/4dXAf5XPXV

Little Monsters will know that Lady Gaga’s a big believer in ghosts — it’s even been reported that she thought she was being haunted by a ghost named Ryan during her Monster Ball tour in 2010. That’s why Glamour reported that the “Poker Face” singer apparently ended up spending thousands of dollars on “ghost-hunting” equipment, or, more specifically, a high-end electromagnetic field reader.

When Canadian icon Céline Dion was prepping for her first Las Vegas residency, Caesars Palace built a $2-million humidifier into the 4,000-seat Colosseum that would be housing her performances, according to the Las Vegas Sun. The firm that designed the facility told the Sun it was to help Dion avoid “Las Vegas throat,” which could cause her voice to dry out. We guessed it worked, since she returned to the Colosseum for her second residency, which began in 2011.

A few Christmases ago, John Legend found the perfect gift for Chrissy Teigen: a giant, hollowed-out cheese wheel. The huge hunk of cheese, which Teigen described on social media as a “lifetime dream,” is for serving pasta or risotto; you put your warm dish into the wheel and toss it around so it gets coated in gooey melted cheese. We don’t know how much Teigen’s went for, but cheese wheels of that size can cost thousands of dollars, according to the Huffington Post.

John got me my lifetime dream for Christmas! A cheese wheel to dump pasta and risotto in for years to come! My tableside serving game is bout to be liiiiiit! Heading out to relax with the fam now woohoo! ❤️?☀️

When Kendall Jenner bought Emily Blunt and John Krasinski’s former house in 2016, she, of course, need new furniture to adorn it. One of those pieces, according to a post on her now-defunct app, was a “groovy” $52,000 sofa by Italian company Edra.

Back in 2011, Posh Spice was spotted carrying around a gold-plated iPhone 4. The eye-catching, 24-carat gold device was designed by Stuart Hughes and, at the time, reportedly cost over $30,000, according to US Weekly.

So, we don’t know if this one ever became a reality, but last November, Drake revealed to The Hollywood Reporter that he was a huge Harry Potter nerd. The price of that fandom? A $160,000 first-edition of Harry Potter and the Sorcerer’s Stone that he’s apparently been “chasing” for years. No word on if he ended up getting it, but he did tell THR that he was seriously considering it: “I should get it. My birthday’s coming up. Maybe I’ll buy it for myself as a treat.”