Bootylicious Beyoncé is back with a hit album, a mega-world tour and two movies. Phew! 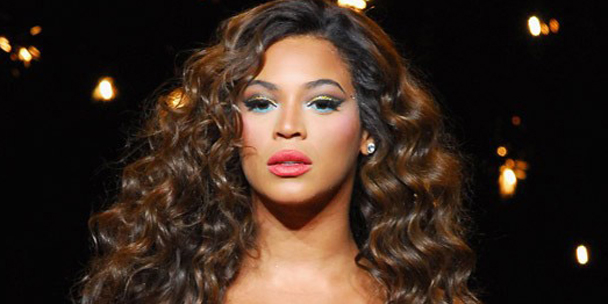 Beyoncé has been cooped up for hours in a tiny, cramped room at AMV studios in Manhattan doing interviews for her new double CD, I Am…Sasha Fierce. It’s a little after 7 p.m. and the Texas beauty – who lives in New York with her husband, hip-hop mogul Jay-Z – admits to feeling “a little” exhausted after hours of talking about herself. She may be tired, but the 27-year-old singer looks radiant in an emerald-green Zac Posen dress. She isn’t wearing her $5 million wedding ring, but the large jewelled Lorraine Schwartz earrings provide just enough dazzle.

On Beyoncé’s latest offering, we get a tantalizing glimpse into the singer’s split identity: The Sasha Fierce CD was inspired by the “sensual, aggressive and glamorous” alter ego she created for herself back in 2005 – after her split from Destiny’s Child – while the I Am… CD reflects her own “vulnerable, sensitive and emotional” side.

Beyoncé began working on the follow-up to her 2006 album, B’Day – her second solo album after 2003’s Dangerously In Love – in early 2008 and ended up recording more than 70 songs. She says that the split-album concept came to her after she played Etta James in Cadillac Records. The film, which was released in December, is about the establishment of Chess Records in the 1950s. “I started experimenting because Etta experimented so much,” she explains. “She didn’t let someone define her. She did rock ‘n’ roll. She did soul. She did blues. She did whatever she wanted and so did I. I feel like I’m at a place in my life where I’ve paid my dues and shown everyone that I’m someone who has staying power in this biz. When I listened to all the music I thought, ‘How am I going to narrow all these songs down?’ And I realized that it was two albums’ worth of songs.”

Weeks before the full release of the 16-song collection, Beyoncé was already generating Grammy chatter with two of her singles. Critics raved about her emotive and mournful ballad “If I Were A Boy” from (the only song on the albums that she didn’t co-write), as well as the catchy “take that” breakup anthem “Single Ladies (Put A Ring On It)” from Sasha Fierce. To promote the album, Beyoncé will head to Canada in April to launch her 110-date world tour.

While spitfire Sasha may be accustomed to performing in front of massive crowds, Beyoncé admits that she was very nervous when she was asked to sing for the legendary Etta. “I was shaking – literally,” she recalls. “I was like, ‘God, I have to make sure that I do this justice.’ She is a tough woman. She had her arms slightly folded, like, ‘Okay, what’s this young girl about to do to my song?’ As I was singing, she loosened up and nudged her son, and by the end she was so excited. I knew then that I did it justice!”

Breaking away from singing roles – both onstage and in front of the camera – Beyoncé also signed on to star in . In this psychological thriller – directed by Steve Shill and due to be released on February 27 – she plays Beth Charles, a wife who is fighting for her family after a woman in her husband’s office begins to stalk him. “It was hard because it was the first time that I’ve played a character who wasn’t a singer,” she explains. “It was a big role, and in the beginning I was like, ‘What am I doing?’ It got so dramatic that 80 percent of the movie was about tears and fighting. It really took a lot, and I had been crying so much between playing Etta James and Beth Charles that I was like, ‘I can’t wait to go and be Sasha Fierce!’”Beyoncé on …

Writing songs for single women “I still live those experiences with my friends, and I still feel like I’m a young woman. They don’t have to be married for me to have something in common with them. And I still represent the women who need those songs to listen to when they forget how powerful they are. Sometimes you need songs that put guys in their place – and I’m the woman who is very happy to put them in their place.”

The paparazzi “I feel like they have given us a bit more privacy than most people. And I feel like we have our lives in perspective. We know the difference between [real life] and being onstage – and that’s who I am and who he is. I think it’s one of the reasons why we’re so connected – we know that entertainment is one thing but real life is another.”

Her fashion line, House of Deréon “We have all these wearable, Sasha Fierce-inspired one-piece jumpers. We also just did an ad campaign in the Crystal Caves in Bermuda – it was so beautiful. We really stepped it up, and I’m excited! The line keeps growing.”

Her not-for-profit organization, The Survivor Foundation “I still have many families we provide transitional housing for. I didn’t want to just give money to someone and worry that the people who need it don’t get it, so I have an actual building that all of the Hurricane Katrina survivors live in. They have to show that they are working hard. I wanted to help people that help themselves. And I recently donated more money for Hurricane Ike because in Galveston, Texas – which is where my family grew up – a lot of the families are out of their homes, so we’re helping them.”

Beyoncé’s faves …
• Go-to designers “Alexander McQueen and Thierry Mugler.”
• Recent fashion splurge “A Missoni jacket.”
• Must-have beauty product “L’Oréal Voluminous Mascara.”
• Fave book “The Power of a Praying Woman by Stormie Omartian.”
• Last time she had goosebumps “I was sitting in a freezing-cold interview room all day today covered in goosebumps!”
• Quirky habit “I like to imitate singers. Is that a quirky habit? I also cross my eyes when I’m frustrated.”
• Biggest pet peeve “Smacking – when someone is eating and they smack.”
• Perfect happiness “When I’m feeling calm, confident and secure.”