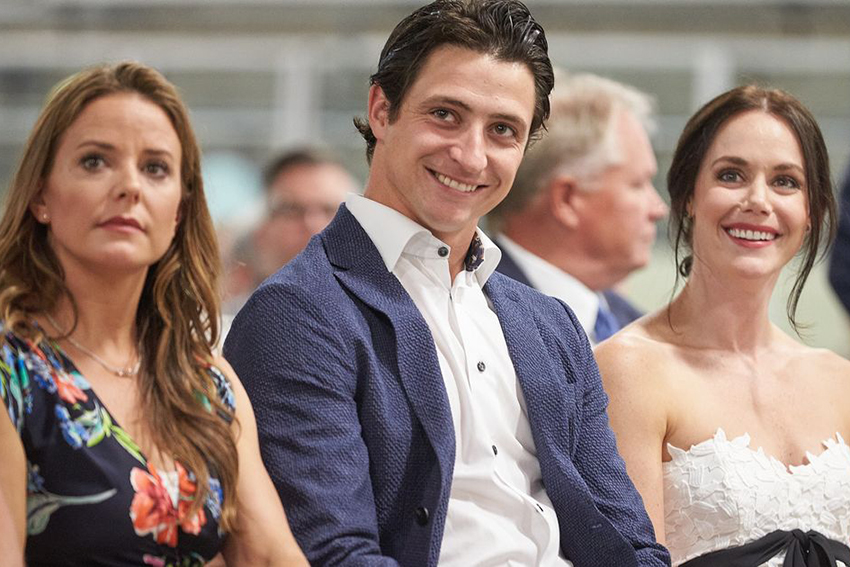 We all figured Scott Moir would end up with a fellow ice dancer, we just figured it’d be his longtime skating partner Tessa Virtue (despite what the duo has said to the contrary, many, many times).

Alas, Moir revealed last week that he was now engaged to Jackie Mascarin, who was his first skating partner. The news came as part of his speech during Canada’s Walk of Fame’s unveiling ceremony honouring Moir and Virtue in Ilderton, Ontario.

He thanked his former skating coach, his aunt Carol, saying, “She’s pretty good at picking partners.” The partnership with Tessa “seemed to last a little bit longer,” he added. “And the first one that she gave me is now my fiancée so that works alright.”

Moir and Mascarin have not formally commented on their relationship together until now, although he has previously mentioned that he had a skating partner before Virtue. (Moir was Virtue’s first partner.)

Virtue and Moir are the most decorated ice-dancing pair in history, and spurred romantic fantasies with their on-ice chemistry during the Olympic Winter Games in 2010, 2014 and 2018. The pair have been skating together for 21 years and are set to go on the Rock The Rink tour this fall.

Thank you for the kind words!!

Currently looking for a +1 for an upcoming wedding ? pic.twitter.com/HZSKaEZ2yK