And obviously, she still looks stunning. 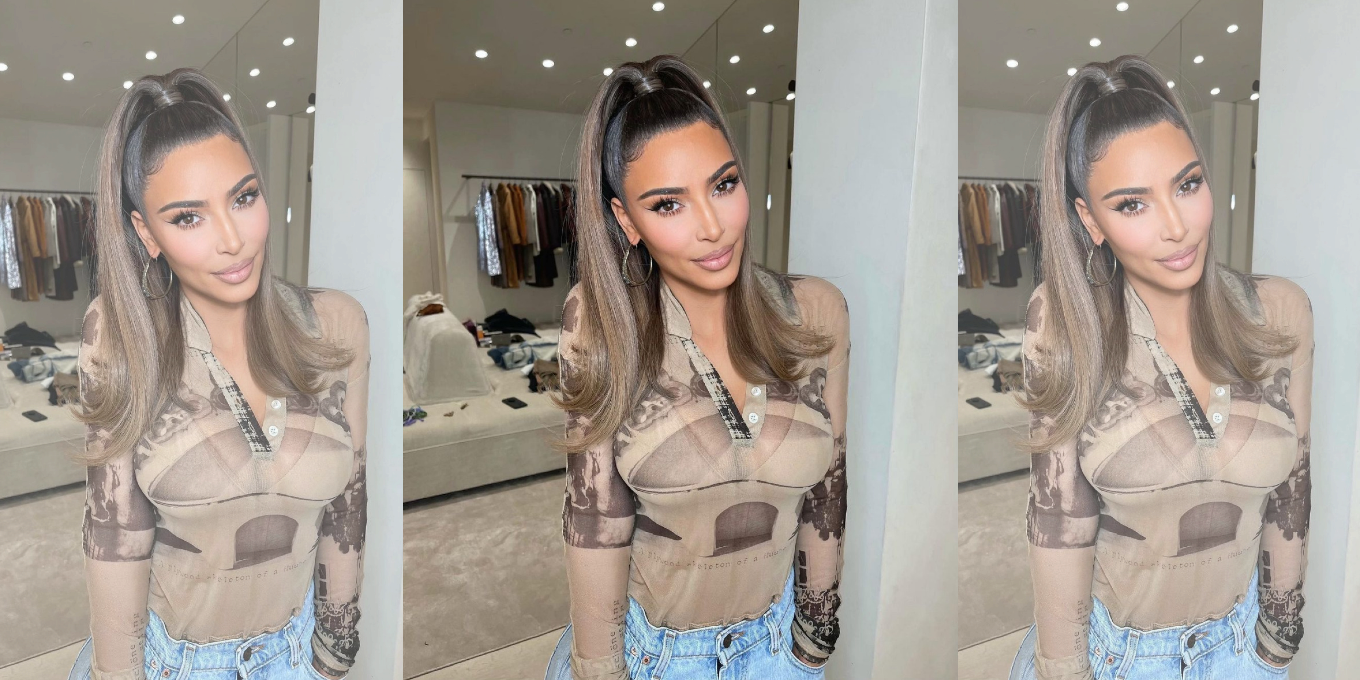 There are certain relics from the 1990s, that while nostalgic, should remain tucked away in our dreamscape. And while most of us prefer to forgo memories of ultra-thin eyebrows which were plucked into oblivion, turns out, Kim Kardashian thinks quite the opposite.

Whether the events of the past year have left her reminiscing over simpler times or not, Kim has shared a throwback photo from two decades ago, as a 16-year-old with, you guessed it, peak ’90s brows.

Posting the image to her Instagram on March 10, which is captioned “16 year old KK”, Kim can be seen squinting in the sun while sunbathing, sporting a Cartier Love Bracelet on her right arm and seemingly wearing no makeup.

But of course, the star of the show are her razor-thin ‘brows.

Slightly more substantial than the finely-plucked variety she has iconically donned in the past, 16-year-old Kim opted for a block shape all too common for the era—starting off thicker toward the bridge of her nose and curving toward the outer corner of her eye coming to a point at the tail.

Naturally, the thought of decades-old beauty trends sends a shiver down one’s spine. But Kim’s no-makeup throwback has sent her fans into a tizzy, with her younger sister Kylie Jenner—who luckily missed the thin-brow trend—saying, “Damn. you looks so good 😍.”

Outside of the Kardashian clan, many others dotted upon her throwback, with family friend Malika keeping her adoration short-and-sweet, saying “Lips 👄”.

And yes, it’s clear that Kim’s commitment to the ’90s brow wasn’t as tragic as most, it’s safe to say that we’re not inspired to give it a try anytime soon.

Québec: The Beautiful Wilderness of Temiscamingue

The 28-year-old Mohawk actor details her new TV role in Reservation Dogs and the importance of working with Indigenous creators on set.

Creating a Community of Fierce, Confident, and Fearless Women

Melissa, Stephanie & Alicia share what it means to be a #PENNGal and their insight on how women can feel confident and free in their skin.

Québec: The Beautiful Wilderness of Temiscamingue