Princess Charlotte's godparents: Who are these people?!

No Pippa and no Harry...so who are Princess Charlotte's godparents then? 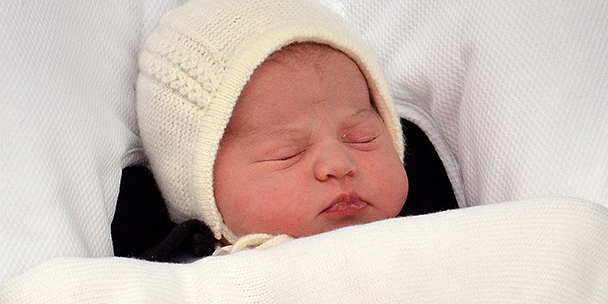 Just before the big christening this afternoon, Will and Kate have released the names of five people charged with moral / spiritual guidance and/or giving of graduation presents for Princess Charlotte. So who made the list?

Not Prince Harry or Kate’s sister Pippa, for starters. In fact, none of the people named as Princess Charlotte’s godparents are “official royals”, athough one is a relation of William’s.

That would his cousin, Laura Fellowes, who is also a niece of Princess Diana’s.

Next up is Thomas Van Straubanzee, who we would have picked purely based on that name, but who also happens to be one of Wills’ oldest school chums.

James Meade, godfather #2, is also an old bud of Papa Cambridge’s from the Eton days.

Repping Kate’s side we have her cousin, Adam Middleton, who’s a lawyer (perfect for arranging a work experience for Charlotte when she goes through her inevitable post-Arts degree lawyer phase).

The biggest surprise of the day was one Sophie Carter, who’s a good friend of Kate’s who’s even better at keeping a low-profile.

It’s also worth noting that George had 7 godparents, two more than his little sister.

What Prince George does in his down time

Royals getting wild at Royal Ascot