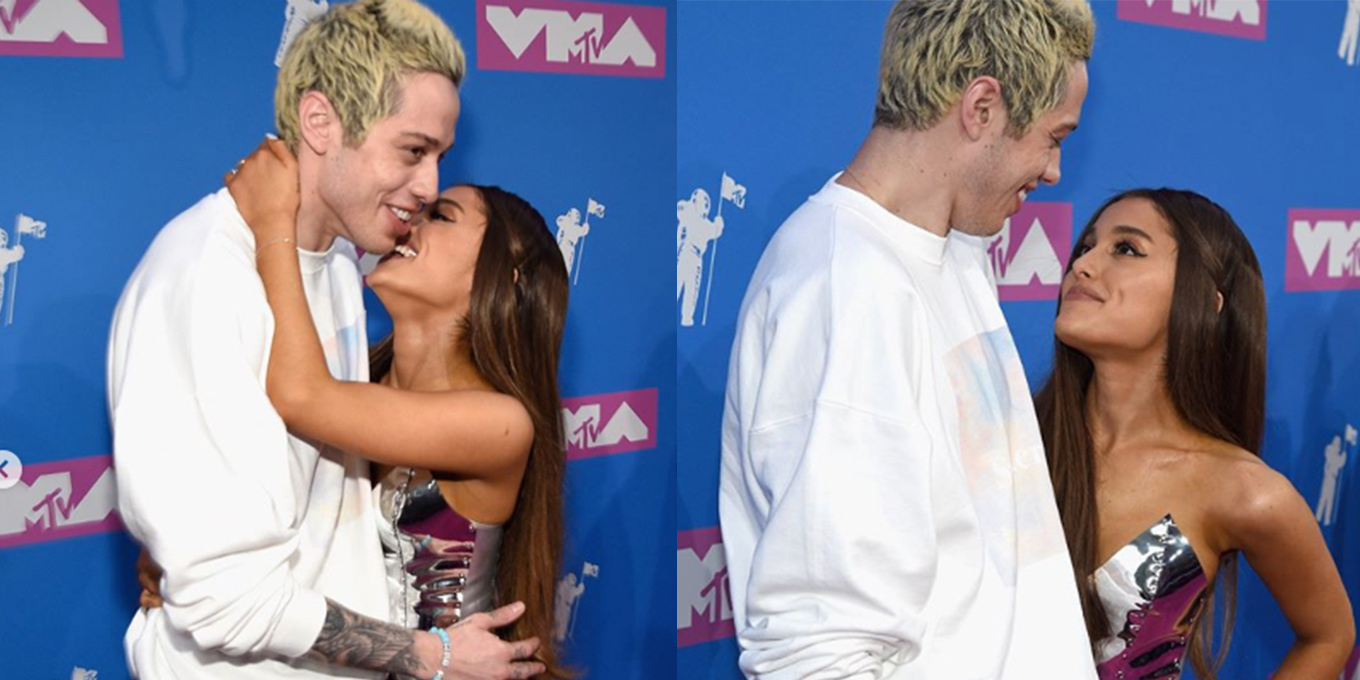 Comedian Pete Davidson has been in several high-profile relationships over the past two years, much to the fascination of the public. Up until now, we knew little about the inner workings of the SNL star’s relationships with celebs like Ariana Grande and model Kaia Gerber, but Davidson has revealed new details about his dating life in a telling interview with Charlamagne Tha God. It’s 57 minutes long, so there’s a lot to unpack.

His engagement to Ariana Grande was of course a topic of discussion – he proposed to Grande in June 2018 and they broke up shortly after Grande’s ex, rapper Mac Miller, tragically died in September of that year. “I think I said, like, ‘I’ll be here until you don’t want me to be here. I pretty much knew it was over after that,” said Davidson. “That was really horrible and I can’t imagine what that s**t is like.”

Since then, Davidson has been linked to a few women. He said when he was dating actor Kate Beckinsale it impressed his older relatives: “All of my uncles freaked out!” However, after brief relationships with Margaret Qualley (who is actor Andie MacDowell’s daughter) and Kaia Gerber, he implied that he is ready to be single for a while. “What can I say? I love love, but I’m pretty done with that,” he told Charlamagne. “I’m going to try and stay away from that. It’s just a lot…”

“I think you grow a lot as a person. I’ve learned a lot from the awesome chicks that I’ve been with, and they’re all cool,” he continued. “So I think you just grow, you become a better version of yourself, because you learn a little something from everybody.”

He also discussed his ongoing struggles with drug use and mental health. “I hit rock bottom all the time,” he said, noting that working as an actor/comedian helps him stay busy and positive.