Oscar noms 2016: The surprises, the upsets and the 'well duhs'

Anyone want to join a winner's pool? 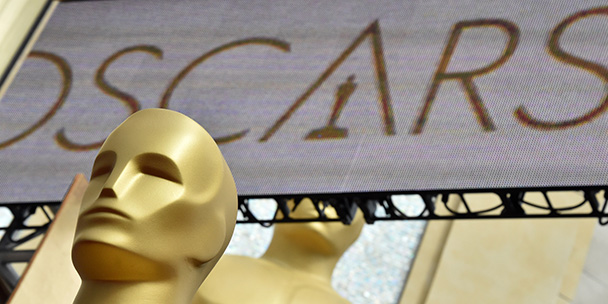 They’re here! Hot off the heels of the Golden Globes (which are a fairly safe predictor) we have the Academy Award nominations for 2016.

Here are 5 things to note:

The action blockbuster Mad Max: Fury Road got a nomination for best picture which is something no one saw coming back when the flick was released in the summer time. In fact, it got 10 noms in total, including best director for George Miller. Carol, a critical darling, was a notable snub, although Cate Blanchett did get a best actress nod for her role.

2) It was a disappointing year for diversity

…in fact, it’s generated a hashtag on Twitter called #oscarssowhite. Many are noting the snub of Idris Elba, Will Smith and Michael B. Jordan, all of whom got major buzz around their performances this year. This is the second year in a row that the academy hasn’t given the nod towards a SINGLE non-white actor, which is just…ugh.

The man vs wilderness epic garnered the most nominations (12!), including the totally no-surprise-here nod toward Leo DiCaprio for best actor.

4) We have a Canadian best song nomination!

The Weeknd sure “Earned It” when it came to his contribution to the 50 Shades soundtrack.

5) The love for J.Law continues…

Despite lukewarm reviews for the film Joy, La Lawrence has been nominated for best actress for her role. Most exciting in this category is probably the inclusion of 69 year old French actress Charlotte Rampling for her work in 45 Years.

5 things to know about The Danish Girl actress Alicia Vikander