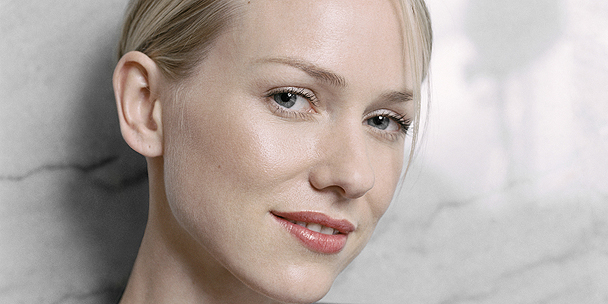 In 2001, a then-unknown Naomi Watts dazzled critics and audiences as a troubled ingenue in David Lynch’s nightmarish L.A. story Mulholland Dr. Six years later, the Australian actress is working with another famously strange David: internationally acclaimed Canadian filmmaker David Cronenberg (The Fly, A History of Violence). Set to premiere at September’s Toronto International Film Festival, Eastern Promises is an intense thriller set in a conspicuously multicultural London; Watts plays Anna, a midwife with Russian roots who unexpectedly crosses paths with the local chapter of the Russian mob. They’re a scary bunch (especially a tatted-up Viggo Mortensen as a new recruit), but Anna’s underworld entanglement yields more than simple wrong-place-wrong-time danger. “For me to play it from an emotional standpoint,” says Watts, “there had to be something about Anna trying to find out more about herself and her Russian identity — something she had denied growing up. She was probably embarrassed by her father and his world and trying to cling to the English identity.”

Watts knows about the complexities of heritage; although she’s routinely described as Australian, the actress was actually born in Kent, England, and lived in various parts of the U.K. until she was 14 years old. And she says she still has a vestigial British accent. “Certainly, when I pick up the phone and talk to my mother, it comes back. It comes back at weird times, like when I’m emotional. My brother and I came to Australia at the same time, yet he sounds completely English; there’s not even a trace of Australian.”

Watts did require a dialect coach for the film, because, as Cronenberg notes, “there would be times when the Oz would creep in, so we’d expunge it.” Not that the director is complaining about his star: describing their collaboration, he eventually likens her to a fine-tuned machine. Given Cronenberg’s well-documented gearhead tendencies, the four-wheeled metaphor is a high compliment indeed. “I had a huge respect for her before we started, and I have even more now,” he says. “It’s like looking at a Ferrari and thinking ‘That must be great’ and then riding it and realizing that it is great.”