One to Watch: Orange Is the New Black's Ruby Rose

So who is the actress playing "Stella" on the new season of the hit Netflix show? 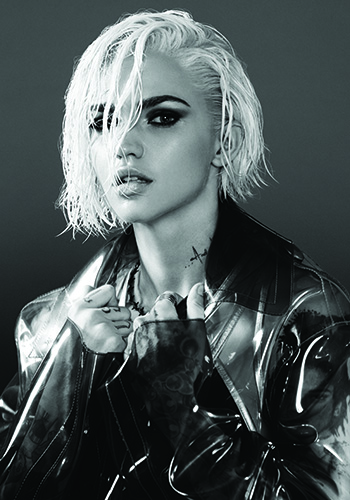 It’s fitting that Australian actress Ruby Rose got her big break in Orange Is the New Black’s third season—a season all about “faith.”

“When I got the call from Orange,” the 29-year-old recalls over the phone from Los Angeles, “I had been in America for two years and I was like ‘I’m here!’ but nobody was listening. I kept thinking ‘Do I have the drive and determination to do it?’ I had to deal with all that rejection again.”

“Again” because she had already carved out a successful career in her native country as an MTV host, a model and an anti-bullying advocate. “But I’ve always had faith in the universe,” says Rose, who, BTW, spent this downtime making a short film about gender fluidity (with which she identifies).“Every time I feel like I’ve gone off track or I need to make it in the next 24 hours or else, something happens or shifts and I’m relieved of that burden.”

Rose plays Stella, the new arrival in the cellblock, and it does seem like the universe was delivering when it allowed an androgynous Aussie to play, well, an androgynous Aussie. “The break I was expecting was, like, an intimate Web series. I didn’t think I’d go straight to one of the biggest shows on TV right now!”

READ MORE:
OITNB’s Taylor Schilling on living authenticly
What we should talk about when we talk about being transgender
Get ready to be obsessed with Olivia Cooke