One-on-one with the candid Keira Knightley

The actress shines in The Imitation Game, showing at the Whistler Film Festival 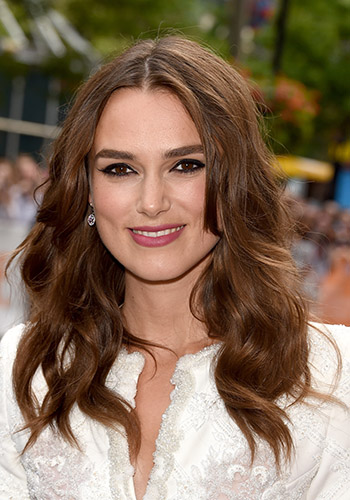 It feels like somebody is going to be murdered at any minute,” says Keira Knightley with a laugh, looking around the decidedly ordinary hotel room with mock horror. “There’s something about the green walls and that fluorescent light….”

That pretty much sums up Knightley’s frank charm. She’s sitting in a glittering Alexander McQueen dress after walking the red carpet at the Toronto International Film Festival, yet she is as apt to make fun of the flickering, creepy light as she is to discuss the powerful social themes behind her wildly-well-received film The Imitation Game.

The drama tells the heart-wrenching true story of British mathematician Alan Turing, beautifully played by Benedict Cumberbatch, who was instrumental in breaking German codes during the Second World War (and subsequently winning the war), only to be convicted of homosexuality, which was then a crime.

Knightley plays Joan Clarke, a fellow mathematician who supported Turing and dealt with her own share of struggles: namely, to be taken seriously as a female intellectual. “When you talk about feminism today, it’s about getting a place at the table and it’s about equal pay,” says Knightley. “So I was quite amazed to look [at this story]. It was the 1940s, and of course we have hugely advanced, but actually it is exactly the same sort of fight.”

Knightley jumps eagerly into the feminist debate, made trendy recently by Beyoncé’s “feminist” concert lighting and Karl Lagerfeld’s spring/summer 2015 picket-sign-laden runway show. “There was a point from the early 2000s up until about two years ago when, for some reason, it got completely lost even though it was perfectly obvious that there wasn’t equal pay or equal representation,” she says, shaking her head. “It’s once more in the zeitgeist, so that’s great.”

The actress speaks her mind with ease, likely because she has spent 10 years ignoring clamouring paparazzi and public opinion. “It was much worse when I was younger,” she explains of the attention. “When you do films like Pirates of the Caribbean, that interest is more intense. In the past five years, it has really eased off…or I have just got older and used to it. After all, Bend It Like Beckham came out when I was 17.”

MUST-READ: Can feminism be a fashion trend?

When I ask if there’s advice that she’d go back and give her teenaged self, she cocks her head and thinks. “What would you tell yourself?” she asks. I’d likely say that there is power in just shutting up at times, I explain. Knightley claps her hands. “I still have that now!” she says with a laugh. “I should shut up too; I’d get into less trouble. But I still find silences really awkward with strangers. I’ll tend to say something stupid and they’ll think I’m stupid—you can see it written on their face. I’m like ‘Oh, my God, I only said that because you’re being so quiet!’”

She chuckles in a way that only the clever can when calling themselves stupid and soon launches into why she’s loving French author Émile Zola’s 19th-century novels—particularly Nana. (Fodder for another period film, perhaps?) For the most part, though, Knightley is actually looking forward to humble pleasures. She laughs. “I’d quite like a margarita.”