One on one with Sophie Turner from Game of Thrones

Find out what Sophie Turner has to say about her role as Sansa Stark on the hit show Game of Thrones. 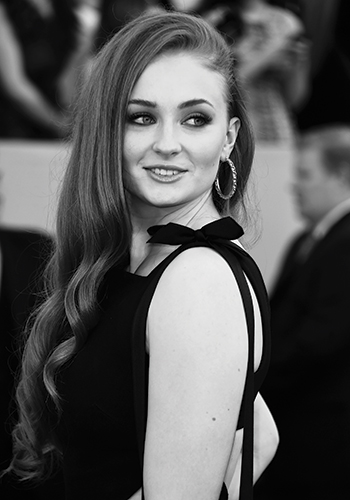 BRINGING UP BABY “At the beginning, I would sometimes think ‘Oh, God, Sansa, can you just get up and kick some ass,’” says Turner, who has been playing the kind – hearted and somewhat naive character since she was 15. But, she adds, she has always loved the role. “Sansa believes in this wonderful fairy – tale world; it’s nice to have that kind of perspective amid all the danger and terror and depression.”

GAME CHANGER With the fifth season premiering in April, viewers are anticipating a decidedly more mature Sansa. “I’ve been so lucky to be able to play this vulnerable little girl who transforms into a powerhouse, manipulative woman – I’m excited to see where she can grow from here.”

SUPERGIRLS Part of the show’s global success is that it consistently offers some of the most complex female characters on television to date. “I’m obsessed with Cersei [played by Lena Headey],” says Turner. “I think she’s the most incredible character to play, and I know her story arc this season will blow people’s minds. It’s insane!”