Neve Campbell on the ‘90s, Party of Five and Doing Good

The Canadian actress was in Toronto for Mott’s Fruitsations “Buy a Cup, Give a Cup” campaign. 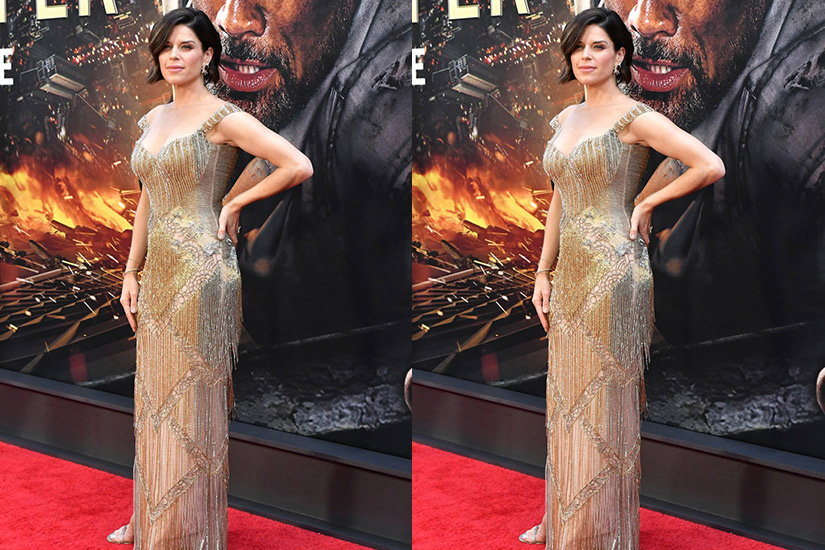 Mention the name Neve Campbell within hearing distance of the ELLE Canada office, and everyone will immediately erupt into a lively conversation about her most iconic roles (all of them, obviously) and our fave bygone trends of the ‘90s—which are bygone no more (thank you, Lara Jean Covey for giving us our scrunchies back). But why are we still so obsessed with the decade that brought us Clueless, Titanic and Scream (starring the aforementioned Canadian actress)?

“There’s an innocence to the ‘90s, a lack of complication that people are in need of at the moment,” Campbell tells us while in town for the Mott’s Fruitsations “Buy a Cup, Give a Cup” program, which donates one cup of the snack to Breakfast Club of Canada for every cup purchased. “Politics are difficult at the moment, we have concerns about the environment and so many heavy things, I think we’re looking to things that are a little bit lighter to escape.”

We caught up with the ‘90s queen (who you’ve also recently seen in Netflix’s House of Cards and opposite Dwayne “The Rock” Johnson in last year’s action flick Skyscraper) to chat about giving back and the Party of Five remake.

On the “Buy a Cup, Give a Cup” campaign

“When I heard the statistics that one in five kids in Canada are going to school without food, I was pretty shocked. It’s so sad that that’s the case. It’s got to be really devastating for these parents as well, to not be able to provide in the way they’d like to. It takes a community to raise children, and if we can all jump in and help out, that’s a really positive thing.”

On how to do good

“You really have to think about what touches you. The first thing I became a part of was the Tourette Syndrome Foundation, because my second youngest brother has Tourette syndrome, so that’s something near and dear to my heart that I knew about and wanted to make a change in. That’s the best place to start. It’s important to educate yourself about the charities, because there are many where the money isn’t really going directly to the cause. So many of them can get caught up in doing these big banquets and the money goes to that as opposed to the cause itself.”

On the Party of Five remake

“It’s a great new concept, because it’s about a family of five kids who are Mexican, whose parents have been sent across the border. It’s really important and timely, and a great new angle on the show. But I haven’t actually discussed it with [any of my old castmates]—although we do stay in touch—because we haven’t seen it yet.”

On her favourite ‘90s fashion trends

“It’s funny because when were in the ‘90s, we felt like we didn’t have an identity or a fashion, and then we later realized that we did. I was into those plaid skirts with the ridiculous thigh-high stockings. I think about it now and it’s not very attractive.”

On what she does while back in Canada

“I love to see my family and I love a good breakfast. Canada does breakfast really well—French toast, eggs and peanut butter! We like our peanut butter here. And when I come up to Ontario, I like to go to my dad’s cottage in Muskoka. To be on the lakes is my heaven.”

On what she’s doing next

“I’ve been developing a show. This really wonderful writer and I came up with a concept together and we’ve just pitched it in L.A. The beginning of the story is about a woman who has a life, husband and child and she makes herself disappear. It’s this middle-class woman who suddenly is in the world and you wonder why she’s deserted her family. Then you learn there’s a history of mental illness and she wants to protect her child from herself. It’s her journey with mental illness and then back to her family. So I’ll be producing and acting in it hopefully this year.”