More details on Drew Barrymore's shock split from her husband

...but it still doesn't make sense. 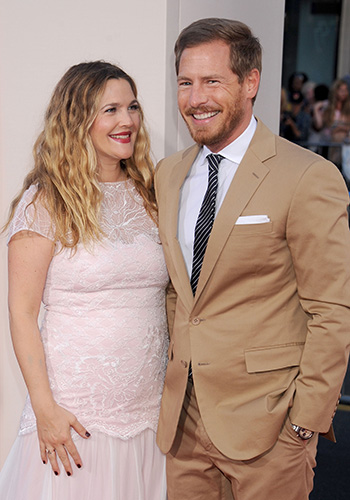 Not gonna lie: Our hearts broke a tiny bit when news came Friday that Drew Barrymore, The Most Ridiculously Likeable Former Child Star Turned Mogul, was splitting with her art consultant husband of three years.

And while it doesn’t make it hurt any less, Drew is giving us a little bit of an (admittedly vague, fairly oblique) explanation as to why they had to break up.

Talking to PopSugar over the weekend, Drew explained:

“I had a really hard time a couple of months ago and kind of knew life was heading in a new direction. I called someone that I really trust, respect and believe in because he has always been the conductor of grace. I said, ‘What’s your advice?’ And he said, ‘You put one foot in front of the other.’ I hung up the phone and I thought, That is why I call this person.”

There’s no intel on who this “conductor of grace” but actually be, but here’s hoping he’s full of much more good advice as Drew and her husband (and their two little ones) move forward with putting those feet in front of each other.

Speaking of her two daughters, Drew had this to say (which makes us feel pretty good that everyone’s going to be okay in the end):

“For them to know that they were not just loved, but, like, ridiculously, utterly, life-alteringly loved. That’s the only reason I’m here now!”

ALL the celebs who have started dating in 2016