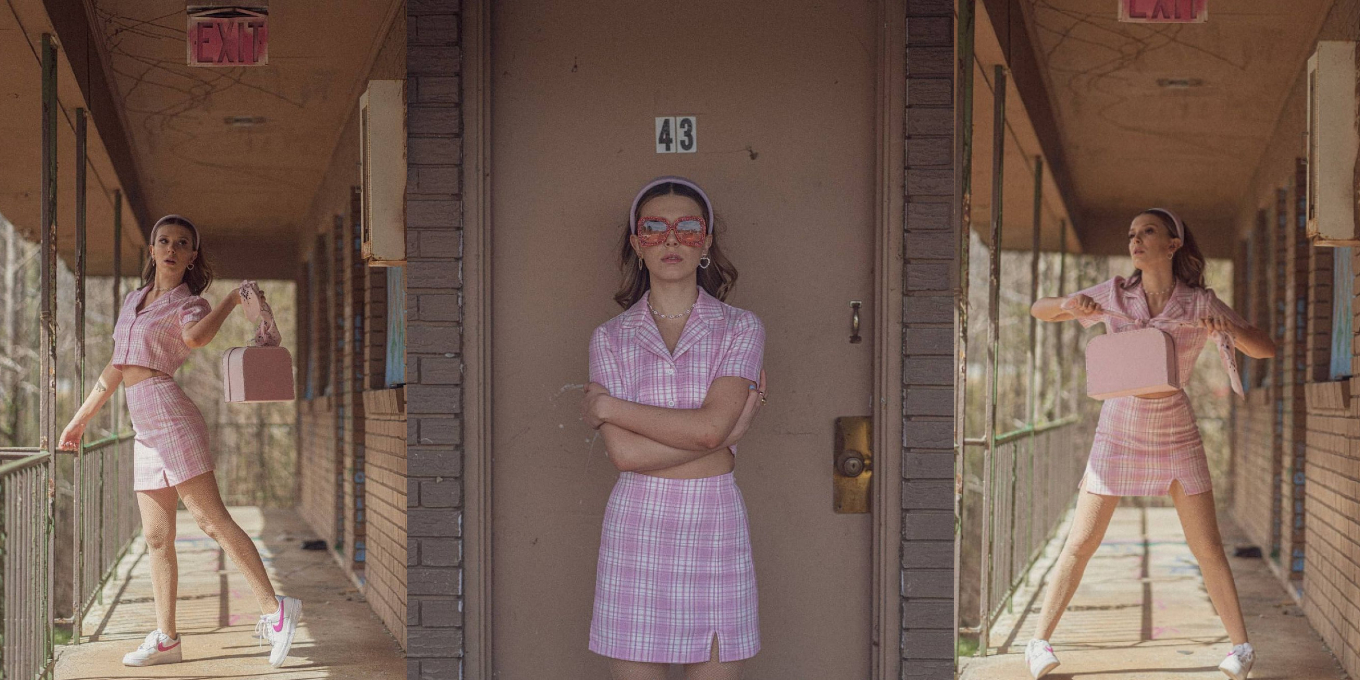 Millie Bobby Brown has opened up about growing up in Hollywood and how her fans ‘aren’t ready to accept’ that she’s not a young child star anymore.

The actor was 12-years-old when she made her Netflix debut in Stranger Things in 2016 but now, aged 17, Brown has revealed she often struggles with fans who can’t accept that she’s growing older.

In a recent video interview with MTV News, the actor said: ‘I’m only 17, but at the end of the day, I’m learning to be a woman. I’m learning to be a young woman, being a young girl, people watch you grow up, right? And they’ve almost become invested in your growth and your journey. But they aren’t ready to accept the fact that you’re growing up.’

The Godzilla Vs King Kong star continued, stating that fan criticism has mostly been aimed at her fashion choices in recent years.

The star continued, attributing this lack of acceptance to a ‘transitioning period’ in her career, noting: ‘They’re not accepting it and I’ve completely accepted it. You know, I’m ready. I’m like, “It’s been a while. Let me wear a high heel!” I’m not going to be playing those young girls anymore.’

Brown previously opened up about the difficulties she has faced with certain fans after she felt ‘disrespected’ following an ‘uncomfortable’ and strange interaction with one fan last year.

In November, the teen reportedly broke down in tears during one of her Instagram Stories, during which she recalled an incident that occurred while out shopping with her mother.

According to E! News, in the video – which was reportedly deleted from the star’s Instagram Stories but captured by some Twitter users – Brown described an interaction with a fan who recognized her and asked to ‘take a video of her’, which the actor subsequently declined.

millie bobby brown just posted on her instastory talking about how once again people forget that celebrities ARE human beings. no matter who they are you have to respect them and be kind, making someone uncomfortable it’s not cool. pic.twitter.com/76y1gEafmY

‘Why would anyone want to be taken a video of?’, Brown reportedly questioned in the clip. ‘Of me? It’s not like of the both of us.

According to the actor, this logic wasn’t enough for the fan who ‘began to video again’ while the star was attempting to pay for something during her shopping trip. In response, Brown said she asked the fan: ‘I’m a human being. Like, what more can I ask from you?’

Brown then reportedly opened up about the complexities of navigating fame early in her career, touching on the issue of consent particularly when it comes to young celebrities.

It’s a subject her co-star Natalia Dyer touch on last year while discussing her struggles with fame and her decision to not take pictures with fans.

‘I love talking to people but sometimes people come up and literally just say, “Can I get a photo with you?” and then leave and you feel very commodified,’ the 24-year-old told ELLE.

Embrace Slow Travel in Québec by the Sea

For fans of Daisy Jones & the Six, The Final Revival of Opal & Nev will be a gripping read.

Embrace Slow Travel in Québec by the Sea