Meryl Streep, Emma Watson and More to Walk the Red Carpet with Activists at the Golden Globes 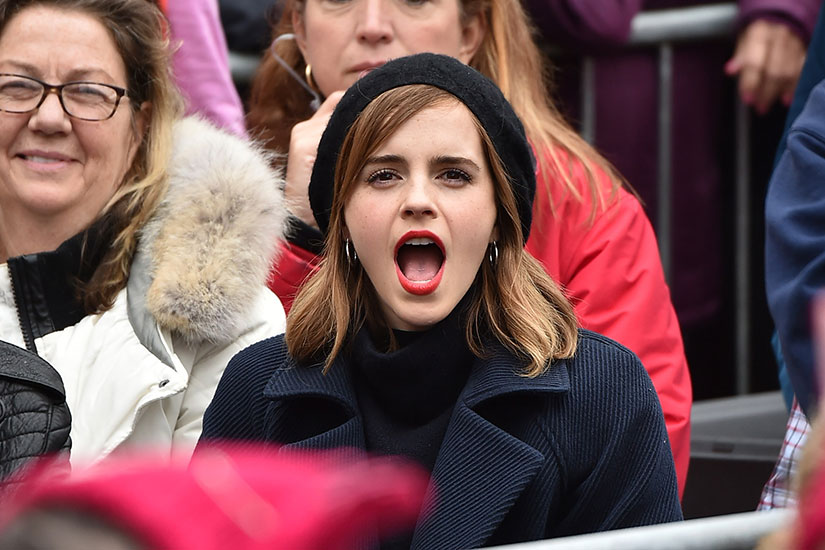 At the Golden Globes tonight, stars will be peppered with questions about sexual harassment and assault, issues that have dominated the cultural conversation since the New York Times published dozens of allegations against Harvey Weinstein last fall — how to respond, what steps need to be taken, where to go from here. But several prominent actresses have decided that rather than offer up only their own soundbites, they’d like to let the coalition speak for itself.

Michelle Williams, Emma Watson, Susan Sarandon, Meryl Streep, Laura Dern,Shailene Woodley, Amy Poehler, and Emma Stone have invited advocates and activists to join them at the event to stand with women who’ve been victims of sexual harassment and assault not just in film and television, but in industries far less visible than their own.

The public show of support is just the latest high-profile move from TIME’S UP, a campaign that some of the most prominent women in Hollywood launched not only to overhaul their own business, but to support women in more marginalized communities as well. In an open letter that served to announce the initiative, the women of TIME’S UP wrote: We “recognize our own privilege and the fact that we have access to enormous platforms to amplify our voices.” Moreover, they added that they intend to use their “access to the media and to important decision makers” to demand real consequences.

But that letter—impressive on its own—was made more so because it echoed an earlier one that had been sent to them. In November, 700,000 farmworkers asserted that they stood with their better-known counterparts. “We do not work under bright stage lights or on the big screen. We work in the shadows of society in isolated fields and packinghouses that are out of sight and out of mind for most people in this country,” the women wrote. Still, the farmworkers offered up a statement of validation: “[B]ecause you have bravely chosen to speak out against the harrowing acts that were committed against you, please know that you’re not alone. We believe and stand with you.”

It’s appropriate then that one of the activists who’s been invited to attend the Globes is Mónica Ramírez, co-founder of Alianza Nacional de Campesinas, the same organization that coordinated that letter. Ramírez will be the guest of Laura Dern. In a statement, she reiterated that sexual harassment and assault “are issues that are bigger than any one person” and that ending them requires coordinated and teamwork. “Farmworker women have been standing up and speaking out against sexual violence in the workplace for decades,” she said. “We proudly stand in our power with our sisters in the entertainment industry and everyone committed to ending these abuses.”

Ai-jen Poo, the director of the National Domestic Workers Alliance and the guest of Meryl Streep at the Globes, added in her own statement that her attendance is meant to emphasize the common values that all women who push back against exploitation and harassment share: “[F]rom the casting room to the kitchen, all women deserve dignity and safety where they work.”

“Domestic workers know the power of organizing and see this moment of unity among women across industries as a turning point for our movement end sexual harassment and violence once and for all,” Poo said.

Meanwhile, Tarana Burke, founder of the #MeToo movement, will join Michelle Williams; Marai Larasi, executive director of Imkaan, a black-feminist network organization that rallies women across the United Kingdom, will join Emma Watson; Rosa Clemente, the organizer, activist, and political commentator, will join Susan Sarandon; Calina Lawrence, a member of the Suquamish Tribe and an advocate for Native Americans, will attend with Shailene Woodley; Saru Jayaraman, president of Restaurant Opportunities Centers (ROC) and director of the Food Labor Research Center at the University of California, Berkeley, will attend with Amy Poehler; and Billie Jean King, the famed tennis player, will attend with Emma Stone, who was nominated for her portrayal of King in Battle of the Sexes.