The musician would like everyone to stop over-analyzing, please. 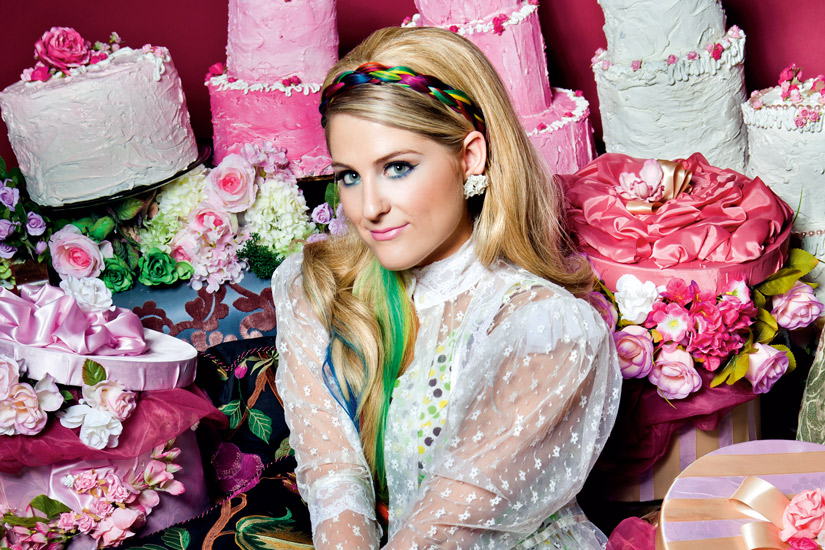 After Meghan Trainor co-wrote “All About That Bass” with producer Kevin Kadish, they spent six months shopping it around. It was passed on by at least a dozen artists. The earworm only became Trainor’s own first single because she played it on her ukulele while auditioning for über-producer L.A. Reid.

So the Nantucket, Mass., songwriter certainly didn’t write the booty-centric hit with the intention of it becoming her manifesto or philosophical statement.

In fact, she readily admits that some of the lyrics, like “boys like a little more booty to hold at night,” were coined just to score a catchy rhyme.
That’s why, even though the song made her pop’s breakout star of 2014 with a tour and a bestselling EP, Trainor would really like everyone to stop reading so much into it—starting with “scary” feminists.

“A lot of Twitter accounts that were called, like, ‘Feminist for life’ were the only ones coming at me saying ‘Your song is just about what men want for women,’” she says. “I was like ‘Uh-oh, they hate me!’”

It probably didn’t help that Trainor said she wasn’t a feminist in an interview with Billboard last September. “Back then, I couldn’t tell you the definition so I felt bad—I’m just a 20-year-old girl who writes songs,” she explains.

READ MORE: Can feminism really be a fashion trend?

Fast-forward a few months and she has done a little research. “I finally read the definition and I was like ‘Wait, this is me!’” says Trainor, adding that her songs are about getting equal treatment and that Beyoncé is her “all-time favourite person”—partly because they agree that girls “run the world.” That might not be the exact messaging feminists would use, but it’s as deep as Trainor cares to dig on this issue.

She is happier about the fact that her hit song, which begins with a proud declaration that she “ain’t no size 2,” has spread some much-needed body positivity.

“When I found out I got a record deal, I was like ‘Oh, God, they’re going to make me exercise and lose weight and wear bathing suits and it’s going to be awful,’” recalls Trainor. “But, actually, they were like ‘We love you just as you are!’”—though she is quick to add that she thinks she’s “normal size.”

READ MORE: 10 pieces every woman needs in her closet

In fact, it seems that if Trainor is interested in doing anything as an artist, it’s celebrating her ordinariness. “I want someone to talk about the walk of shame and drunk texting so I don’t feel so bad,” she says. “Everyone does it, but everyone’s just doing love songs.” Luckily, Trainor’s just-released album, Title, has songs that grapple with both those topics.