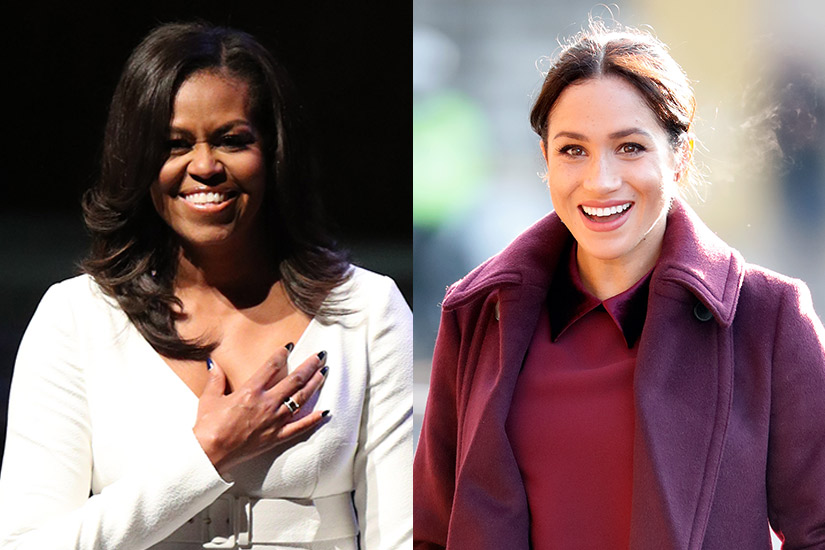 The Evening Standard reports that a friend at the event said that Meghan “had a long private audience with Michelle. They spoke at length about the importance of supporting and empowering women across all cultures and communities.” The source added that Meghan and Michelle formed a “strong bond” and are “expected to stay in close contact.”

Meghan’s appearance at Michelle’s book talk comes just days after the former First Lady made headlines for giving Meghan some advice in her Good Housekeeping UK interview. “Like me, Meghan probably never dreamt that she’d have a life like this, and the pressure you feel—from yourself and from others—can sometimes feel like a lot,” she told the outlet.

“So my biggest piece of advice would be to take some time and don’t be in a hurry to do anything,” Michelle continued. “I spent the first few months in the White House mainly worrying about my daughters, making sure they were off to a good start at school and making new friends before I launched into any more ambitious work. I think it’s okay–it’s good, even–to do that. What I’d say is that there’s so much opportunity to do good with a platform like that–and I think Meghan can maximize her impact for others, as well her own happiness, if she’s doing something that resonates with her personally.”