Meghan Markle Faces Impossible Decision: Be a Duchess or Give Up Garlic 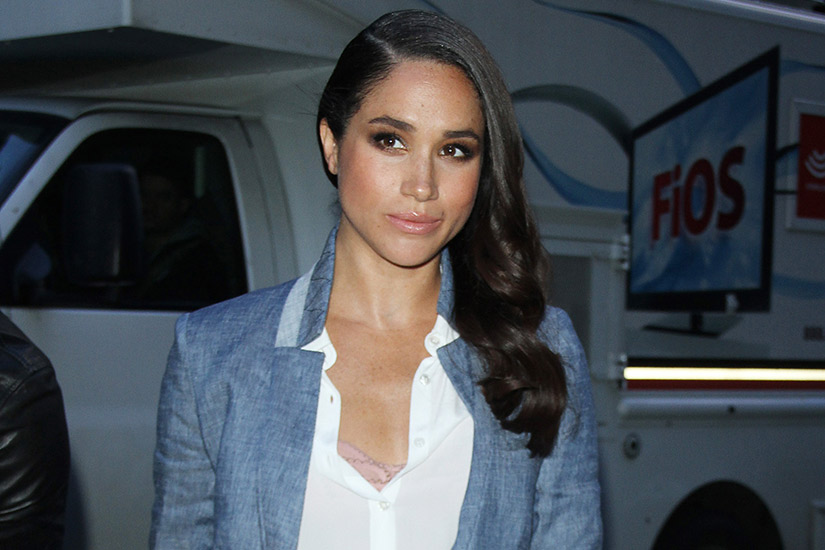 Keen-to-please new royal Meghan Markle is adjusting to the many different quirky rules of being a duchess: curtseying is now required to all family members with higher titles (so to future king Prince William and Kate Middleton), crossing legs is apparently one of the worst etiquette offenses, autographs are prohibited, etc. But arguably the single greatest sacrifices she or any royal will ever make is the Queen’s mandate they give up eating foods with garlic in them…at least while at royal events and state banquets at home and abroad. The Daily Express reports Queen Elizabeth II banned the ingredient because she is “known to hate it” and the bad breath it causes.

Sure, a mint could mitigate the bad breath issue, but the Queen prefers royal families not risk it when talking to guests. So no garlic foods ever, period, and nothing full of onion either. “We can never serve anything with garlic or too much onions,” Darren McGrady, a royal chef at Buckingham Palace, told the outlet. “The Queen would never have garlic on the menu.”

Giving up garlic to be a duchess means Meghan has to give up eating some of her favorite foods at engagements, the outlet continued via Today. (That Engagement Roast Chicken recipe Meghan and Harry allegedly had the night he proposed has a whole head of garlic in it, for instance, though they were in private where they could get away with using the forbidden ingredient.)

Meghan called chicken adobo one of her favorite foods to make back during that June 2012 interview and talked all about its garlicky flavor. “I am a big fan of Sunday suppers,” she said. “Whether we’re eating lamb tagine, pot roast or a hearty soup, the idea of gathering for a hearty meal with friends and family on a Sunday makes me feel comforted. I enjoy making slow-cooked food on Sundays, like Filipino-style chicken adobo. It’s so easy—combine garlic, soy (or Bragg Liquid Aminos), vinegar, maybe some lemon and let the chicken swim in that sauce until it falls off the bone in a Crock Pot. I have a beautiful Le Creuset that could also do the trick, but the Sunday supper ‘Americana’ of it all calls for a Crock Pot. Set it and forget it and serve with brown rice and salad.” Sigh. The things you must do for love!