Winfrey and the Sussexes sat down for a televised interview, which aired on Sunday evening. 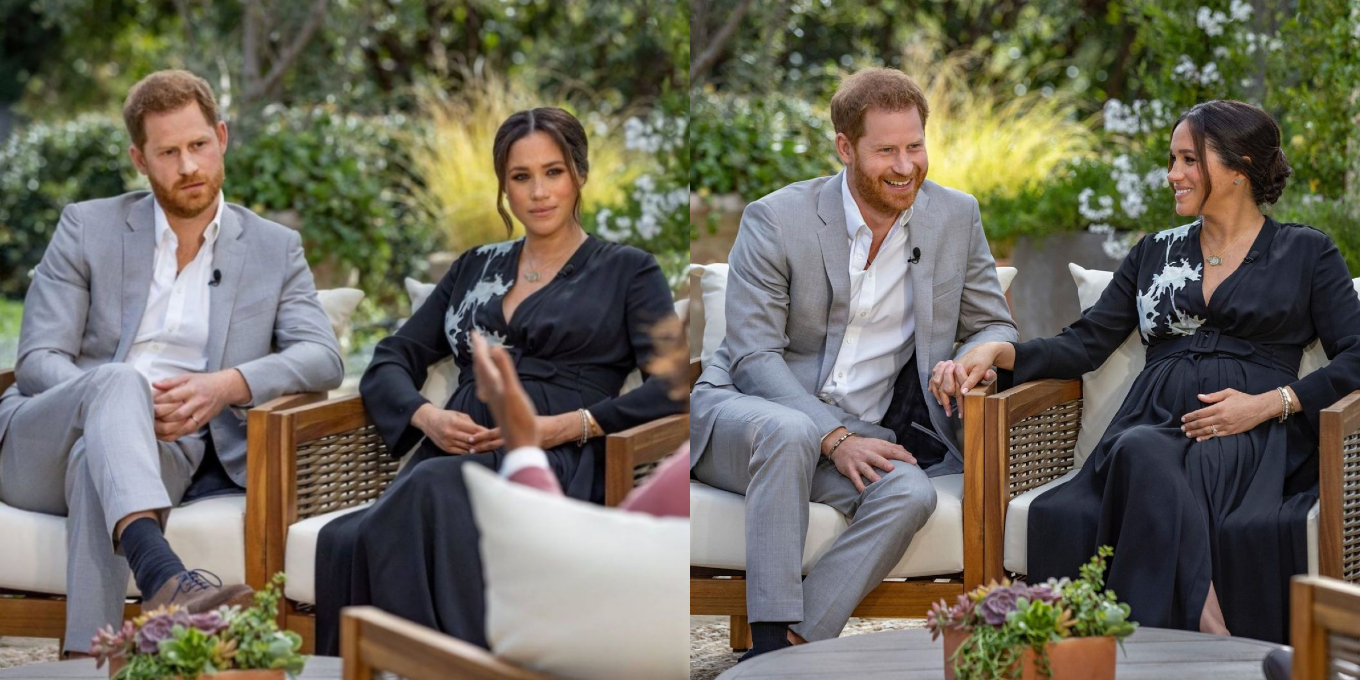 Meghan Markle has taken part in her first televised interview since stepping back as a senior member of the royal family.

The Duchess of Sussex – who has confirmed she is expecting a daughter – joined veteran television host and interviewer Oprah Winfrey for a televised special entitled, Oprah with Meghan and Harry: A CBS Primetime Special, which aired in the US and Canada last night on Sunday March 7.

Following the former Suits actor’s one-on-one with the celebrated TV personality, they were joined by Prince Harry – who opened up about being cut off financially from the monarchy and discussed the strain their decision to step away from ‘The Firm’ had put on his relationships within the family.

The couple’s interview broke the mould by having two senior members of the royal family speak out so publicly, refusing to adhere to the ‘stiff upper lip’ behaviour historically followed by the institution. Buckingham Palace has not yet responded to the interview.

Winfrey attended the Sussexes’ royal wedding in May 2018 and the trio are now believed to be neighbours after the TV executive shared a present her ‘neighbour M’ had given her for Christmas. Back in 2019, it was also announced that Winfrey and Prince Harry were working on an Apple TV series focusing on mental health together.

Here are eight of the most shocking statements made by the Duke and Duchess of Sussex during their groundbreaking interview:

One of the most devastating, shocking and emotional parts of the interview is when Meghan admitted to experiencing suicidal thoughts during her time with the royal family.

‘I just didn’t want to be alive anymore,’ the Duchess told Winfrey.

When asked directly by the TV host if she was ‘thinking of harming herself or having suicidal thoughts’, Meghan answered candidly: ‘Yes, this was very very clear and very scary, I didn’t know who to turn to and [say]: “These are the thoughts I’m having in the middle of the night that are very clear and I’m scared because this is very real, this isn’t some abstract idea, this is methodical and this is not who I am”.’

Meghan continued, revealing that there was an occasion when she and Harry had to attend an event and her husband recommended she stayed home, but Meghan told him she had to go because she ‘couldn’t be left alone’. When Winfrey clarified if this was because she was ‘afraid of what she might do to herself,’ Meghan nodded and began to cry.

Meghan then referenced a picture taken on the night of that event – a Cirque du Soleil performance in January 2019, while Meghan was pregnant – after she had opened up to her husband about her mental health, saying if you ‘zoom in you can see how tightly his knuckles are gripped around mine, you can see the whites of our knuckles, because we are smiling and doing our jobs but we’re both just trying to hold on… every time those lights went down in that royal box I was just weeping and he was just gripping my hand.

‘I think it’s so important for people to remember that you have no idea what’s going on behind closed doors,’ Meghan said, adding that in between bouts of ‘weeping’ when the lights came on and cameras were once again directed her way she would smile.

2. Meghan claims she went to the palace for mental health support

After opening up about the state of her mental health which, according to the BBC, came after the Duchess conveyed how lonely she felt after joining the royal family, Meghan said she went to ‘the institution and said that I needed to go somewhere to get help, said I had never felt that way before and need to go somewhere, and I was told that I couldn’t, that it wouldn’t be good for the institution’.

The Duchess added: ‘Nothing was ever done.’

In an earlier clip of the interview, released last week by CBS, the Duke of Sussex also discussed mental health, drawing on parallels between the treatment of his mother, the late Princess Diana, and his wife, saying that he feared history was ‘repeating itself’. The mother-of-two died in a car accident in 1997 while being pursued by paparazzi.

Holding his wife’s hand, he added: ‘For me, I’m just really relieved and happy to be sitting here, talking to you with my wife by my side. Because I can’t begin to imagine what it must have been like for her [Diana], going through this process by herself all those years ago.

‘It’s been unbelievably tough for the two of us, but at least we had each other.’

3. Meghan says she did not make Kate Middleton cry and, actually, ‘the reverse happened’

When questioned by Winfrey about one of the main circulating tabloid rumours during Meghan’s time in the royal family – that in the lead up to the wedding the bride allegedly made Kate Middleton cry during a discussion about flower girl dresses – Meghan said that wasn’t the case and that actually ‘the reverse happened’, explaining that she was left crying after a conversation with the Duchess of Cambridge.

‘Everyone in the institution knew that wasn’t true,’ Meghan said about the rumours she had made Kate cry.

According to the BBC, Meghan said the incident did not cause long-lasting friction between the two Duchesses, with Kate later apologizing, sending Meghan flowers and a note to reconcile.

‘I don’t say that to be disparaging to anyone, because it was a really hard week of the wedding and she was upset about something but she owned it and she apologized and she brought me flowers and a note apologizing, she did what I would do if I knew that I hurt someone,’ said Meghan.

Adding that Kate was ‘a good person’ (according to the BBC), Meghan said she wasn’t going to get into the details of the interaction – which she refused to call a ‘confrontation’ – because it wouldn’t be fair to the Duchess of Cambridge as she apologized and Meghan forgave her.

4. Meghan says there were ‘concerns and conversations’ within the palace about Archie’s skin tone

One of the most shocking claims made in the interview was when Meghan discussed ‘concerns and conversations’ that were happening while she was pregnant with her first child, Archie.

When Harry joined, he also discussed the conversation, reports the BBC, to say: ‘That conversation, I am never going to share… At the time it was awkward, I was a bit shocked.’

Meghan also said that Archie was never offered the title of a prince, and consequently the security they had expected.

One of the most eye-opening revelations from Harry was about the state of his relationship with his father Prince Charles and brother Prince William.

Harry said that his father eventually stopped ‘taking his calls’ when Meghan and Harry were putting in place their plans to step back as working members of the royal family last year, while speaking with Winfrey,

‘I had two conversations with my father before he stopped taking my calls… ‘ said Harry. ‘… there’s a lot to work through there, I feel really let down because he’s been through something similar and he knows what pain feels like and Archie’s his grandson. But of course I will always love him.’ 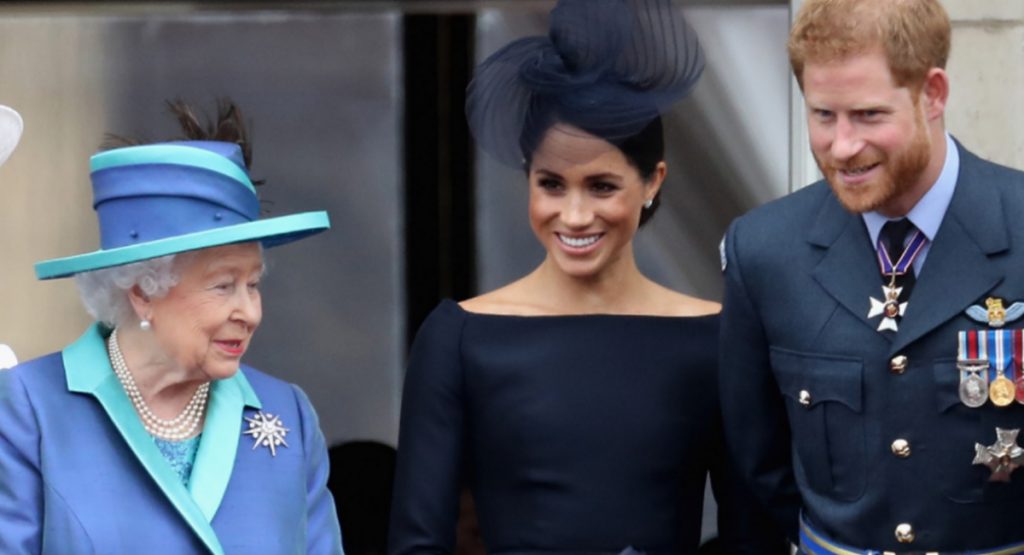 According to the BBC, Prince Harry added that he has a ‘really good relationship’ with his grandmother, the Queen and regarding his brother, Prince William said he ‘loved him to bits’, acknowledged the ‘hell’ the brothers have been through together, but reiterated what he said last year in an ITV news special, saying they are ‘on different paths’.

6. The couple actually married days before the 2018 Royal Wedding

‘Three days before our wedding, we got married,’ Meghan told Winfrey while the three of them tended to chickens in a breakaway segment from the interview. ‘No one knows that.’

The BBC reports that the couple were married by Archbishop of Canterbury days before the televised nuptials.

‘We called the Archbishop and we just said, “look, this thing, this spectacle is for the world but we want our union between us… just the two of us in our backyard”,’ Meghan explained.

7. Meghan and Harry confirm they are expecting a baby girl

The couple have also chosen to publicly disclose the sex of their second child. Meghan and Harry confirmed they are expecting another baby on Valentine’s Day, with the royal couple saying the second addition, who is due in ‘summertime’, would complete their family of four.

‘To have a boy and then a girl, what more could you ask for?’ said Harry. 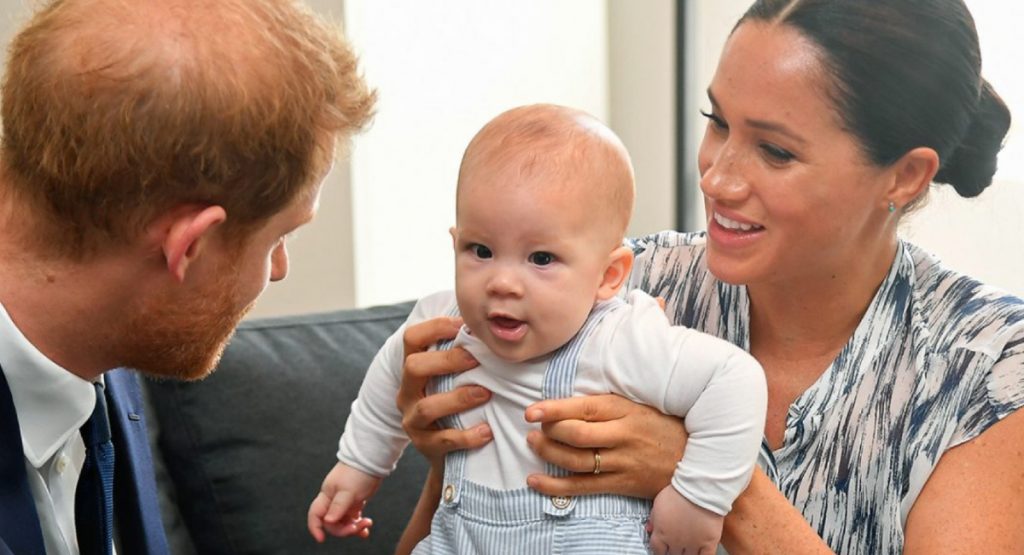 8. Meghan Markle on why she is speaking out

In a teaser trailer for the primetime interview with the couple, the television mogul asked Meghan how she thinks the palace would feel about their interview, to which Meghan responded by saying that the institution, who she referred to as ‘The Firm’, can’t expect them to remain silent if it had an ‘active role’ in perpetrating false stories and narratives about the couple.

‘I don’t know how they could expect that after all of this time we would still just be silent if there is an active role that the firm is playing in perpetuating falsehoods about us,’ said the Duchess, solemnly.

‘If that comes with a risk of losing things, I mean there’s a lot that’s been lost already.’

The trailer came as an ongoing dispute between the Sussexes and Buckingham Palace has escalated in recent days. Last Wednesday, the Palace issued a statement saying it was ‘clearly very concerned’ over allegations published in The Times that a bullying report against the Duchess of Sussex had been made by a staff member in 2018 and that their HR teams would be ‘looking into the circumstances outlined in the article’.

Spokespersons and lawyers for Meghan have responded by saying the Duchess is ‘saddened by the latest attack on her character, particularly as someone who has been the target of bullying herself and is deeply committed to supporting those who have experienced pain and trauma’. The Sussexes’ lawyers added that The Times was ‘being used by Buckingham Palace to peddle a wholly false narrative… based on misleading and harmful misinformation’, ahead of their interview with Winfrey this Sunday, according to the newspaper.