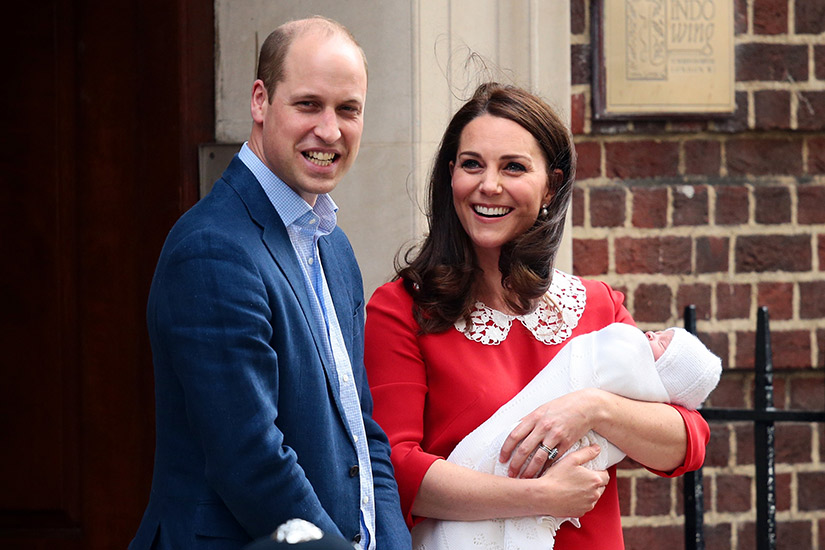 Louis new godmothers are: Kate’s cousin Lucy Middleton; Lady Laura Meade, who is married to James Meade, one of Prince William’s closest friends (and godfather to Princess Charlotte); and Hannah Carter, one of Kate’s friends from school.

His godfathers include: Nicholas van Cutsem, a close family friend of Will and Harry’s (his brother William is also godfather to Prince George); Guy Pelly, a close friend to the Duke and Duchess of Cambridge; and Harry Aubrey-Fletcher, a school friend of Will’s.

Along with this morning’s announcement, the palace also revealed that neither Queen Elizabeth nor Prince Philip will attend Prince Louis baptism. Don’t worry, though: according to People, their absence had been discussed with William and Kate “some time ago” and is not because of any health concerns. The Queen has, in fact, had a very busy work week and was travelling back from Sandringham today.