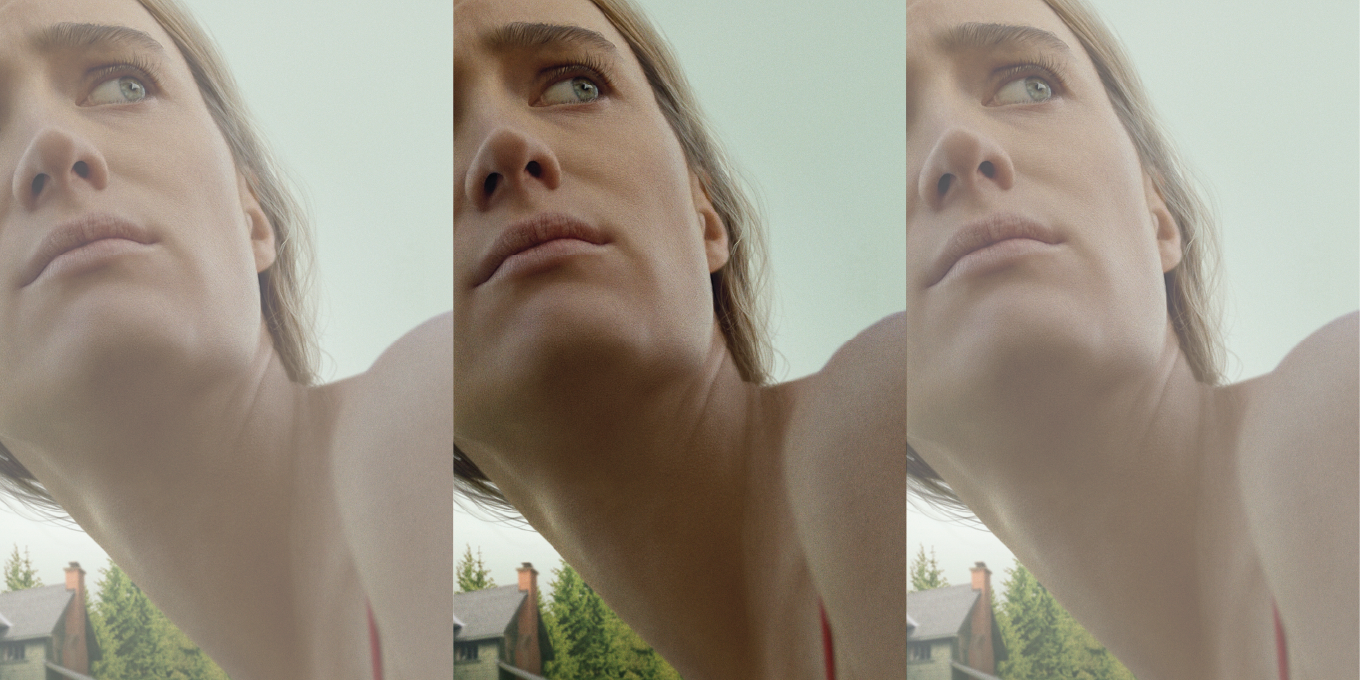 When Mackenzie Davis first got the script for Station Eleven, she wasn’t quite sure the role was what she was looking for. “It was September, 2019, and I was like, ‘a post-apocalyptic, knife-throwing, warrior character?’” she says when we speak via Zoom ahead of the show’s HBO Max December 16 premiere (Crave for Canadians). “It didn’t feel quite like that big of a change from what I just finished [Terminator: Dark Fate]. But it was extremely different.” Best known for her roles in Blade Runner 2049, Black Mirror, the cult series Halt and Catch Fire, and more recently, holiday comedy hit Happiest Season opposite Kristen Stewart, the Vancouver native needed some more convincing.

Created by Patrick Somerville (Made for Love, The Leftovers), with most episodes directed by Hiro Murai (Atlanta) and based on the award-winning 2014 novel by Canadian author Emily St. John Mandel, Station Eleven is about a swine flu pandemic that wipes out almost everyone in the world. There remain small pockets of survivors, including a troupe called the Travelling Orchestra—which Davis’ lead character, Kristen Raymonde is a part of— they make their way around the Great Lakes region performing Shakespeare plays for those who remain in this brave new world.

“I really wanted to work with Patrick and Hiro—I think they are both genuine visionary people who can see the world in a new way and create stories that feel very fresh even though [this is] a post-apocalyptic story,” says Davis. “They are really good at reframing what you think you know.” Somerville and Murai pitched Davis the entire miniseries in an effort to get her on board. She was sold. “It was so much about finding people, loving people, finding community and holding out hope for somebody for your life,” she says. “That stuff just really hit me. I cried in our first meeting when they described a reunion between two characters and then kept crying for basically the next two years.” 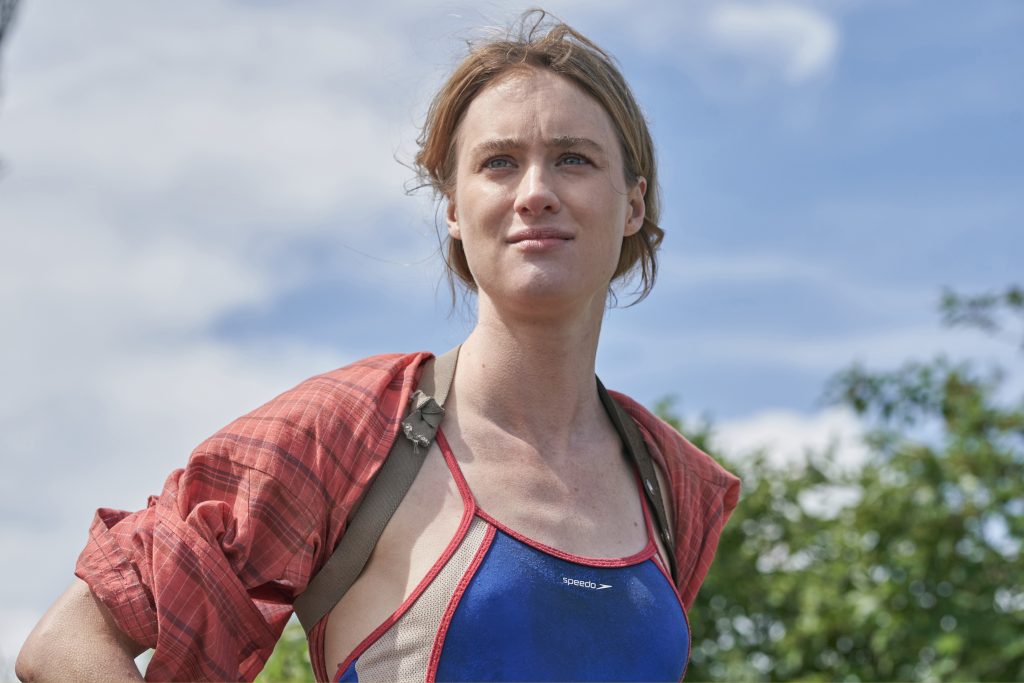 Ironically, production began on the series in Chicago in January 2020, only to be shut down a couple months later due to the very real pandemic, and was relocated to Toronto in January of 2021. Being in this particular production, at this particular moment in time turned out to be a good outlet to channel the uncertainty and fear Davis was feeling. “Both the act of making [Station Eleven] and my character, made a space for me—and for everybody [on set]—to put something too big and too shapeless into,” says Davis. “Kind of like putting loose jello into a box and being like ‘OK, that’s what my trauma looks like right now, that’s my grief.’ It was sad, we were all sad.”

Along with the undertones of sadness, fear and uncertainty that we are now collectively all too familiar with, Station Eleven’s storyline—filled with interlaced characters, kismet connections and a sinister man known as The Prophet—jumps back and forth in time. It swings from pre-pandemic times and the precipice of the globally devastating events, to the post pandemic years where Kristen, who goes from a child to an adult throughout the series, is forced to grow up in survival mode and on the move, all the while dealing with the grief of her past. “I think [my character is] toggling between still feeling like a child in a lot of ways because she had to grow up so fast, but also being really good at growing up fast because she is the grown up—she is encircled by two identities that haven’t fully fused,” says Davis of the complexity of playing Kristen. 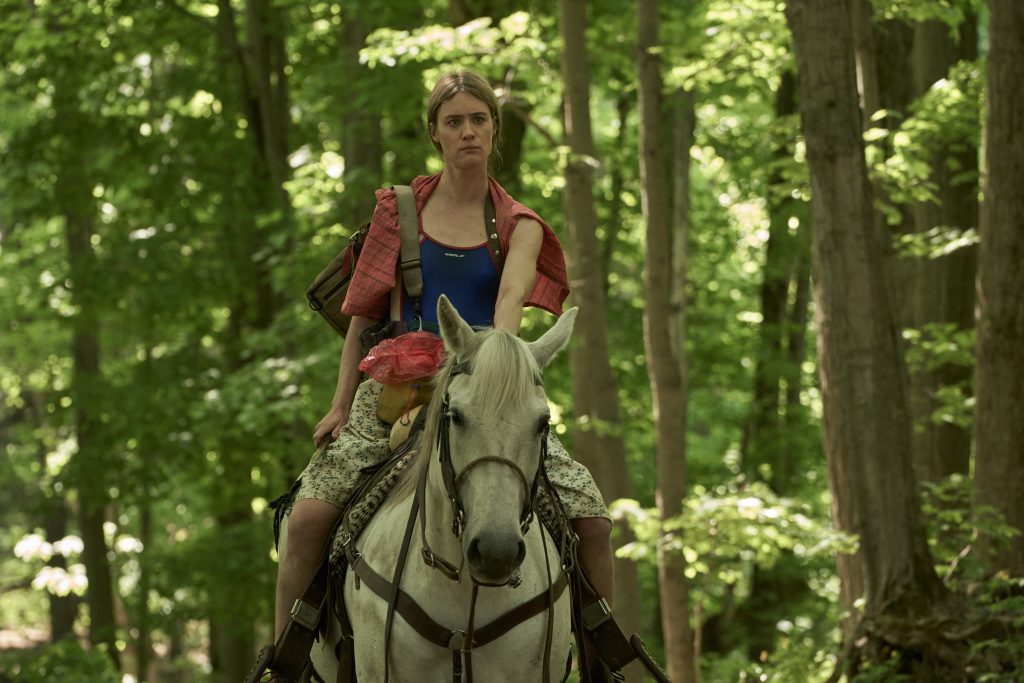 Being an actor was not something that Davis always identified with herself, but when she moved to Montreal to study, she took classes with the late, beloved acting teacher, Jacqueline McClintock. Like many of Davis’ Canadian peers, including Antoni Porowski, Meaghan Rath, Carolina Bartczak, Anna Hopkins and Scott Speedman, McClintock instilled more than just invaluable skills and a deep love of her craft, she guided her students to be not only better actors, but better people. “Jacqueline’s class was magical,” says Davis, lighting up at her memory. “She was how you should be as a person and what you should strive for. She was one of the most remarkable women I have ever met. Everyone who worked with her has been touched forever by her. She just strove for truth in an absolutely no bullshit way that I think has affected me for the rest of my life.”

It was under McClintock’s insistence that Davis go study at the Neighborhood Playhouse School of the Theatre in New York City and, shortly after, her acting career took off with the breakout role of Cameron Howe on AMC’s Halt and Catch Fire in 2014. Davis has not slowed down since. Now, with Station Eleven finally out in the world and as we enter a new and unknown phase of this pandemic, Davis, like all of us, wants to try to move on, which for her includes a new home-base in London, England, and exciting projects on the horizon. “I really want to have fun when I go to work, and that can take many forms,” says Davis. “You spend so much of your life in the making of things, you’re far from home, it’s so disruptive to relationships, it’s a lifestyle—a unique lifestyle where there’s lots of amazing things about it—but it can sometimes feel lonely and hard. I just want to work on things and with people that are cool, to laugh at work and have fun with whatever we’re making. That’s what I’m thinking right now,” she muses. “But who knows?”

Station Eleven is available to stream on Crave now.

Read more:
Lily Collins on Her Beauty Essentials, Self Care and Emily in Paris Season 2
See‘s Nesta Cooper Is Coming Into Her Own
Chances Are You’ve Seen Patti Harrison Before and She’s Made You Laugh—Hard