Kristin Kreuk goes from Smallville to big time in her first feature film. 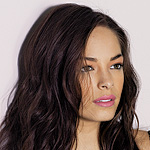 This isn’t exactly a news flash, but don’t believe everything you read on the Internet about Kristin Kreuk. For the record: the 24-year-old star of WB’s Smallville does not waltz around her house naked; she won’t be playing Agent 99 in the upcoming film Get Smart with Steve Carell; and she is not as conflicted about her fame as she reportedly was.

“There was a quote — which I don’t think I said — about how I love to hang around my house naked,” Kreuk says, laughing. “Even if I did, I wouldn’t go around talking about it! It has become the truth because it’s on the Internet. It’s wild.” And Agent 99? “There’s all this buzz, and no one has spoken to me. I’m totally clueless. Honestly, I don’t even know who Agent 99 is!”

A touch of fame
On the subject of acting, Kreuk admits that she may have told a reporter six years ago that she found it to be “a little too much.” She had just landed the role of Lana Lang, the love interest of a teenaged Superman (TomWelling). Before Smallville, her only other acting credit was on the CBC-TV high school drama Edgemont. “I was 18 years old, and for me it was too much,” says Kreuk. “At this point, I’ve worked through a lot of my stuff with regard to being famous. It’s something that I don’t love. Being approached is often frightening for me, even if someone means no harm.”

Introducing Partition
To cope, Kreuk says she made the decision a few years ago to stay out of the press as much as possible. She agreed to do interviews to promote the film Partition — her big-screen debut — because she respects everyone involved and believes that the film’s message of love and tolerance offers some timely insights. The movie, which was written and directed by Vic Sarin, also co-stars Jimi Mistry and Neve Campbell. It is set in 1947, shortly after the Islamic Republic of Pakistan was formed and India gained its independence from Britain. Violent clashes had broken out between Muslims and Sikhs — a conflict that continues today in disputed areas along the Kashmir border. Kreuk plays Naseem, a young woman who is travelling with her family and other Muslims to their new home in Pakistan when they are attacked. In the chaos that ensues, Naseem’s father is killed and she is separated from her family. She is later found by Mistry’s character, Gian, a soft-spoken former Sikh soldier who protects her from further harm. Against the wishes of his family and community, Gian brings her into his home. Meanwhile, he enlists his British friend Margaret (Neve Campbell) to help with the difficult task of tracking down Naseem’s family. As time passes — and no contact is made — Naseem and Gian fall in love and have a child. Naseem is eventually reunited with her family, but the film’s ending is tragically fitting in this Eastern Romeo and Juliet love story.

Sarin has said that he never intended his film to be a history lesson on partition but rather a story that explores humanity in its purest form: “The greatest tragedy is when the freedom to love who you choose is imposed by outside forces. I think that at the end of the day, all that matters is who you reach out to and touch in your lifetime.”

The lesson wasn’t lost on Kreuk. “Love is something that can bind us together,” she says. “It seems to me that as soon as we choose to be on the same team, regardless of our belief systems, we can work toward a similar goal. Love and tolerance are the greatest values we can have.”

Partition will be released February 2, 2007.