It’s hard to watch TV these days without spotting Kirby Howell-Baptiste, and now she’s set to take over the big screen too. 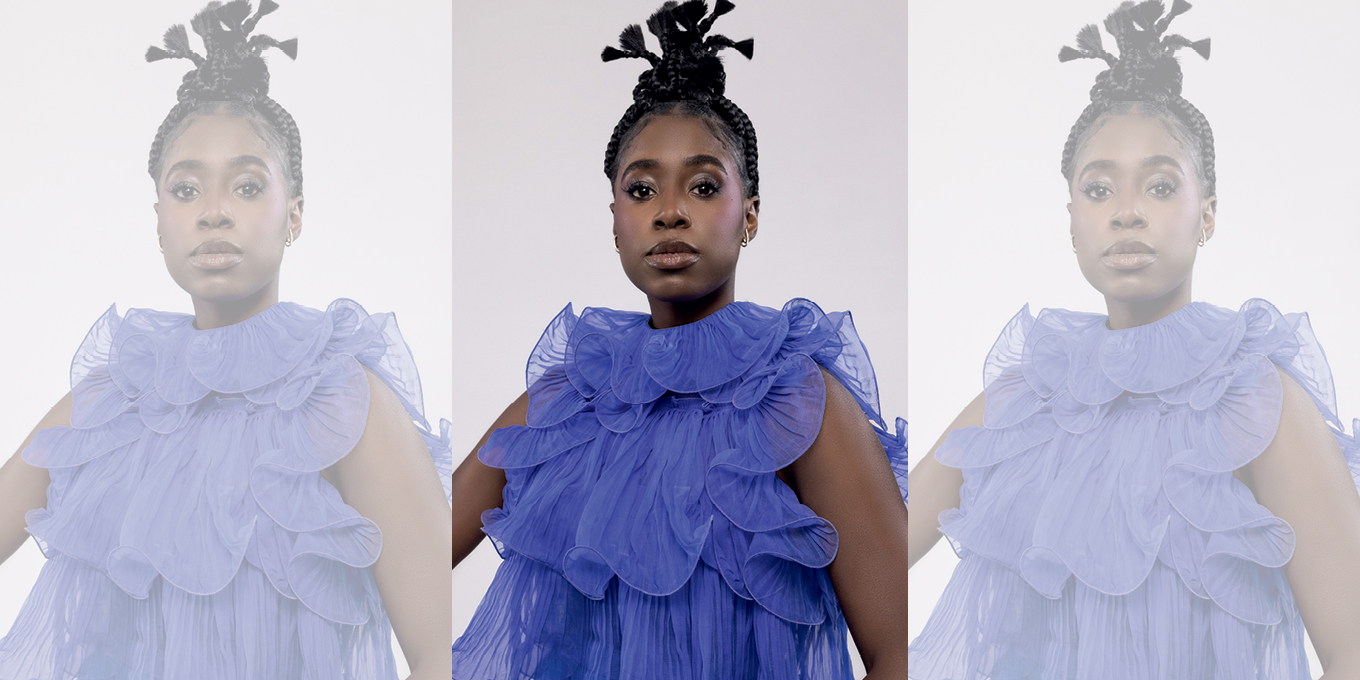 If this talented Brit looks familiar, it’s because she’s in one (or two, or three) of the series you’ve been binge-watching this past year. With roles in critically acclaimed productions like Veronica Mars, Love, Killing Eve, Barry and The Good Place, Kirby Howell-Baptiste is dominating the small screen. “Being interesting and finding interesting roles comes before everything,” says the delightfully down-to-earth actor via video chat from her Los Angeles home. One look at her resumé and there’s no doubt she’s staying true to her word. This summer, she’ll be making her big on-screen Hollywood movie debut in Disney’s highly anticipated live-action film Cruella, co-starring a power duo of Emmas (Stone and Thompson). Though it might seem like her career blew up overnight, it’s been a decade in the making, with the London-born performer slowly but surely working her way toward dream roles.

Howell-Baptiste’s career path wasn’t exactly a straight shot or that elusive Hollywood- discovery story; rather, it was somewhere in the middle. She forged it with patience, time, a lot of hard work and a little bit of luck. “There was no big moment—the tale that a lot of people come here for—I just hacked away at it,” she says. In 2011, she left acting school in London to move to L.A. for a new adventure. Taking any unpaid work, small roles or commercials she could get, she eventually landed an opportunity that many aspiring comedic actors dream of: an invitation to be an Upright Citizens Brigade (UCB) L.A. cast member in 2012.

The famous alternative-comedy troupe, which launched the careers of heavy hitters like Amy Poehler, Nick Kroll, Ellie Kemper, Kate McKinnon and Donald Glover, offers a range of acting and improv classes but also puts on live shows and has become a well-known spot to discover new talent. Being a part of the UCB Theatre was basically a hall pass that let casting agents know she could deliver as an actor.

“Back in London, I did real capital-A Acting classes, and what UCB allowed me to do was play again and shed every- thing,” explains Howell-Baptiste. “A lot of acting classes out here, to be quite frank, are very predatory. A lot of [them] prey on insecurities and [dictate] that there’s only one way to do things. Well, that’s not true for anything.” Being at UCB helped the actor try things without the fear of failing, showed her that there are lots of ways to approach comedy and helped her find her style.

“I think the best thing I can contribute to any job is myself because it’s the only thing that I can do better than anyone else,” she says. It was this confidence and attitude that not only drew Howell-Baptiste to certain projects but also made people— including Kristen Bell, Joel McHale and Paul Rust—want to work with her repeatedly. She admits that she was picky with the roles she took, but her careful choices paid off. 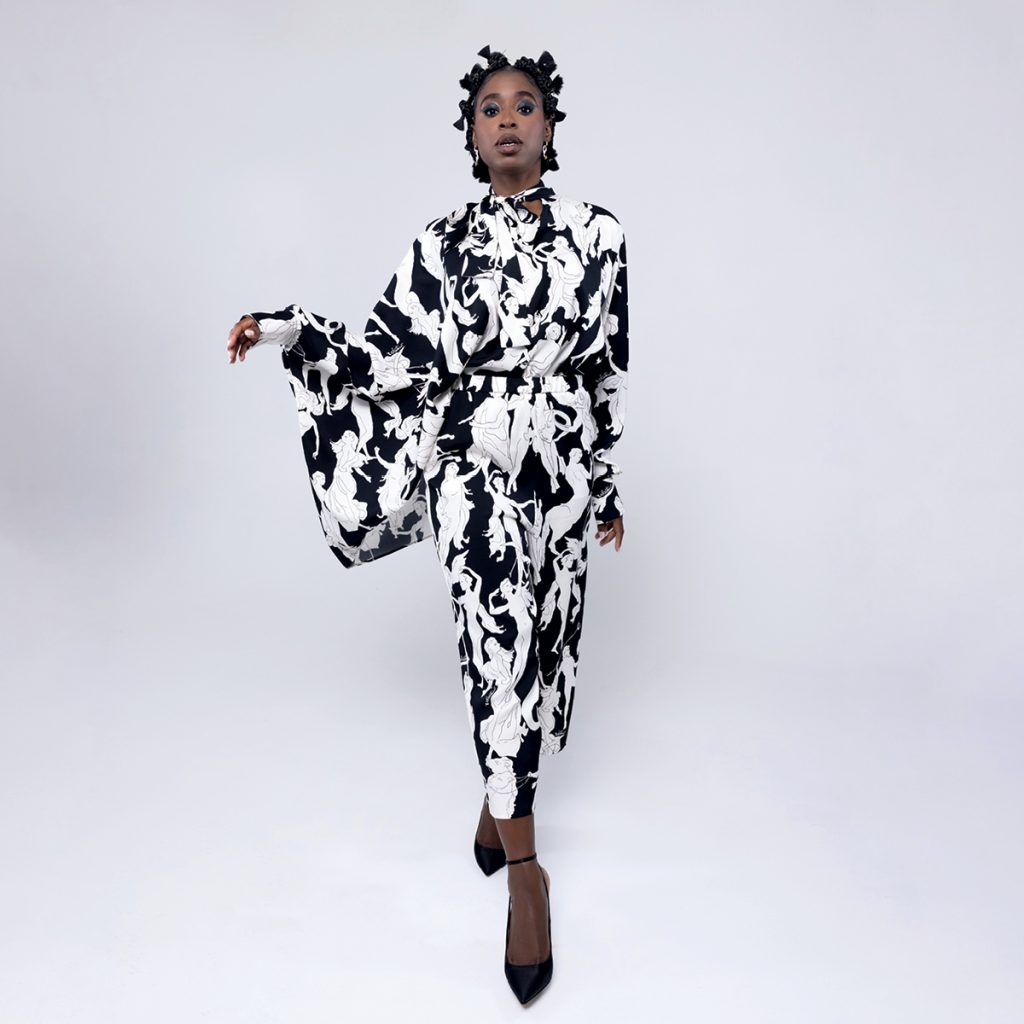 One of the factors that informs those choices is whether a project will bring her joy—and that’s why she was drawn to Cruella. Out on May 28, it’s no fairy tale but, rather, the origin story of one of Disney’s most deliciously unapologetic villains, Cruella De Vil, played with gusto by Emma Stone. It immediately attracted Howell-Baptiste because it not only allowed her to go back home to the U.K. but also was a wild spinoff of the classic animated film she’d grown up with. “It’s right up my alley: It’s Cruella De Vil, it’s fashion, it’s the ’70s, it’s London—every part of working on this was such a dream job and career moment,” she says.

Howell-Baptiste plays Anita, an ambitious but under- appreciated journalist who knows she can do more. She’s looking for an opportunity to set herself apart, and that’s when her character and Cruella discover that they can offer each other something. “They have this symbiotic relationship where they need each other,” she says. “They are both women who are very serious about their careers and recognize what it takes to get to that next level, so there’s this mutual respect.”

So why did it take getting roles in the U.S. for the actor to finally land ones in British productions? “The entertainment industry in the U.K., much like in the U.S., is dealing with issues of nepotism and diversity, but then [it has] another layer of elitism and class,” explains Howell-Baptiste. She’s not the only Black British actor who has taken the Hollywood route in search of more interesting, higher-profile roles—she’s part of a wave that includes stars like John Boyega, Letitia Wright and Daniel Kaluuya. “I think a lot of these Black actors were getting roles [in the U.S.] that were really different and nuanced [rather than] always [being] a side character or the token Black character,” she says. “It took that exodus for the U.K. to realize what it had.”

“I’m seeing a lot more diversity at the actor level, but I’m not seeing the diversity I think it will take at the executive level, at the crew level and at the decision-making level. ”

The entertainment industry, which has been highly criticized on both sides of the pond for its lack of diversity and representation, is currently undergoing changes, and these are reflected in the projects being produced, the stories being told and the talent being cast. But there is still plenty of work to do. “I’m seeing a lot more diversity at the actor level, but I’m not seeing the diversity I think it will take at the executive level, at the crew level and at the decision-making level,” says Howell-Baptiste. “It’s all well and good to cast Black actors, but when I show up on-set and there’s no one who can do my hair, then that feels like a tokenistic hire because you haven’t really thought about me being intrinsically a part of this set.”

Cruella is just the big-screen start for Howell-Baptiste, who has a couple more movies under her belt, including the upcoming Queenpins with Kristen Bell, based on a true story about the largest coupon counterfeit scam in U.S. history, and Silent Night, a Christmas comedy alongside fellow Brits Matthew Goode and Keira Knightley. Over the past year, however, with the pandemic slowing everything down, including film and TV productions, Howell-Baptiste has had the opportunity to shift her focus to other creative outlets, including her own writing projects. She’s also been reflecting on how lucky she is to get to do what she loves and with people whom she not only admires but also genuinely enjoys working with. “It’s just a bonus when people are talented and nice,” she says. “It’s the only thing you hope for—it’s what everyone should be in a job where you get to play pretend and dress-up for a living.”