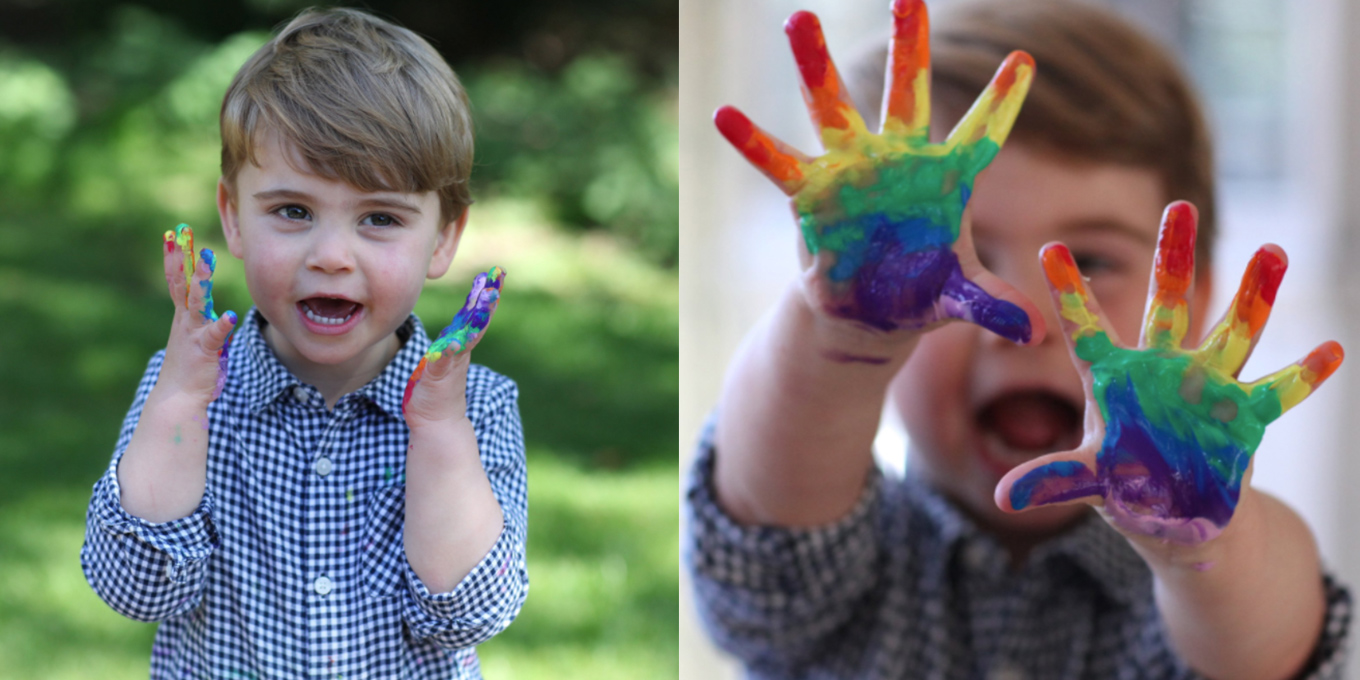 Sharing a sneak peek of Prince Louis’s handiwork ahead of his second birthday!🎨

We are pleased to share images ahead of Prince Louis’s second birthday tomorrow, taken by The Duchess this April. pic.twitter.com/HLm5tXVYHy

Louis is seen smiling adorably for the camera with rainbow paint all over his hands, with his handprint art on display. Kensington Palace made another, extremely internet-friendly post today with two photos, captioned “Instagram VS Reality.” One image shows Louis with his paint-covered hands in front of his face while the other one is Louis with his face covered in said paint, making a silly face. (A toddler will act like a toddler, royal or not.)

A source told US Weekly that the royal family planned to celebrate with some quintessential outdoor activities. “If the weather is nice, William’s planning to cook some chicken and burgers on BBQ and play outdoor sports and games as a family — football, chase and hide and seek,” they told the magazine. “And obviously Louis will have a cake too! He’s so excited about his big day and is already singing ‘Happy Birthday’ to himself.”

Thank you for your lovely messages on Prince Louis’s second birthday 🌈. pic.twitter.com/42IauvVpEB

Clarence House, Prince Charles’ residence, shared a sweet birthday message to Prince Louis on their Twitter account as well. “The young Prince enjoys a hug from his Grandfather, The Prince of Wales,” the caption reads. Very cute! Though Prince Charles tested positive for COVID-19 last month, he has since recovered and is in stable condition.

The young Prince enjoys a hug from his Grandfather, The Prince of Wales. pic.twitter.com/olLLGASxX8

Prince Louis’ rainbow paintings are likely in support of National Health Service (NHS) workers and other essential workers who are on the frontlines in the U.K. The rainbow has become a symbol of solidarity and support in Britain, especially for children.