Who is Kendall Jenner's boyfriend? 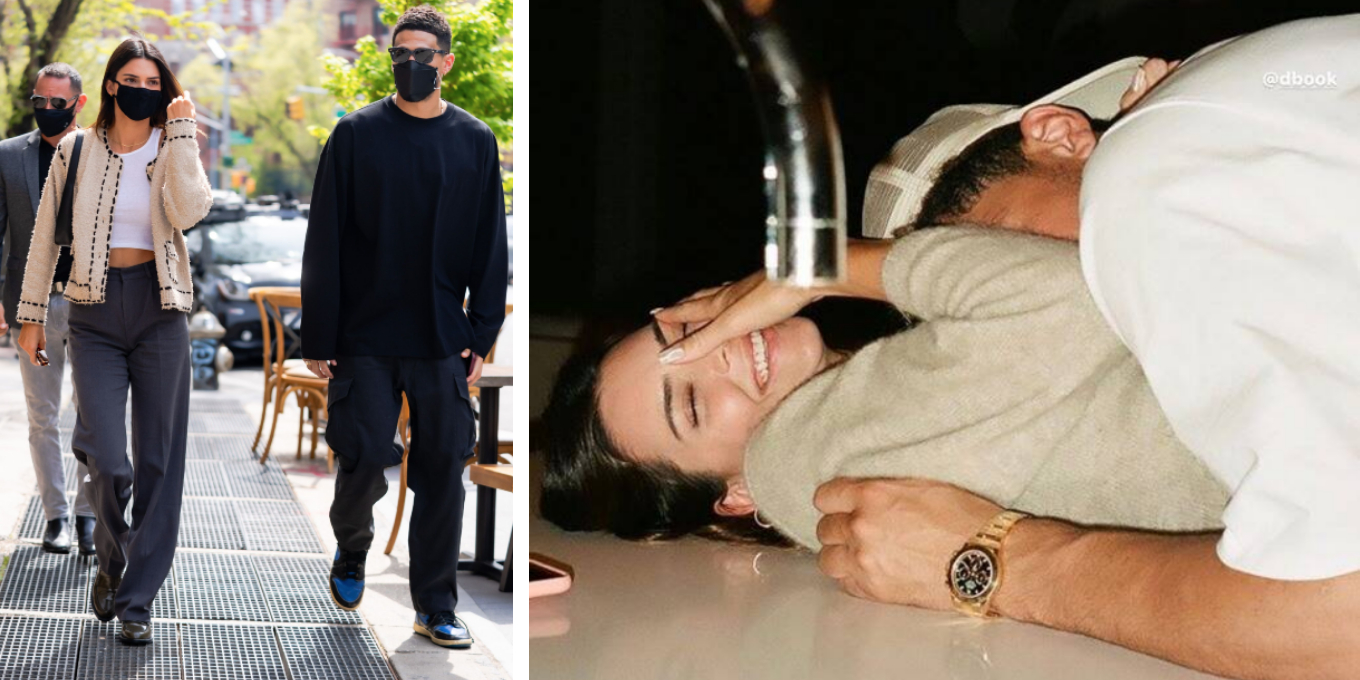 The model shared a photograph of herself with her beau, which marked a rare move for Jenner who has historically kept her romantic life – especially with high-profile former partners like Harry Styles – largely out of the public eye (including on Keeping up with the Kardashians), which is in contrast to her famous sisters who tend to be open books when it comes to a lot of their relationships.

Jenner has been rumoured to have been in a relationship with Booker for almost a year. Booker, 24, is a professional basketball player who currently is signed to the Phoenix Suns.

Here’s what we know about Kendall Jenner’s boyfriend so far:

Over the weekend, Jenner and Booker spent some quality time together, as they were photographed heading to restaurants and out for the day in New York City. 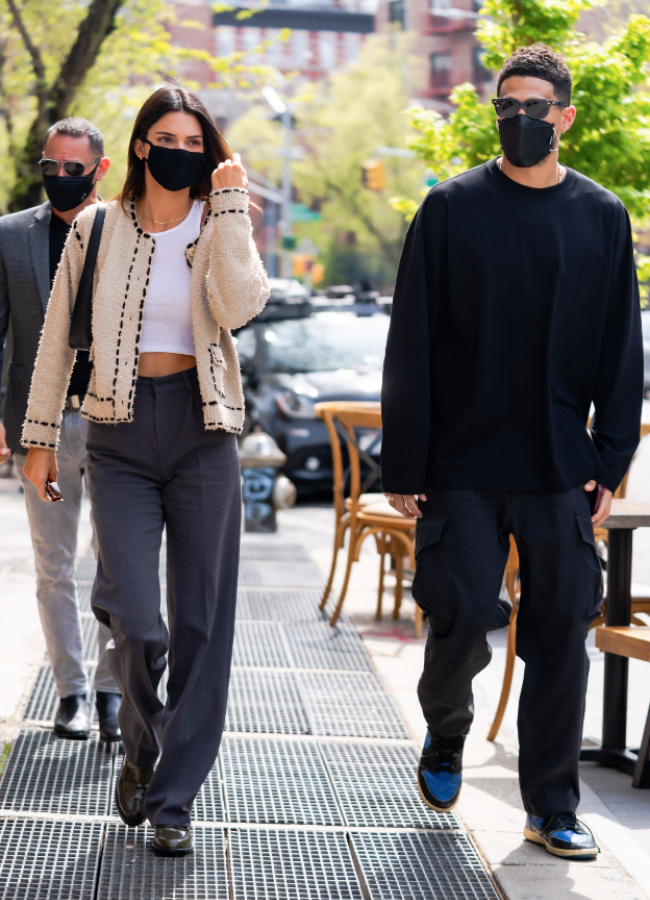 On April 24, the couple were seen in the SoHo area of the city, with Jenner wearing a cream cardigan with black stitching by Korean brand TheOpen Product.

That evening they were seen holding hands and heading out to dinner at Carbone restaurant, with Jenner wearing a tan-coloured leather-look bandeau top and trousers and Devin keeping it casual in an open check shirt and beige trousers in photographs obtained by People.

On Monday, Jenner was seen at Booker’s basketball game, where the Phoenix Suns played the New York Knicks in Madison Square Gardens, which she attended with fellow model Joan Smalls. 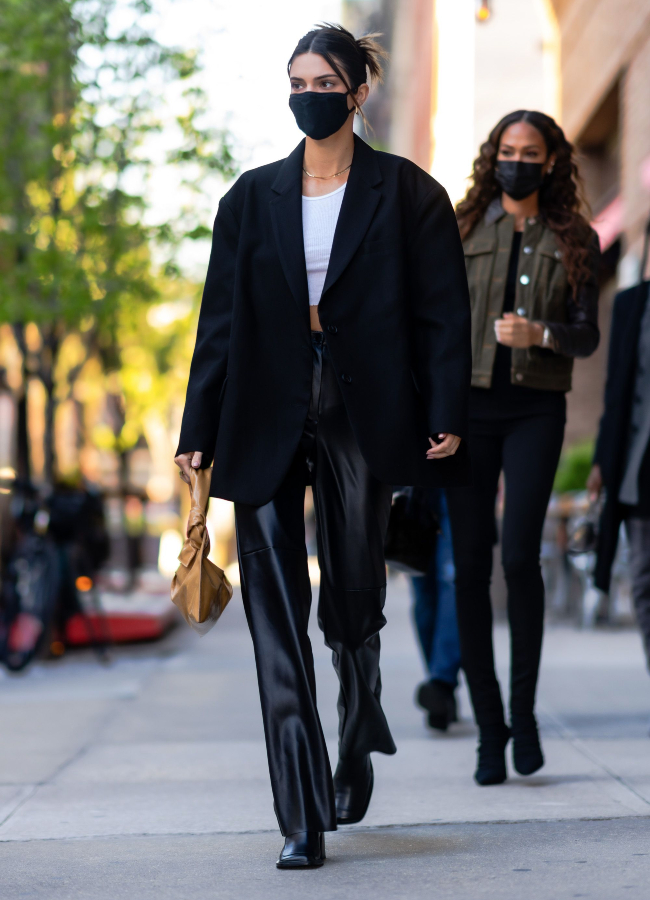 Jenner’s ‘momager’ Kris Jenner got the rumour mill into motion when she recently shared a motivational tweet to her daughter, followed by a baby bottle emoji.

Jenner soon responded to the tweet and subsequent online speculation that the emoji might suggest she’s pregnant, tweeting her mother: ‘Mom, this looks like a pregnancy announcement’ following by a crying and a ‘palm in face’ emoji.

mom, this looks like a pregnancy announcement! 😂🤦🏻‍♀️ https://t.co/VD8znkj7UQ

In 2017, Jenner similarly responded to pregnancy rumours online after sharing a photo of herself wearing a tight polka dot dress.

The supermodel later tweeted a publication which suggest she might be pregnant, noting: ‘I just like bagels ok!!!’

On Sunday (Febraury 14), Jenner shared a photo of herself lying back on a kitchen countertop laughing and smiling while Booker – whose face can’t be fully seen – embraces her. Sharing the image with her 151 million followers, Jenner accompanied the picture with a simple heart-shaped emoji. 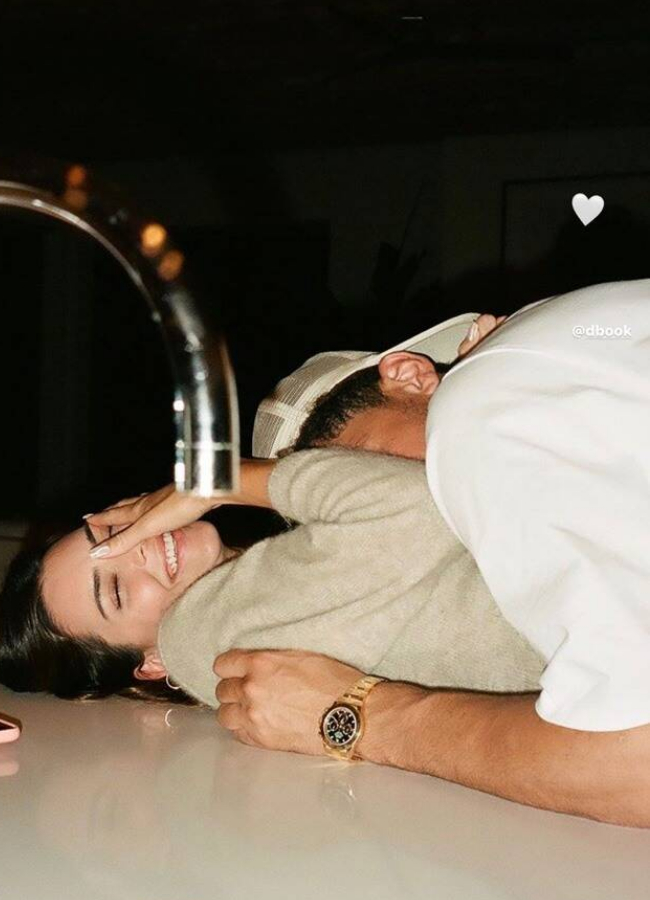 Over on his Instagram page, Booker shared a video of Jenner playing with a dog at sunset which he captioned with a heart emoji, as well as a black and white photograph of himself, Jenner and the dog relaxing on a blanket on the grass. 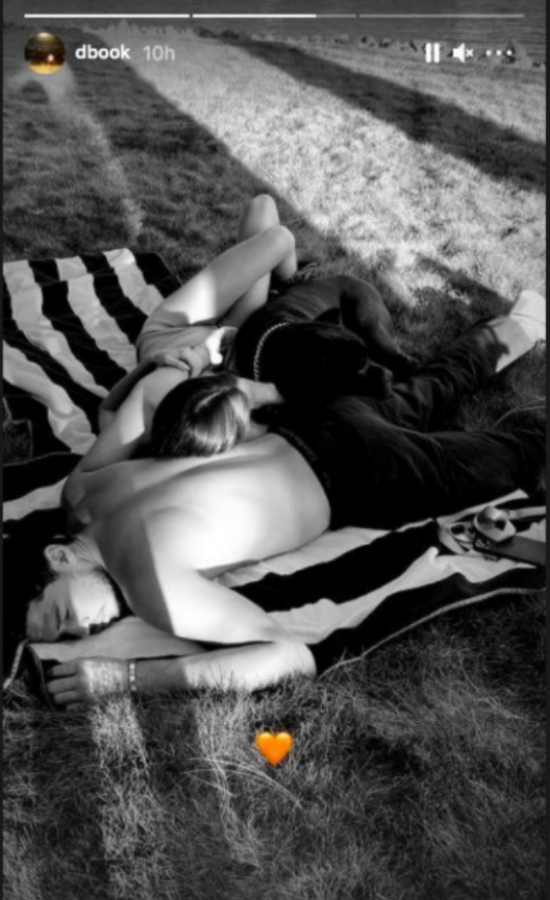 Valentine’s Day wasn’t the first time Booker had publicly acknowledged being with Jenner. In January, the basketball player shared a photograph of Jenner sunbathing to his Instagram Stories commenting ‘whew’, according to E!.

Eagle-eyed fans noticed Booker with Jenner in the background of photos from Kim Kardashian’s infamous – and widely criticized and mocked – lavish 40th birthday celebrations on a private island (which took place during a global pandemic).

August 2020: Kendall Jenner and Devin Booker spotted out for dinner

The couple were photographed heading to dinner in Santa Monica, California days after another sighting outside a pet shop together and with Jenner’s sister Kylie also heading to dinner at celebrity favourite Nobu, Malibu, People reported.

The 25-year-old supermodel and Booker first landed on the rumour mill when they were reportedly spotted together in Arizona in April. It was following this that Jenner then executed a brilliant clapback on social media in response to a follower’s sexist joke referencing other basketball players Jenner had been subject to relationship rumours with in the past.