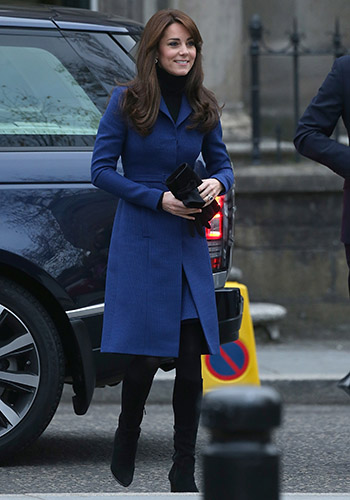 The Duchess of Cambridge, formerly perfect human being, surprised a crowd in Scotland with a surprising omission in her accomplishments: She can’t dance! Also, neither can William.

If the fate of the monarchy rests on an ability to highland dance, the Windsor dynasty is in major trouble, since it turns out that neither its future king or future queen can..gasp…do the Gay Gordon, the Strip the Willow, or (most egregious of all perhaps) the Dashing Sergeant.

Kate Middleton made this shocking confession while in Dundee this morning, chatting to a few locals outside an event for a mental health charity. The truth came out when a bold lady asked if the royal pair (who after all, studied at a Scottish university together) had an skills in Scottish dancing. Kate honestly replied that yes, they had tried it, but wait: “We weren’t very good.”

However, if the future of the monarchy rests in an ability to rock a custom royal blue Christopher Kane coat and Aquatalia boots, well…we should be just fine.

Prince George’s no good, very horrible day at the polo