Kate Middleton cancelled on a wedding this weekend, and now everybody is freaking out

We have a royal mystery on our hands, friends. 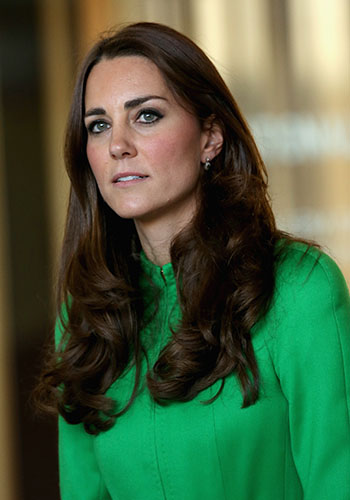 Alert the conspiracy theorists: Kate Middleton was meant to go to a wedding last weekend, and then, at the last minute, cancelled. In fact, it was so last minute HER NAME WAS STILL ON THE SEATING PLAN.

Did we mention that while Kate cancelled, Will didn’t, and actually attended with none other than Pippa Middleton. The Duchess’ last minute no-show was apparently the talk of the wedding, especially at breakfast the day after. Or at least that’s what the Daily Mail is reporting.

It was an all weekend affair celebrating Will’s school pal, Bear (real name) and his new socialite bride. Theories about why Kate wasn’t there are all over the place—Kate’s become a hermit since George’s birth, Wills is an awful social butterfly who leaves his poor wife alone, Kate can’t swim and so had to do anything to avoid the ‘river swim’ that was on the weekend’s agenda—but here’s one that hasn’t been given a whole lot of airtime: She had a baby like, a second ago, and maybe she just wanted to chill with her and watch Downton Abbey.

That or she was too devastated by her recent “most stylish royal” dethroning to show her face in public.

Kate: You are NOT the most stylish royal anymore