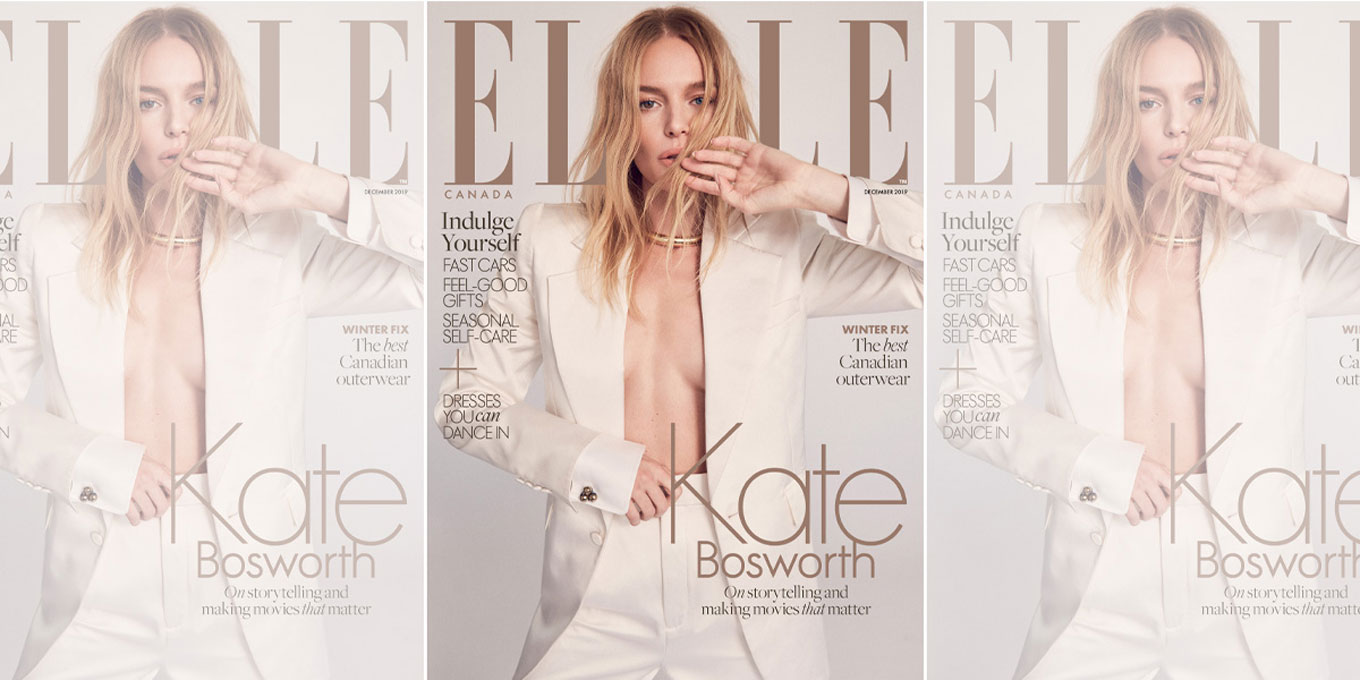 Driven. Independent An ever-evolving fashion darling. This is Kate Bosworth.

It’s been nearly two decades since Kate Bosworth made a tidal-wave-size splash as the embodiment of California cool in Blue Crush, placing her in the swirling centre of early-aughts celebrity. Since then, she’s been a Hollywood fixture, bringing life to iconic characters like Lois Lane and serving as a muse for designers and photographers thanks to her effortless way with clothes, which she styles herself. (She’s even relaxed when talking about the whimsical looks she’s collaborated on for the Met Ball, for example. “It’s a pretty wild arena, huh?” she says casually.)

Through it all, Bosworth has maintained a voracious appetite for stories: The 36-year-old recently devoured Lisa Taddeo’s Three Women, and, she says, it’s been ringing in her ears ever since, as good stories do. (She has Madeline Miller’s phenomenal Circe on deck but is having trouble starting it since that inevitably means cleaving away from Taddeo’s work.) That willingness to empathize led her to start Make Pictures Productions, which she co-runs with her husband, director and screenwriter Michael Polish, so that she could grapple with some of the harshest truths of life. She recently produced the adventure show The I-Land with Netflix and Nona, a drama focused on the realities of sex trafficking. Next year, she’s set to star in Force of Nature, a heist film co-starring Emile Hirsch, as well as Tate, a Sharon Tate biopic in which Bosworth takes on the lead role. 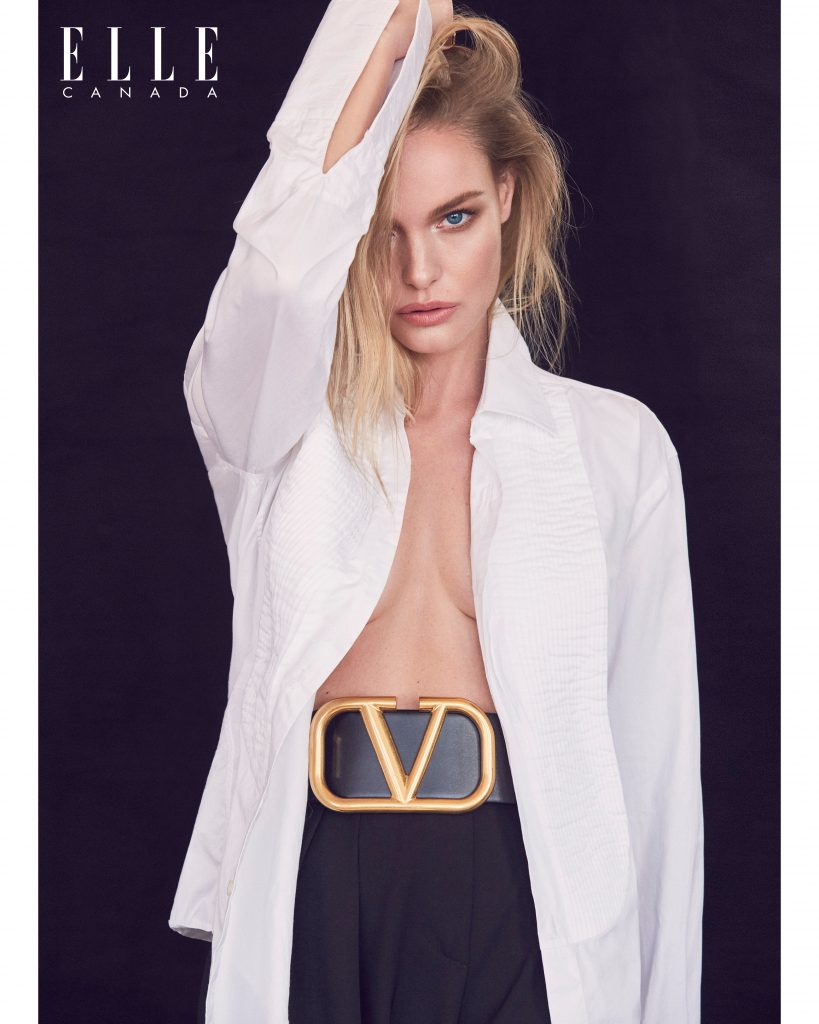 How has it felt to move between working both behind and in front of the camera this year?

“It’s been a natural progression: Reading a ton of literature [led to] my foray into making movies, in a way, because it was the first time I fell in love with stories. If you really love reading books, you put so much of yourself and your own experiences into characters’ lives and relationships. That’s kind of how it feels to produce something. It’s about telling the entire story rather than a piece of it or your participation in it.”

Why was Nona a story you felt needed to be told?

“The genesis [of this story] came from my husband. He heard a story on NPR about a sex house that had been busted near our home in Los Angeles. Admittedly, neither he nor I knew much about it. Investigating the details of how and why sex trafficking happens was the reason for making the movie. We wanted to create more empathy and connectivity. If you can understand, on a personal level, how and why one human being would take that risk—the journey of leaving her home, travelling through Guatemala and the most dangerous parts of Mexico and ultimately crossing the border from Tijuana into the San Diego area—it moves away from being a statistic. When we were releasing the movie, we were watching the caravans on CNN. This project is very timely and important with regard to where we’re at.”

Your upcoming projects deal with stories that have a lot of dark- ness. Your film about actress Sharon Tate, for example, tells the story of Charles Manson’s most famous victim.

“Michael and I started to ask: Why are people so focused on Manson? For us, it was a tragedy that Sharon Tate’s life had been eclipsed by such a horrific tragedy, so we don’t mention Manson at all in the screenplay. We wanted to present her on a very personal level: as a girl growing up into a young woman, as an actress, then a wife, a lover and, ultimately, a mother. It was a statement that it’s time to take all the attention away from a maniac man.”

This is a segue, but just as Tate was a fashion icon in the ’60s, you are known for your approach to fashion. How has your relationship with style evolved over the years?

“My first introduction to fashion was not actually as an actress but as a young girl, through my dad. He worked for a company that had the finest fabrics and textiles. He would pick up a tie and say: ‘Do you feel this? This is called cashmere.’ From a very early age, I really understood artisanal quality, but I wasn’t cool.” 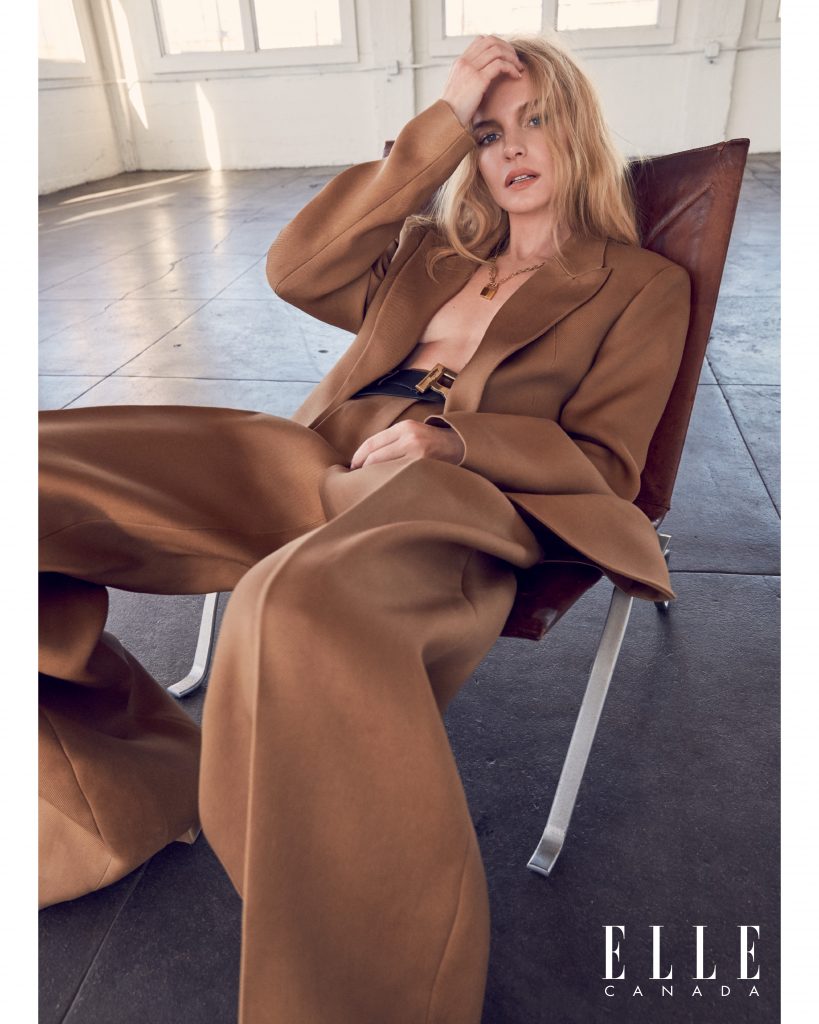 “If you can understand, on a personal level, how and why one human being would take that risk—the journey of leaving her home, travelling through Guatemala and the most dangerous parts of Mexico and ultimately crossing the border from Tijuana into the San Diego area—it moves away from being a statistic.”

I wasn’t cool in high school either. Teenagers nowadays are terrifying.

“I know! Honestly, I watch Euphoria, created by my really good friend Sam Levinson, and I don’t know if I am in love with Jules or if I want to be Jules.”

I related to it so much when Maude Apatow dressed as Bob Ross for the Halloween episode.

“Me too! I was a beanpole in high school and felt so dorky. I lived in a small town, so the things available to me were, like, Gap, Old Navy and Claire’s. When I moved to L.A. in my early 20s, I started to form my fashion identity. Now it has evolved into relationships with designers because I style myself. There’s a lot of joy for me in the intimacy of that process—it feels like creating a moment with a really good friend. The Met Ball or a premiere has a different type of joy for me now.”

We’re talking a lot about indulgence in this issue. So, I’m wondering, what does indulgence mean to you now?

“For me, indulgence means taking a lot of personal time. I love my work, but I am dedicated to it more than myself at times. So just recently, after filming and producing The I-Land and Nona, I decided to take a month to myself. It was a lot of quiet time reading, unplugging from my phone completely and reconnecting with myself. In a crucial moment, I realized that, as an artist, as a human being, as a wife and as a friend, you’ve got to focus on moving inward as much as outward. It’s important to nurture that, otherwise you’re going to hit a sticking point.” 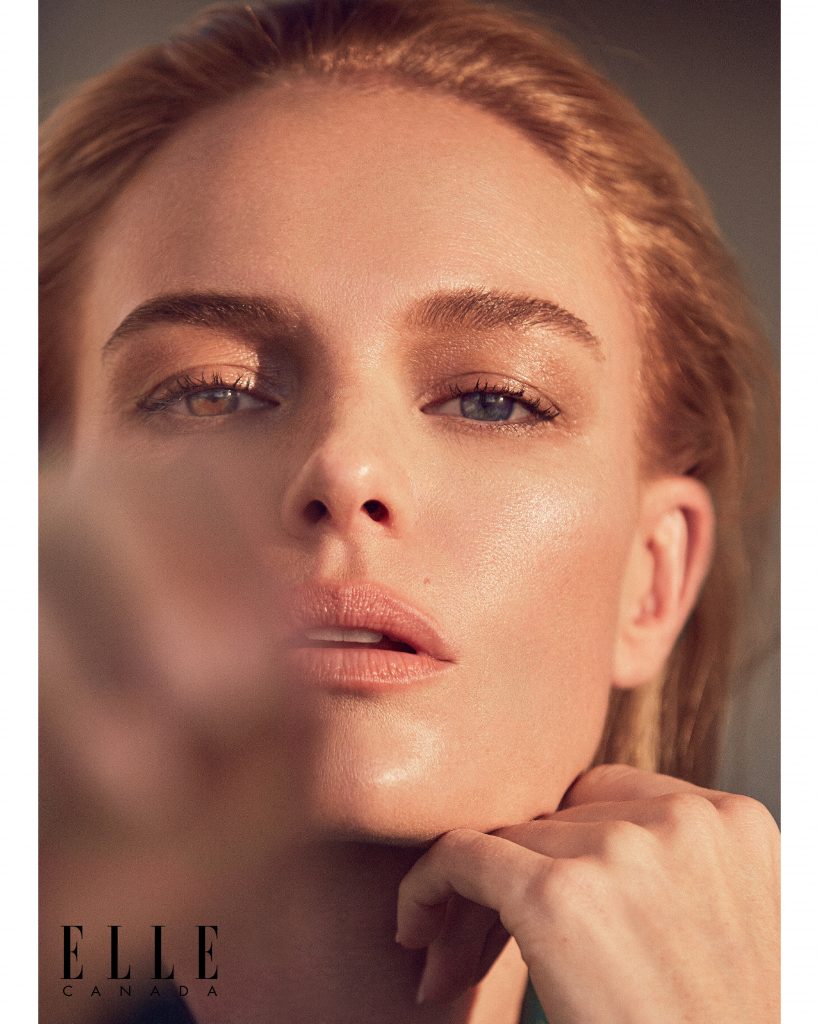