Johnny Depp could be going to jail...for TEN years 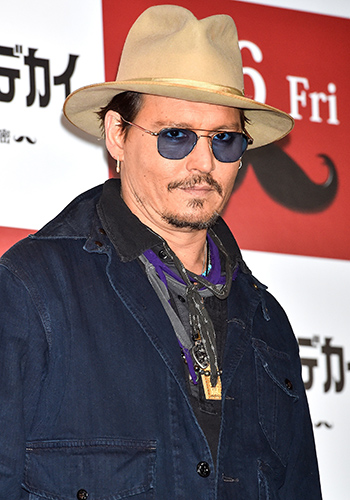 It’s a good thing Johnny Depp is accustomed to playing hardened, violent characters (Edward Scissorhands, Jack Sparrow, that very creepy wolf in Into the Woods) because the American actor is going to need all his street smarts if he ends up going to jail…which is a very real possibility if Australian authorities have their way.

The trouble all began when Depp, enroute to the set of the 134th installment of Pirates of the Carribean, “smuggled” in his two dogs on his private jet. These tiny Yorkies turned into a big problem for the Australia border people, since the country has an extremely strict animal quarantine policy (to protect the kangaroos and koalas, of course).

Depp didn’t declare “Pistol” and “Boo” (who have seen fled back to California with their mother, Amber Heard), and now has to face the music: To the tune of a maximum prison sentence of 10 years, and over $300,000 in fines .(Now would be a good time to tell us where the gold is buried, JD).

The best part? Depp would probably have got away with it had he not posted images of the two pooches visiting an Australian grooming establishment. Hoisted with his own Instagram account!

READ MORE:
19 celebrity couples you totally forgot ever dated
17 celebs who had a better long weekend than you