Sorting the truth from the lies gave her a new-found sense of peace. It's been a wild ride, but the poetic songstress is finally happy. 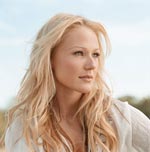 Turning 30 is often a time when a woman looks back and re-evaluates her life — both her achievements and her setbacks. That was certainly the case for Jewel. While her list of accomplishments may be impressive — she has sold more than 25 million albums worldwide, written a bestselling book of poetry and starred in director Ang Lee’s American Civil War movie, Ride With the Devil — the Alaska-raised singer-songwriter has also had her share of disappointments. When the time came to start working on her sixth album last year, Jewel decided that it would be interesting to document the twists and turns of her life in song. “It’s natural to be reflective when you come to the three-decade milestone,” she says. “I lived this bizarre, tumultuous life until I was 18. Then I made Pieces of You, and it has been another wild journey ever since. I see this album as a bookend to that one.”

Holed up at the Texas ranch she shares with her boyfriend of seven years, rodeo rider Ty Murray, Jewel sorted through her stack of nearly 500 unrecorded songs and wrote some new ones to bring the saga up to date. What eventually emerged was an introspective song cycle about innocence and maturity called Goodbye Alice in Wonderland. “I knew the story I wanted to tell, and I tried to put it together like a novel: with a beginning, a middle and an end,” explains Jewel. “The narrative is loosely based on the story of my life — from living in Alaska and being homeless to seeing Hollywood for the first time and getting signed. And I used songs from those times in my life to help tell the story.”

The song “10,000 Miles Away” — written when Jewel was just 17 — deals with her feelings of loneliness on the road. “Satellite” describes the then 19-year-old’s first impressions of the California scene. In “Stephenville, TX,” Jewel sings about falling in love with Murray and moving to Texas, and in the title song, “Goodbye Alice in Wonderland,” she explores the subtle but crucial difference between dreaming (“A good thing ’cause it brings new things to life”) and pretending (“An ending that perpetuates a lie”). “I think growing up is being able to recognize the lies we tell ourselves, especially about love,” says Jewel. “When we’re young, we’re told we just have to find the right guy and everything will work out. But it doesn’t. Love is harder than anyone tells us, and the danger is that we think ‘Love isn’t hard, so this can’t be love.’ I think there’s a whole generation of people who have a sort of sneaking dissatisfaction with their lives because they can’t find romance in the struggle. For me, Goodbye Alice in Wonderland reflects my willingness to say goodbye to the fictions I tell myself. I want to know the truth.”

Visit www.ellecanada.com for the latest on all the hottest celebs, like Gwen Stefani and Jennifer Aniston!While these songs are honest, confessional accounts of Jewel’s experiences, it seems that there are limits to how much of her life she’s willing to share with the public. “I’ve been a hedonistic little vampire my whole life,” she says, laughing. “At one time, words were the only things that I felt any loyalty to, and each boyfriend or experience was — sometimes quite heartlessly — just material for a poem. That started to change when I fell in love. I’ve written some poems for my boyfriend, Ty. They are love poems, and they’re fairly graphic — not trashy but a bit explicit. I’m not sure they are for public consumption. I certainly don’t think they’re for his mom to read! I’d be really embarrassed. I think it’s some of my best writing, but I don’t know if I’ll ever publish them.”

Falling in love with Murray and moving to Texas were definitely pivotal moments in Jewel’s life, giving her the peace she had been craving for quite some time. “Some writers have to be in the thick of things to write, but I have to be outside of things,” she explains. “Texas has been such a calming influence, and it allows me to do my job. I couldn’t do it if I was in the thick of it all. It would drive me nuts!” Choosing to live in the southern state also meant putting her acting ambitions on hold. “As a songwriter, you’re dealing with — at most — a six-minute story,” says Jewel. “All the stuff you can’t put in a song — all the subconscious thoughts that motivate actions — is what acting is. It is fascinating, but I started to realize that I was spending all my days at auditions, and it felt a bit ridiculous. It was going to take so much time and effort to build a second career, and I didn’t care enough to fight for it. That’s new for me. I used to think that making art was the most important thing, but then I realized that John Steinbeck died alone and Ernest Hemingway killed himself and, you know, what’s the point of art if you’re not enjoying your life? So I’ve become a lot more relaxed and let a lot of things go because I want to have a life.”

Jewel is planning a seven-week tour with Matchbox Twenty front man Rob Thomas, with a possible Canadian date this month. Check out www.jeweljk.com for details.