The influencer calls out Mulroney for her white privilege in an Instagram video. 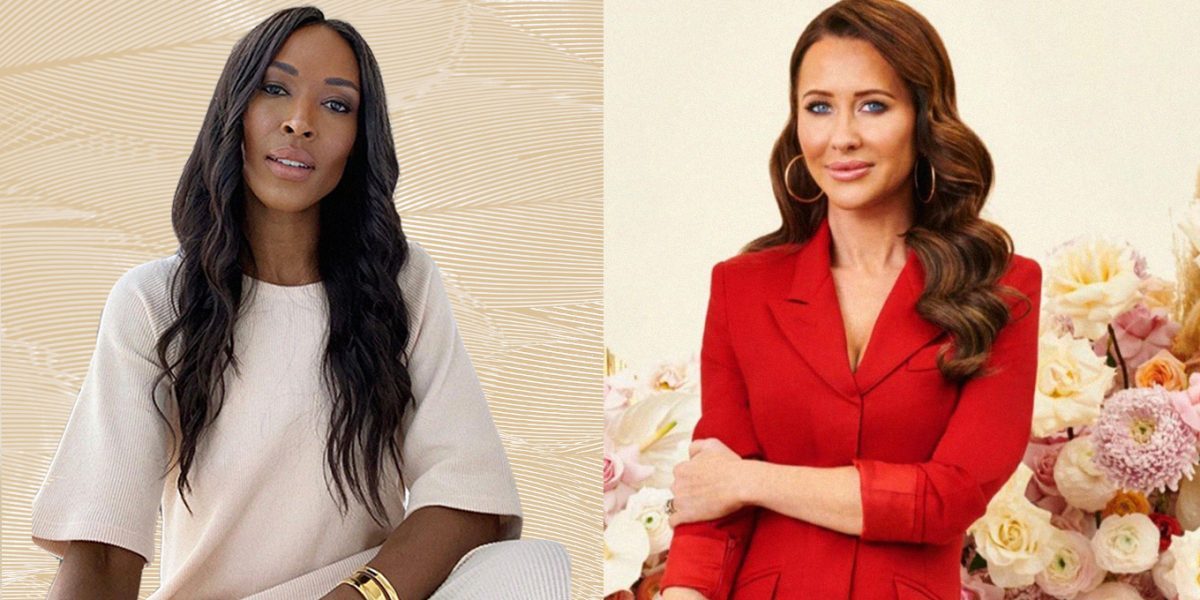 On Wednesday, Sasha Exeter, fitness influencer and founder of the popular So Sasha blog, shared a 12-minute long video on Instagram that she called her “Amy Cooper Experience.” The former athlete revealed that TV host/stylist Jessica Mulroney had been privately exercising her white privilege to silence Exeter, a Black woman, amidst the global anti-Black racism civil rights movement, no less.

According to Exeter, Mulroney “took offence” to a generic call to action she posted last week, rightly encouraging influencers and bloggers to use their platforms to advocate for the Black Lives Matter movement.

“What happened next was a series of very problematic behaviour and antics that ultimately resulted in [Mulroney] sending me a threat in writing last Wednesday,” Exeter explained in the video.

“Listen, I am by no means calling Jess a racist but what I will say is this: she is very well aware of her wealth, her perceived power and privilege because of the colour of her skin. And that, my friends, gave her the momentary confidence to come for my livelihood in writing,” she continued, adding that the threat was an example of “textbook white privilege.”

She added that Mulroney said she was speaking with companies in an effort to jeopardize Exeter’s potential brand partnerships. “That’s a threat to my livelihood — and for her to threaten me, a single mom, a single Black mom, during a racial pandemic blows my mind,” said Exeter, who is a former acquaintance of Mulroney’s. “It’s absolutely unbelievable.”

I’ve been silent. Not anymore!⁣ ⁣ I’m used to being so transparent on this platform. I think it’s the main reason why most of you follow me. Today, I’m opening up about something that has been haunting me for the last week. I have felt like a complete fraud fighting for racial equality and using my voice openly here, while letting a white woman silence mine behind closed doors. In sharing this very personal story, I know that I am risking a lot. Opening myself up to criticism, bullying and potential ramifications with my job in this space. However, I must speak my truth. Enough is enough. Hopefully my voice will be heard by many and help change things for the next generation and for my daughter Maxwell… because I will be dammed if my child ever has to deal with this level of ignorance.

Mulroney publicly apologized in the video’s comments, seeming to refer to her friendship with Meghan Markle, who has been on the receiving end of racist remarks since marrying Prince Harry. “As I told you privately, I have lived a very public and personal experience with my closest friend where race was front and centre,” wrote Mulroney in her now-deleted comment. “It was deeply educational. I learned a lot from that. I promise to continue to learn and listen on how I can use my privilege to elevate and support black voices.”

However, Exeter shared a screenshot on her Instagram story of an alleged private message sent by Mulroney on Wednesday that implied she intended to sue for libel, contradicting her public apology.

The video has, understandably, caused public anger and disgust directed towards Mulroney for attempting to silence a Black woman’s voice in a pivotal time of social awareness. Mulroney issued a public apology on her Instagram page yesterday, shortly after Exeter’s video circulated.

“As some of you may have seen, @SashaExeter and I had a disagreement,” she wrote. “She rightfully called me out for not doing enough when it came to engaging in the important and difficult conversation around race and injustice in our society. I took it personally and that was wrong. I know I need to do better. Those of us with a platform must use it to speak out.”

She proposed lending her account to Black voices to “share their experience” while she will “reflect, learn and listen.”

“I hope that you will continue to hold me accountable,” she concluded the statement.

Please read my statement. It is from my heart.

Mulroney has since officially been dropped from her TV networks.

“Because [of] recent conduct with one of our show hosts, Jessica Mulroney conflicts with our commitment to diversity and equality, CTV has removed “I DO REDO” from all Bell Media channels and platforms effective immediately,” a statement on CTV Communications’ Twitter page reads.

Cityline also stated that she will no longer be featured as a guest expert.

In addition to hosting the reality series I Do, Redo, Mulroney was a brand ambassador for Hudson’s Bay. Now, the Canadian department store has also severed ties with Mulroney: “In light of recent events, Jessica Mulroney will no longer represent Hudson’s Bay or Kleinfeld Canada as a fashion and bridal Specialist,” the company stated.

A message from Hudson's Bay. pic.twitter.com/4sHeBTOFni