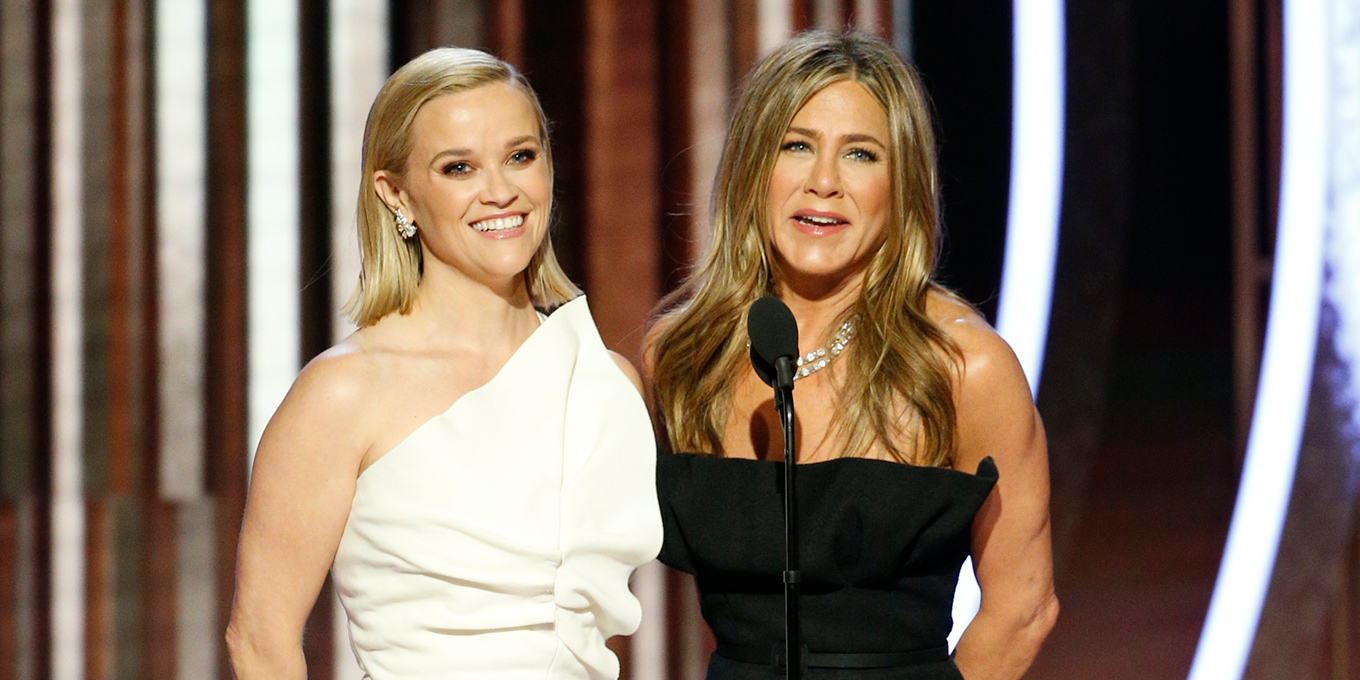 The Golden Globes have come and gone, but intel from the event is flourishing, thanks to Jennifer Aniston’s latest Instagram story.

Her and Reese Witherspoon were seated at the same table and also presented a couple of awards together. Speaking off the teleprompter and conversing with other A-listers (not sure about Brad Pitt, though) must have made them thirsty, so of course, they likely wanted something to drink while seated. However, this desire became a pipe dream for the Morning Show co-stars when their table ran out of water!

Witherspoon, being the resourceful woman she is, opted to ask Beyoncé and Jay-Z for some of their champagne instead. Gutsy – we have to respect it. Plus, according to People, Bey and Jay brought their own alcohol to the event, so it was definitely good quality stuff. (Jay Z owns Armand de Brignac champagne, as you may have heard Beyoncé name drop in the iconic track “Drunk in Love.” He’s also a partner in cognac brand D’Ussé.)

Aniston posted a story to commemorate the experience: “Reese!? This is one of the many reasons I love you. We ran out of water at our table So naturally, she asked Jay Z and Beyoncé for a glass of their champagne.” 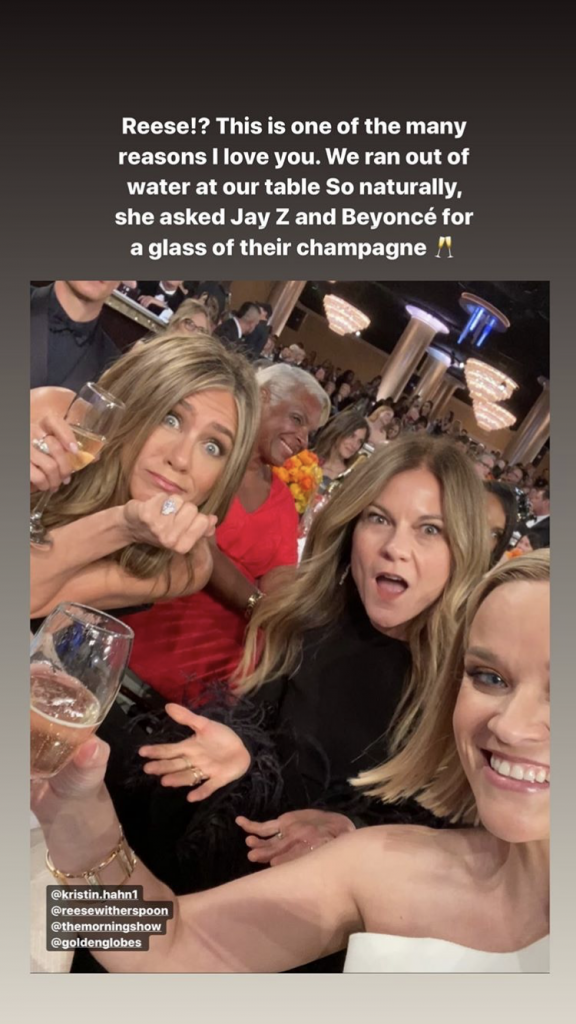 She also posted a photo of herself drinking said champagne, with Witherspoon and Beyoncé tagged. 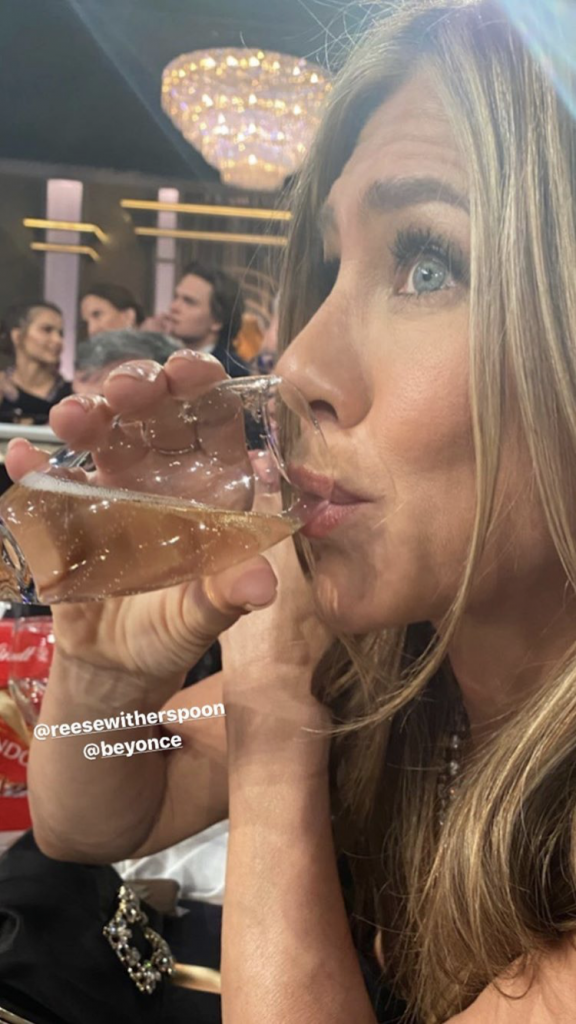 The story ends with a photo of her and Witherspoon holding hands and walking down a hall together. Despite The Morning Show leaving the awards empty-handed, we’d say it was a win for the stars in problem solving and friendship. 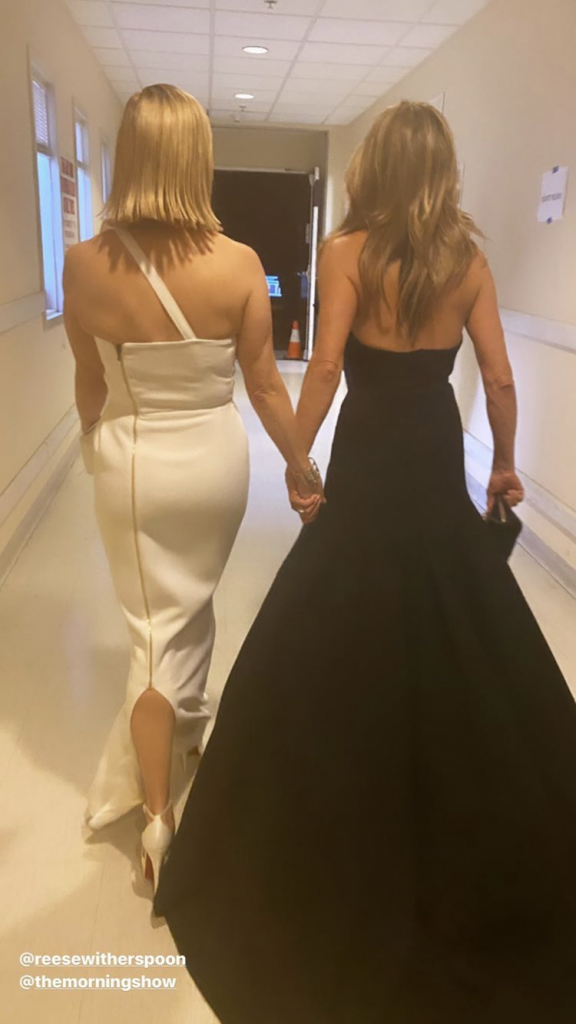