It took Lilly Singh a while to realize she was funny 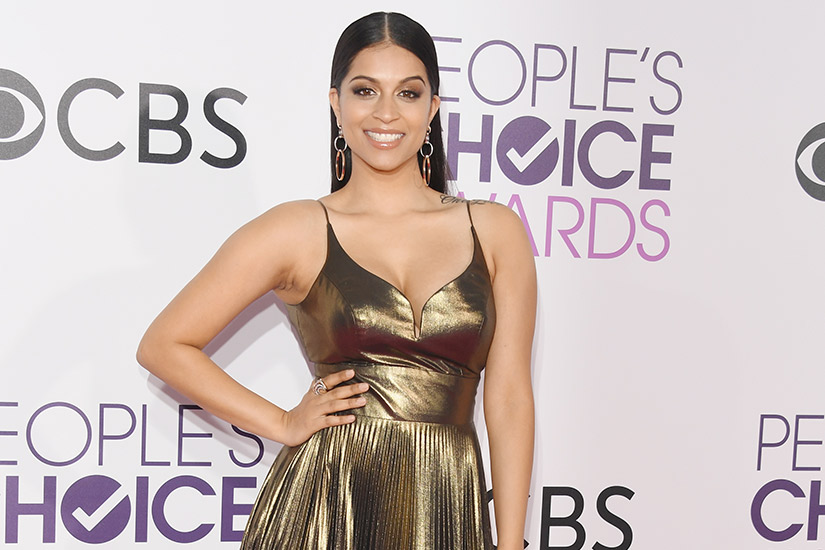 Before meeting Lilly Singh, I thought I had a pretty good gauge of her fame level. The YouTuber, who goes by Superwoman on and boasts 13 million subscribers between her two channels as I write this, started creating her confessional, comedic and relatable videos seven years ago. In that time she’s collaborated with everyone from Selena Gomez to Seth Rogen and James Franco, went on an international comedy tour, starred on a cover of this magazine, designed lipstick with Smashbox and wrote a book called How To Be A Bawse. The latter is what brought me to the Penguin Random House Offices in Singh’s native Toronto. And it was when the receptionist, a woman approximately in her late-thirties, told me she hopes to meet her, that I realized Singh’s celebrity goes beyond tweens and teenagers on the Internet.

Singh was in town to promote her new book (which seems almost unnecessary considering it had already reached “instant bestseller” status just a week after the release date) and was eager to talk about everything from baking cakes to the changing landscape of YouTube and her unique relationship with her fans.

How are you finding the book tour compared to other commitments?

“I love touring. I love performing on stage. So I’m enjoying it, but it’s different from my first tour. My first tour was very theatrical, costumes, colours, the whole shebang, and this one is different in that I still love it, but it’s me delivering a very intense message, and doing motivational speaking. So not every sentence is going to make you laugh, it’s me talking about the book. So it’s been challenging in new ways.”

What’s the message of this tour?

“It essentially is what the book is about, it’s how to be a bawse, and I’m highlighting my favourite chapters or key themes in each section of the book, and bringing them to life on stage.”

How long did the book take?

“It took a year from submission to completion of my first manuscript. Which I feel like is an eternity, but apparently is not that long.”

In Internet time that is definitely an eternity. How many YouTube videos could you crank out in a year?

“Two times a week and then vlogs every day – so a lot.”

Did you experience writer’s block?

“I’m used to having writer’s block because I write two comedy scripts a week. And so I’m used to pacing around my house, racking my brain, trying to think of things. This one was a bit different in the sense that everything I’m writing about in the book is based off observations and my life, and that happens every day. So when I would hit writer’s block, I would be like ‘great, putting this chapter away and starting a new one,’ because I have 49 other ones I could work on. It was really about taking notes about people I’m meeting, and meetings I’m having throughout my day and what I’m learning. So the writer’s block of content wasn’t there, the writer’s block of more so how do I think of an analogy and make this a little bit entertaining and easy to digest.”

So could you say that you were putting a magnifying glass on your day?

“Yes, for sure, on my day to day and my past experiences – trying to relive them, and trying to extract lessons from them. So it was a lot of me trying to be very analytical.”

Were there any eureka moments?

“100%. There were a lot of times when I had a theme for a chapter, and I was like okay this is a really good tip but how do I show that, and then was like wait, I did this! I practiced this and lived this once upon a time. The chapter where I talk about my collaboration with Seth Rogan and James Franco for example. When I reflect back on that I just know that it was super stressful. But then when I was writing the chapter I was like, but wait, I did these certain things during that collaboration, I have this certain mindset. And then I just elaborated on it, like well I was a genius all along. I just didn’t know.”

Talk to me about bawse versus boss.​

“Boss is very much associated with the workplace. You think of a boss at work that you answer to. A bawse is not restricted to the workplace. It’s like a lifestyle. It’s your personal life, how you communicate, how you hustle. Every facet of you, if you do it to the best of your ability, you do it like a bawse.”

And are you living that 24/7 or are there days when you need to take it down a notch?

Is that part of the message too?

“It is part of the message. There’s a chapter called “Pause.” And that’s because previously in my life I didn’t think burnout was a real thing to be honest. I was like this is not going to happen to me. And then I was at this amazing Google camp surrounded with amazing people in Italy, and I was having a conversation with Pharrell, and all I could think was I’m so damn tired, and I want to sleep. And then I realized that actually no, burnout is a real thing. As a bawse now, I know that it is crucial to take moments to pause, or else you wouldn’t be able to work.”

The way I look at your kind of fame is a kind of new-school fame. Does it feel like you’re part of a new wave of influence versus someone 20 years ago, 10, maybe even five years ago?

“Yes, for sure. I started making YouTube videos seven years ago. So five years ago I was still doing this. But YouTube was different than what it is now. I do think so, I think I get tweets all the time that are so confusing to me. They say my biggest inspirations are Britney Spears, Madonna and Superwoman. I’m like….”

How did I end up in there?

“But to the younger generation, they don’t know the difference. They just know celebrity. And I grew up where my definition of a celebrity was you’re in a movie, or you have music. But that’s not the case anymore. I think digital creators to the younger generation are completely equal to other mainstream – for lack of a better term – celebrities.”

To contrast you with these “mainstream” celebrities, do you feel a greater responsibility to your fan base?

“I wouldn’t be able to fairly say, but I do think that the relationship I feel personally is a little bit different. Because I think I’m a little more accessible. I think that a lot of my peers are also a little bit more accessible. Whether that’s true or not is a different story but we engage so much on social media. I do a live stream every month, I do so many live shows, I do so many meet-and-greets. And it’s also the nature of what we do. I make videos in my room. And so people feel like ‘oh, I know you, you’re like my sister, I’m just like you.’ When people see me in the street they literally run up to me, jump on me and hug me as if we’re best friends. And so I think the relationship is just a different dynamic.”

But you don’t know anything about them. Does that feel weird to you?

Have your fans grown up with you?

“Yes, my demo recently shifted upwards. So it used to be like 15 to 24, now it’s like 18 to 24. There are still a lot of younger fans but the core of it has shifted up. Because, yes, they have grown up with me. I’ve grown, my content has grown. I’m still PG and family friendly but sometimes I’ll throw in like a sex joke here and there, and it’s fine, no one explodes. So I definitely think it’s kind of special. I think we’ve all grown together.”

“When I started on YouTube, nobody knew that you could make a living off of YouTube. I started because I was sad, and I wanted to be happy. And a lot of my peers who started around the same time, it was for the same reason. We were all messed up in some way. We had anxiety, we were loners, and we turned to YouTube. But now when people start YouTube it’s: ‘I want to be a YouTuber, I want a career, I want to make money, I want to be famous.’ And it’s much more of a business now.”

And people go into it so deliberately. Do people come up to you and ask you for advice?

“Yes, they always ask for advice, and my main advice I give them is that hey, aside from all the other reasons you want to be on YouTube, yeah you want to have a little fame, you want to make money. Unless you have something to say, like a point of view and a passion, it’s probably not going to work. Because that’s not the root of everything I do. I’m really passionate about happiness and making people laugh, and I love comedy. I feel like you could so see through someone who just wanted to make money off youtube.”

Was there a moment in your life where you realized, ‘hey, I’m funny?’

“I was the last person to realize that I’m funny. Everyone else thought I was funny. Even now sometimes I’m like I’m not funny. I didn’t start YouTube being like I’ve got skill in comedy so let me make videos. I was experimenting. My first video was a spoken word piece, my second video was a tutorial, and then I tried at a comedy video and had a lot of fun doing it, which is why I did another one, and people started to tell me I was funny. I was like ‘really? I’m just being myself. Are you just laughing at me?’ But I’m literally just being myself on camera. Of course now I know things about comedy, I’ve never studied it, but I know techniques and things like that from experience now. But I honestly was the last person to discover I was funny. I think I just started watching my videos and I was like laughing. I was like ‘damn, I’m funny.’”

And are there any other totally random non-YouTube, non-comedy related hobbies that you have?

“I’m really good at Bejeweled and I don’t know why. I am like lightening speed. I used to bake cakes. Like Cake Boss style cakes. One of my very first videos was actually a tutorial about that as well. It drives me crazy though. It takes like 20 hours to make a cake.”