Laura Linney returns to her art-house roots in the new film Jindabyne. 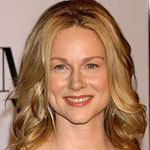 When actors are nominated for Academy Awards and Golden Globes, it tends to tarnish their indie rep, but Laura Linney manages to retain that cinematic honour in spite of her success. This month, the Juilliard-trained actress returns to her indie roots in the art-house movie Jindabyne. The subject matter — hardly blockbuster material — revolves around a group of men on a fishing trip who encounter a dead girl in the water. Instead of reporting their findings immediately, they spend the day with their rods. Once the news is out, their wives are horrified — especially Linney’s character, Claire. She can’t fathom how her husband, Stewart, played by Gabriel Byrne, could be so callous. He is puzzled by her reaction — after all, the girl is dead — and their once-happy marriage is now in jeopardy. ELLE had a chance to chat with Linney after the film’s screening at the Toronto International Film Festival.

What drew you to this role?
“Believe me, I know this isn’t an easy movie. The material is very layered. When I read the script, I knew that it had great potential, and I just love Ray Lawrence; he’s a great director.”

You’ve starred as Gabriel Byrne’s wife in two other films: A Simple Twist of Fate and P.S. You’re practically married!
“When you know someone for so long and you work together over a period of time, it’s terrific. I love Gabriel. This is our third marriage, but I think that our bad marriage gets better every time!”

At a young age, you were exposed to theatre through your father [Romulus Linney], a playwright. You also like to tread the boards between film projects. Which do you prefer: theatre or film?
“I love the discipline and ritual of theatre. I love the fact that there’s time to make things better. You don’t get that in films; you just have one shot and that’s it. But I love movies too. I love the technical challenge of film and that you never know if it’s going to work or not.”

Is there something you would do instead of acting?
“Teach, maybe. I worked with the deaf for a while, and I really enjoyed that.”

What do you love most about your career?
“The great thing is that you are constantly learning new things.
For this film, I went to Australia and had a chance to learn about its history. It’s wonderful that my world is getting bigger and bigger. I’m very lucky. I can’t complain.”