"I was a baby": Nicole Kidman opens up about her marriage to Tom Cruise

Still, she has no regrets. 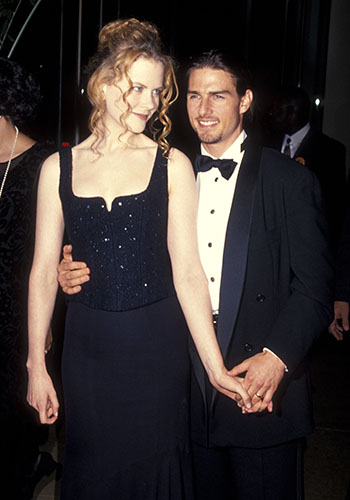 Nicole Kidman has famously maintained her silence on her marriage to Tom Cruise (lasted 17 years, ended in 2001, two children adopted during it), so let’s not over hype a few comments she made to The Evening Standard newspaper. They’re not giant revelations, nor is it some sort of raw tell-all situ, but still…it’s more than we’ve heard.

When asked if her second marriage (to country singer Keith Urban” is different because of lessons learned the first time around, Kidman, 48, said:

“Any time you have a chance again at something is good, but each combination of people is different.”

She went on to say:

“I was a baby when I married Tom, but I don’t regret any of it. But out of respect for Keith, I don’t tend to discuss any of that now…”

She did share this bit of advice, however, on lessons learned post-split:

“Be the best you can be, not the worst, and think of the children.”

Prince George is SO excited for Christmas

Why did Will tell Kate she needed to stop flirting?!