The mini-mogul adds to her empire of Stuff by Duff and pop music -- get ready for more Hilary Duff movies. 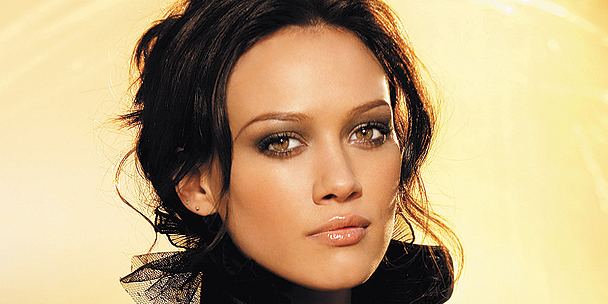 Hilary Duff could teach a course in time management. Besides tending to her fashion line Stuff By Hilary Duff and minding her music career, the 20-year-old mogul found time to shoot four movies this year. The first to hit theatres is Foodfight! — Lawrence Kasanoff’s kooky, computer-animated tale about “food gone wild” after-hours at a supermarket. Duff is the voice of Sunshine Goodness, a character on a raisin box. “She is the girl everyone loves, and she gets kidnapped,” says Duff. “It was cool not having to go through makeup, but they did film my face so they could bring my expressions into the cartoon character.”

Duff got her first big acting break playing Wendy in the 1998 TV movie Casper Meets Wendy, and she has already had some major big-screen successes, including Cheaper By the Dozen, The Lizzie McGuire Movie and A Cinderella Story.

Eager to play new roles, Duff says that she almost passed on the chance to play a pop singer in War, Inc. alongside John Cusack and his sister Joan, Marisa Tomei and Ben Kingsley. “I was like, ‘Nah, I don’t even want to look at it,’ but my agent said, ‘I think you should because the character is so different from who you are,’” explains Duff. “She’s stuck in a world of controlling adults, so she’s incredibly bitchy. She has a big bark but a small bite.”

Her other two film projects — Greta and Safety Glass — are both coming-of-age tales. In Greta, Duff plays a young woman who was left traumatized after watching her dad commit suicide when she was a girl. “It’s something that has been eating away at this young woman her whole life, and she’s just trying to find her purpose,” explains Duff. In Safety Glass, which takes place around the time of the 1986 Challenger space-shuttle disaster, Duff plays a pretty and popular high school student who is suspected of having an affair with a teacher. “She’s kind of promiscuous, but she’s also deep; people don’t really give her credit for it.”