The punk-chick dishes to ELLE Canada about her new CD and her new sound. 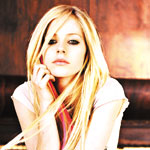 In many ways, Avril Lavigne is singing in character on her new album, The Best Damn Thing (Sony/BMG). Now happily married to fellow Canadian Deryck Whibley of the rock band Sum 41, she doesn’t really want to steal someone’s boyfriend, as she sings rather haughtily in the snarky single “Girlfriend,” and there’s no specific situation that inspired her to write “I’m sick of this shit…. You’re a waste of time” in the pissed-off, empowering rocker “I Can Do Better.”

“A lot of the stuff on this record is not literal,” says Lavigne, 22, whose first two albums have sold a combined 23 million copies worldwide. “That’s what I like about this record: it’s not a diary like my other records — especially my last one, where there were all these feelings and emotions I was going through. This one is mostly just stuff; it’s just fun topics. It’s not serious at all.”

The album, her third since debuting in 2001 with Let Go and the follow-up to 2004’s Under My Skin, is a mix of big, gorgeous ballads that showcase her enormous voice (“Keep Holding On,” her hit from the Eragon soundtrack, and “When You’re Gone”); fun, fast rockers (“I Can Do Better” and “Everything Back But You”) that would do any Warped Tour band proud; and lighter pop-rock (“Contagious”).

Some of the songs are ideally suited for a call-and-response with a live audience — perfect for when she finally tours at the end of 2007 or in early 2008. The title track, for instance — one of the best damn songs on The Best Damn Thing — includes lines like “Let me hear you say ‘Hey, hey, hey’” and “Let me hear you scream loud.” But Lavigne says that when she’s writing a song, she never envisions what it might be like to perform it.

One rather ambitious thing she did do — after finishing the new album in Los Angeles, her home base, with producers Dr. Luke, Butch Walker, Rob Cavallo and Whibley — is re-record the chorus to “Girlfriend” in seven languages: Japanese, Spanish, French, Mandarin, German, Italian and Portuguese. “The song is really fast, and there are a lot more syllables in some of the other languages, so the challenge was trying to fit all the words in,” says Lavigne. “I had a translator for each language, but it was really, really hard.”