Here's How You Can Participate in #WhyWeWearBlack​

You don't need to be at the Golden Globes to take part. 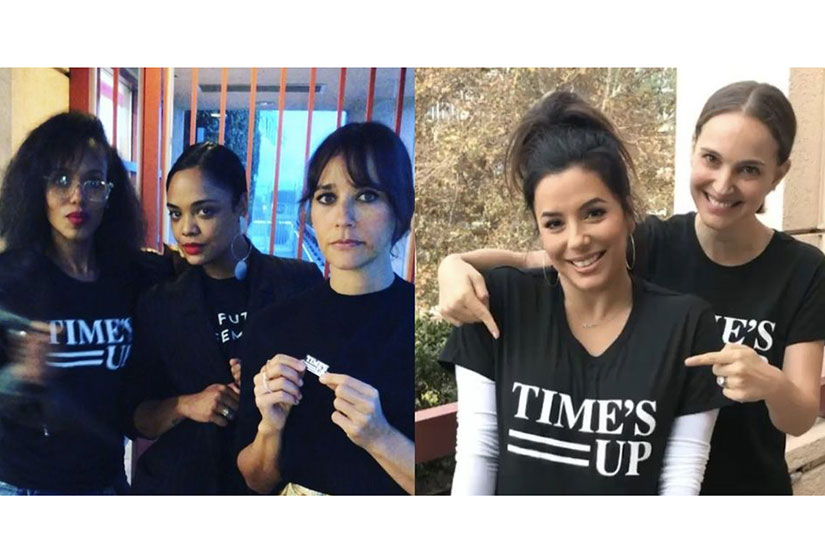 Hollywood stars will be wearing black on the red carpet tonight at the Golden Globes, as part of the TIME’S UP campaign, which seeks to put an end to sexual assault, harassment, and inequality in the workplace. But why have actors chosen to wear black, and how can people at home take part?

Of the decision to wear black to the Golden Globes, Kerry Washington told the LA Times, “We decided we didn’t want to boycott, because there were a lot of our peers who were being nominated… it was stronger to participate, but make sure we had a public sign of support.” As such, wearing black will signify a celebrity’s support of TIME’S UP on tonight’s red carpet, and people around the world are encouraged to take part online by posting photos of themselves.

HEY! We at @TIMESUPNOW are asking that wherever you are, whoever you are, please join us and wear black in solidarity TOMORROW. Share your stories and pics using the hashtags #TIMESUP and #WHYWEWEARBLACK. For more info check link in bio ?

Tracee Ellis Ross posted a video featuring a plethora of Hollywood stars including Reese Witherspoon and Kerry Washington, and encouraged everyone to “post pics and videos wearing black tomorrow with the hashtags #TimesUp and #WhyWeWearBlack, and tell us why you wear black and we’ll share!” The campaign wants to give a voice to those who have previously been silenced, by giving everyone a chance to share their stories.

People have already begun posting photos with #WhyWeWearBlack on social media, ahead of the Golden Globes. It’s clear that the TIME’S UP campaign is only growing, following the news that several high profile actresses will be taking activists to the ceremony tonight.