And confirms that a second solo album is indeed happening. 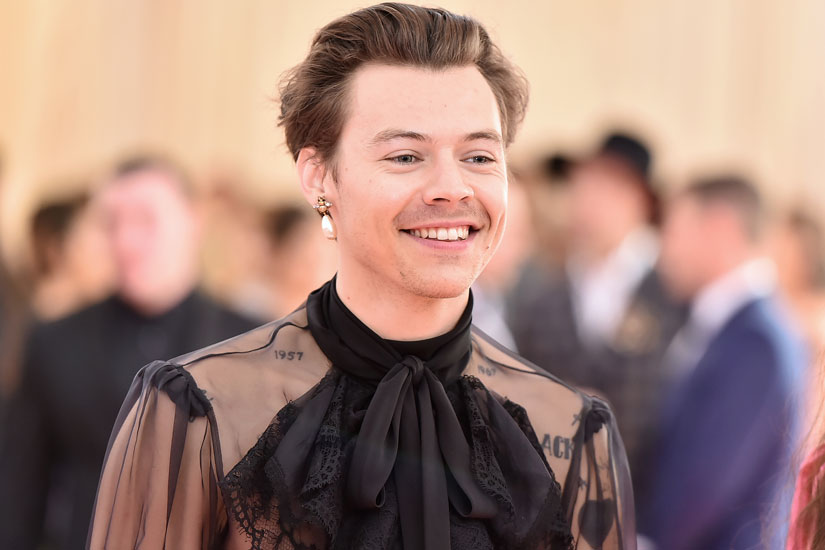 One way to start our week off right? A brand-new Harry Styles profile (thank you, Rolling Stone), in which he opens up about his love life, new music and, yes, One Direction. Here are five new things we learned about the 25-year-old musician.

His sophomore album is coming…eventually

Styles confirmed that he’s putting the finishing on his second solo album (his first, the self-titled Harry Styles was released in 2017), though he didn’t hint at when exactly we’d get to listen to it. The album, in his own words, is “all about having sex and feeling sad.” Consider us intrigued.

Styles does not shy away from talking about his drug use, saying that he did “a lot” of mushrooms while working on his upcoming album. One instance even led to a…slight mishap. “This is where I was standing when we were doing mushrooms and I bit off the tip of my tongue,” he told reporter Rob Sheffield while in a Malibu studio. “So I was trying to sing with all this blood gushing out of my mouth. So many fond memories, this place.” Ouch.

He credits meditation for changing his mindset

That’s right. Harry Styles meditates now. At first, he explains, he was skeptical of the practice but then it actually helped him feel more open. “I think meditation has helped with worrying about the future less, and the past less,” he says. “It’s not always the easiest to go in a room and say, ‘I made a mistake and it made me feel like this, and then I cried a bunch.’ But that moment where you really let yourself be in that zone of being vulnerable, you reach this feeling of openness. That’s when you feel like, ‘Oh, I’m fucking living, man.’”

Styles got real about some of the stresses involved in being in what was, at the time, the world’s biggest boy band. But he later adds that he truly loved being a member of One Direction, and doesn’t feel the need to distance himself from his past. “I know it’s the thing that always happens. When somebody gets out of a band, they go, ‘That wasn’t me. I was held back.’ But it was me. And I don’t feel like I was held back at all. It was so much fun. If I didn’t enjoy it, I wouldn’t have done it. It’s not like I was tied to a radiator.”

Styles readily calls himself a feminist. In his mind, it’s quite simple: women and men are equal. “That doesn’t feel like a crazy thing to me. I grew up with my mum and my sister — when you grow up around women, your female influence is just bigger. Of course men and women should be equal. I don’t want a lot of credit for being a feminist. It’s pretty simple. I think the ideals of feminism are pretty straightforward.”