Gillian Jacobs on the Love finale and more 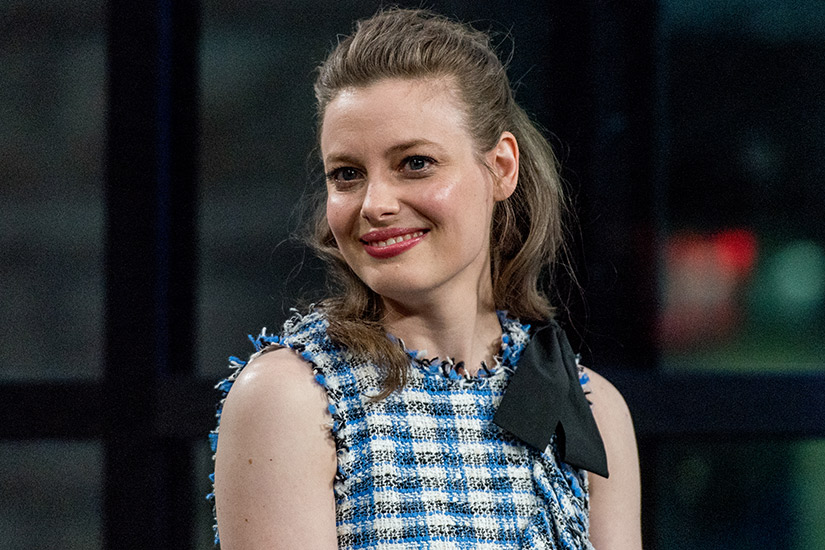 When I meet Gillian Jacobs and present her with a glass fishbowl filled with hot pink Post-it notes, the actress doesn’t even blink. The affable and smiley actress, who was at Toronto’s AGO to fete Diet Coke’s latest flavours, was up for a rapid-fire Q&A for ELLE’s Insta stories. After tackling each Post-it, from her dream day off (sleep, and lots of it) to her preferred Diet Coke flavour (Feisty Cherry), Jacobs and I sat down for a more low-key, but nonetheless insightful chat about her career, the finale of her hit Netflix show Love and how her style differs from that of her on-screen alter-ego.

With Love, it was so exciting to have a show end without being drawn out. Do you think Mickey and Gus are going to live happily ever after now that they’re married?

It’s going to be a happy ending with an asterisk, at the very least. They have some serious issues that they are in denial about, so I don’t know what their marriage will look like. I have the highest hopes for them, but I think they would encounter a lot of obstacles along the way.

And in terms of relationships, did you learn anything from the show?

Absolutely. I didn’t know anything about Sex and Love Addicts Anonymous. That was a huge revelation to me, learning about the program, attending some meetings and reading literature about it. I feel like it’s given me such insight and so that has been pretty incredible. The show, I think, has been a real gift to a lot of people in making them aware of the program, and helping me understand so much more about relationships and love, and sex and love addictions.

Let’s go into your style on the show. Is it similar to your actual style, or totally different?

I like pattern, I like print. I am a bit more feminine in my day-to-day life than Mickey. She’s far more bold with her office wear than I probably would be.

Yeah, she has a pretty cool job that allows her a lot of flexibility.

Yes, they’re very tolerant of her. I think her boss is afraid of her, so she’s allowed to wear basically whatever she wants.

Have you taken anything away from the costume design on Love?

I never took anything because I felt like it was so important that Mickey have all the pieces in her wardrobe. So, unlike Community where I would just take all the sweaters. But with Love, I felt like it was really important to keep the wardrobe intact. Jennifer [Eve], our costume designer had such amazing styles. I’m not as cool as her, so I can’t replicate that in real life.

I love when characters dress like that on TV, because it’s so much more relatable when they don’t have a bottomless closet.

Yes. That’s also why I felt like I couldn’t take anything from the show, because [Mickey] should repeat the outfits.

It’s kind of cool, because I do see some girls, especially around L.A., and I’m like, “That’s a total Mickey outfit.” I guess the outfit that is the Mickey outfit, which drove me crazy, would be the bathing suit under those jeans. They were vintage jeans with no give in them. [Jennifer] always put me in these non-elasticized jeans, and then combine that with having to wear a bathing suit underneath them, it was just like a permanent wedgie. Everyone on set knew how uncomfortable I was in that outfit, but people loved it.

Mickey’s formal wear game was pretty great, too. She cleans up well.

I know, she’ll really splurge. She had some Prada shoes that hurt, but they looked really good.