Gigi Hadid Shares The First Images of Her Pregnancy 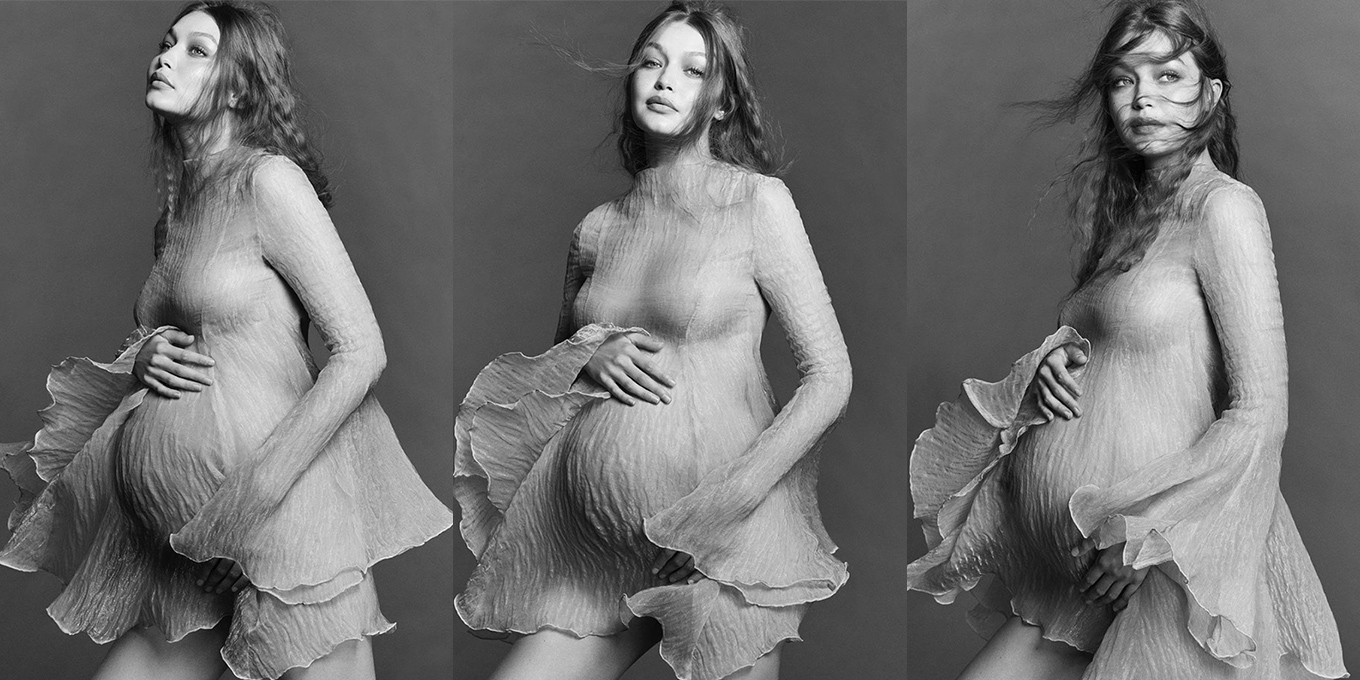 Gigi Hadid is due to give birth to her first child with boyfriend Zayn Malik any day now, and although the model has kept her pregnancy relatively private over the past few months, today she took to Instagram to share some pictures showing off her baby bump.

“Growin an angel :),” the first photo caption reads, as Hadid, clad in in a draping white dress, clutches her stomach. The second set of images are captioned with a date, July 26, 2020 – presumably referring to when the images were taken. “Cherishing this time. appreciate all the love & well wishes ♡ will never forget creating these special images with my friends @luigiandiango @gabriellak_j @erinparsonsmakeup thank you. I love you!” she captioned the third post.

Hadid first confirmed her pregnancy back in April, after reports emerged that she was 20 weeks pregnant. She has since taken to Instagram Live to explain why she has been maintaining a low profile throughout the pregnancy.

“Obviously I think a lot of people are confused why I’m not sharing more but like, I’m pregnant through a pandemic, like obviously my pregnancy is not the most important thing going on in the world,” she said, as reported by ELLE US. “That’s a reason that I felt that it’s not really something that I need to share apart from with my family and friends. Obviously a lot of people have lost lives due to coronavirus that was in the beginning of quarantine and still happening. And then we moved obviously into the reemergence of the BLM [Black Lives Matter] movement, and I thought that our presence on social media should be used for that.”

“I have been taking a lot of pictures of my bump and sending it to friends and family and it’s been very cute and exciting and I’m trying to document it well because I’ve heard a lot of people say obviously make sure you don’t miss it,” she continued. “And I will be sharing stuff like that in the future. I just am not rushed to do it, and I feel like right now I just want to experience it ,and I write in my journal a lot, and I just don’t want to worry about waking up everyday during my pregnancy and like worry about having to like look cute or post something and like so, a lot of questions were about that and I just wanted to do that.”

cherishing this time. appreciate all the love & well wishes ♡ will never forget creating these special images with my friends @luigiandiango @gabriellak_j @erinparsonsmakeup thank you. I love you!

According to E!, Hadid and Malik are spending the final days leading up to the due date in New York City, with a source telling the site that Hadid’s mother, Yolanda, and sister, Bella, are with the couple.

“Zayn and Gigi are really excited and have been loving this experience together,” a source said. “They both are reading parenting books, have had fun planning the nursery and picking out items together. Things are going really smoothly, and they are closer as a couple more than ever.”