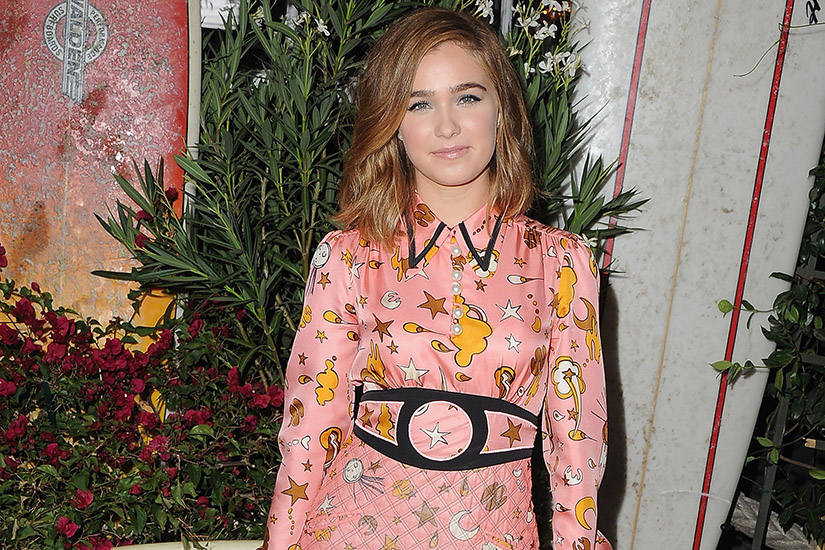 “Goofy” seems like such an old-fashioned word, but after a 30-minute conversation with Haley Lu Richardson, we felt it was the most apropos adjective to describe the 21-year-old—that and “delightfully, disarmingly unaffected.” This is one young
actress who is not “cool,” and she’s not even pretending otherwise. Case in point: Within 30 seconds of our getting Richardson on the phone, she’s laughing as she tells the story of her ill-fated tenure on the high-school track team. “It was my first race at my first meet,” she recalls. “I looked behind me to see if anyone was catching up to me…and then I just dove into the ground and did like five somersaults. I finished rolling a few inches from the finish line. I sat there criss-cross apple sauce as all these people ran by me.”

Richardson, an Arizona native, has lived in Los Angeles since she was 16, wedging her foot in the door with momentum-building-type roles such as a lead part on the short-lived TV show Ravenswood, a critically acclaimed turn in indie film The Bronze and most recently as Hailee Steinfeld’s BFF in the buzzy The Edge of Seventeen.

“Slow and steady wins the race,” she says of her career thus far. “I see people who work really hard and don’t get a break until they’re 50, and then I see people who book the first thing they audition for and then get really busy and overworked and burned out.”

Next stop on that path? A lead role in M. Night Shyamalan’s latest film, Split, out now. “I thought you were supposed to call him ‘M. Night,’ so in all my emails to him and on the phone before we met I was calling him that,” says Richardson of working with the director best known for The Sixth Sense…who goes by “Night.” “I was an idiot.”

In the film, Richardson plays a woman abducted by a man with dissoci-ative identity disorder. If this sounds a bit like 2015’s Oscar-nominated Room…. “It’s very different,” protests Richardson, unfortunately hamstrung by not wanting to give away the twist. “It’s really cool and creepy.”

When she’s not on-set, Richardson says she can be found “eating and crocheting”—usually at the same time. “Right after a meal I’m full, and then I burp and it kind of releases and I’m hungry again,” she says. “And I crochet pretty much all the time too. I always bring my yarn on-set.” (In fact, she stocks an Etsy store, called Hooked by Haley Lu, with her handicrafts.)

If you’re wondering about the “Lu” in her name, so is she. “I honestly don’t know why, but my dad came up with it,” she says. Like Cindy Lou Who in How the Grinch Stole Christmas? “Exactly!” she says. “I kind of look like her because I’ve got one of those noses with a ball at the end. If they do a remake, I could definitely play her.”