The Duchess' good friend won't stand for how she is being treated. 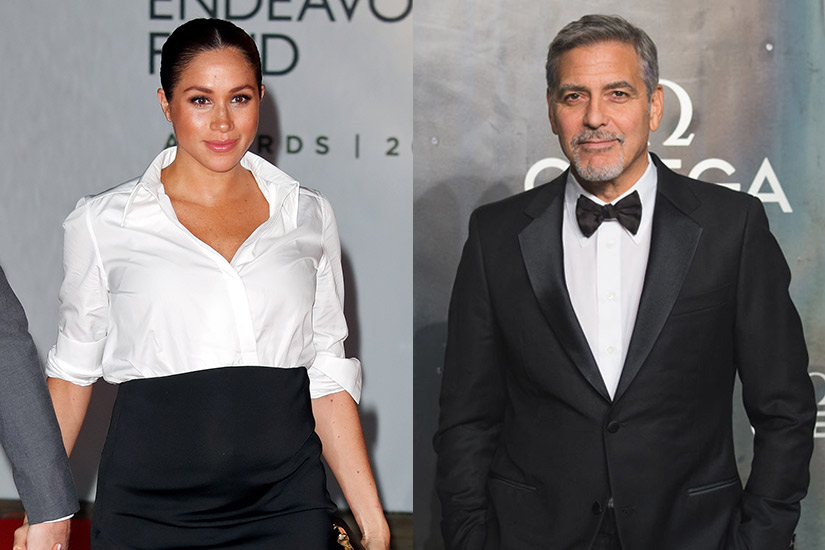 After Meghan Markle’s father, Thomas Markle, seemingly released personal and handwritten letters from his daughter, many of the press and public have urged for him to stop, and for media outlets to not encourage persistent attacks on the pregnant Duchess.

Now, actor and close friend to the former Suits star George Clooney has joined the concerned chorus, echoing many’s sentiments that criticism of the 37-year-old is erring into dangerous territory.

Whilst speaking to Who magazine, the father-of-two said: “They’re just chasing Meghan Markle everywhere, she’s been pursued and vilified.”

The Ocean’s 11 star continued, “She’s a woman who is seven months pregnant and she has been pursued and vilified and chased in the same way that Diana was and it’s history repeating itself.”

“We’ve seen how that ends,” Clooney, who was a guest at the royal wedding in May alongside wife Amal Clooney detailed ominously.

“I can’t tell you how frustrating that is, just seeing them broadcast a letter from a daughter to a father, she’s getting a raw deal there and I think it’s irresponsible and I’m surprised by that.”

In the same interview Clooney denies that he is set to become the royal baby’s godfather, saying, “I’m the father of twins, I have enough sh– to deal with—literally!”

Back in November, prior to Markle and Prince Harry even announcing their engagement, Kensington Palace released a statement attempting to thwart the, “wave of abuse and harassment” to which Markle was being subjected.

They wrote in November of 2016, “Some of this has been very public—the smear on the front page of a national newspaper; the racial undertones of comment pieces; and the outright sexism and racism of social media trolls and web article comments.”

Since then, the Californian has received ongoing bizarre criticism about everything from her clothing to how she holds her baby bump.

We’re with Clooney on this one—no one, let alone a pregnant philanthropist, deserves this level of abuse.